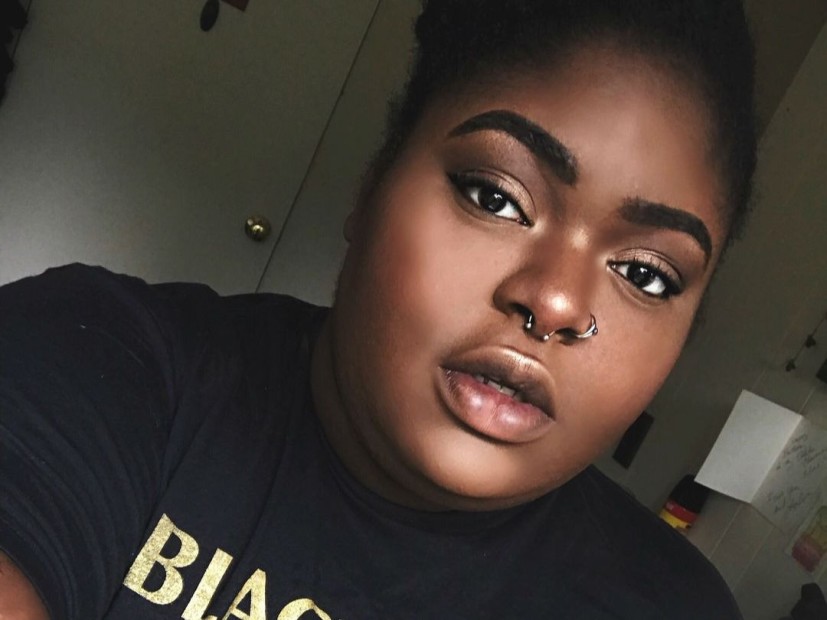 Chika captivated a massive audience when her Instagram video response to J. Cole’s “1985” went viral in April. Although the 21-year-old Alabama native had already relocated to New York City and was actively working on her craft, the Cole video was the catalyst she needed.

“The J. Cole video was probably my starting point but energy wise, it was when I moved to New York ’cause my courage and stuff started getting more serious,” Chika explains to HipHopDX. “I guess I was like, ‘Well, I’m gonna be broke until I make something of myself, so I have to go out there.’

The original version of “1985” serves as an ominous warning to the younger generation of rappers and predicts a grim future on Love & Hip Hop if they continue putting out vapid content.

While the concept itself is noble, Chika took issue with the line, “All these niggas popping now is young/Everybody say the music that they make is dumb/I remember I was 18/Money, pussy, parties, I was on the same thing.”

“I was really working my ass off around that time, and don’t get me wrong, I really liked it [the song],” she explains. “I love the album and J. Cole’s probably my favorite rapper right now. But the stuff he was saying in it, I feel like men get a pass to be mediocre. There are so many lines in ‘1985’ that are like, ‘I remember I was 18 and you go see parties, I was on the same thing.’ And I think about when I was 18 and I didn’t talk anything like you people. I was a little bit like taken aback.

“I wanted to show that you can at least do both. Just because you’re young, you don’t have to not know what the fuck is going on and what you’re saying. So, I really felt drawn to the song ’cause I wanted to show that it was possible without subtracting from the work of what I’m saying.”

In a culture that routinely separates male and female MCs into their own categories, Chika understands why it’s done but doesn’t necessarily like it.

“I think people kinda automatically do it just because that’s the name of the game,” she says. “I don’t think it’s really ill-intended. It’s just kinda dumb. Skill has nothing to do with gender and that’s been proven time and time again. There’s so many men and they’re not touching anything that the female MCs are doing these days.

“Separating them is almost as an insult to a lot of female rappers. Not myself — I’m good. I don’t care what people do ’cause I know who I am. But there’s so many great MCs out there that are overlooked constantly because we’re separating categories instead of just making one. If we were to make them one, it would change a lot of people’s rankings to be honest. But that’s a scary thought for a male-dominated industry. So many have not been able to make it because of how the industry is set up.”

With her sights firmly set on a promising future, Chika is readying her first EP, which she plans on delivering in October.

“My fans have been waiting too long,” she says. “I want to reward my true supporters with a good project. A good solid one. A few features here and there. I’ve been working on the album too, like currently, and it should be 2019 with that.”