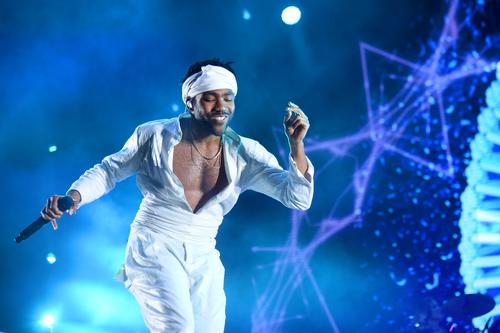 With the 2018 Grammy Awards just around the corner, the anticipated musical ceremony has revealed a few the performers set to take the stage.

RELATED: Q-Tip Fires Shots At The Grammys For Snubbing A Tribe Called Quest

Childish Gambino will be one the acts to showcase his talents since his last album was dropped in 2016. Fans his musical presence should be excited as he hasn’t been on the radar for a while, with his appearances being lent to the film and television world. Just last month Childish was spotted in the studio with the likes Quavo, so hopefully, 2018 will bring some fresh collaborations from the “You See Me” rapper.

The ceremony takes place at Madison Square Garden on January 28th and will be hosted by James Corden. This year’s nominations saw hip-hop albums receiving some well-deserved love with Record the Year & Album the Year having Jay Z, Kendrick Lamar and Childish going head to head.

Of course, every year comes with a little controversy, and this year left many fans shocked that Cardi B got a nomination with her “Bodak Yellow” over Nicki Minaj’s “Anaconda.” Check out some the Twitter reacts here.

Keep it locked on HNHH for more performance reveals. Who do you guys want to see hit the stage this year?