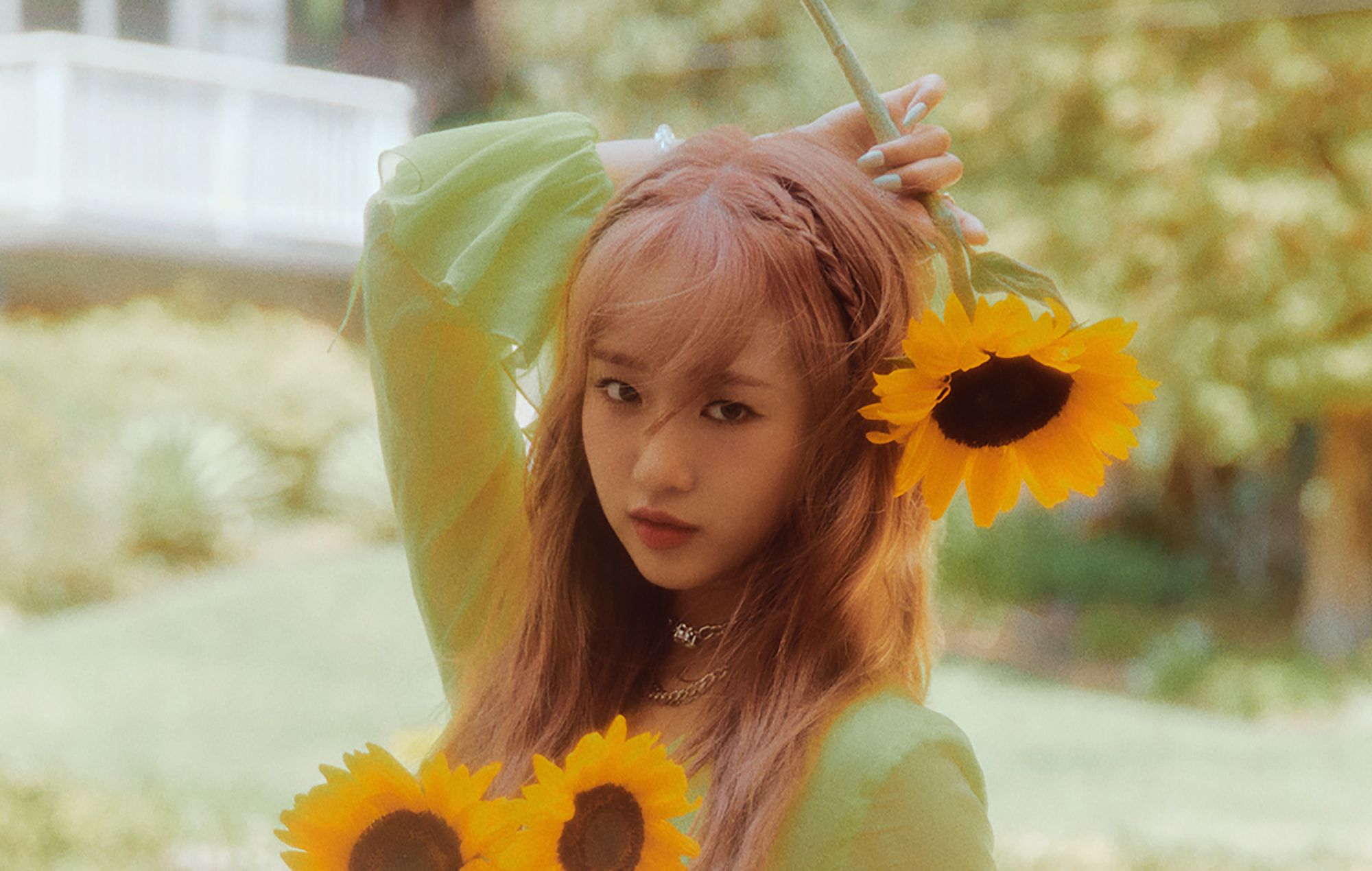 Choi Yoo-jung makes solo debut with ‘Sunflower’: “I feel a lot of pressure… but also anticipation and excitement”

A quick scroll through Choi Yoo-jung’s Instagram feed immediately reveals two things: The singer’s love for sunflowers, and her affinity for the colour yellow – be it in nature, fashion or food. “I had no clue! I guess I’m drawn to yellow without realising it,” the Weki Meki singer confesses when NME brings this up.

That’s not too surprising. After all, the 23-year-old idol is known for her infectious optimism – the very personification of the joy so often associated with the colour. It is this lively optimism – and her dexterity as a performer, of course – that has propelled Yoo-jung’s success thus far.

“It would be a lie to say there is only a little pressure about being a soloist without being all together as eight members, but I’m trying my best to enjoy it”

Six years ago, she stepped into the spotlight in Produce 101, where she became the reality competition franchise’s first “center”, elected by her peers to lead a hundred other trainees in their debut television performance. Following a successful stint on the show – and a tremendous year as part of its resulting girl group I.O.I – Choi found her place in the energetic eight-piece Weki Meki, an act that values uniqueness and verve above all else.

Now, Choi is ready to embark on a new journey, this time with her debut solo single album ‘Sunflower’, one that embodies her essence both as an individual and a performer. The three-song release is out today – before you hit play, check out NME’s conversation with the K-pop star about her evolution as an artist, the personal meaning behind ‘Sunflower’ and finally stepping out as a soloist.

Congratulations on ‘Sunflower’! How do you feel about making your solo debut after six years of being an idol?

“I think it hasn’t hit me yet! I saw the physical album before the album release, and it was really cool…

“It was strange, and I also felt proud and happy. A lot of mixed feelings came and went. It would be a lie to say there is only a little pressure about being a soloist without being all together as eight members, but I’m trying my best to enjoy it. I will have fun with the promotional activities since I will be doing the promo with good staff, with a good song and choreography, so please send a lot of love and support!”

It’s the title of your single album, but the ‘Sunflower’ is also your signature emoticon, representative flower and nickname. Would you mind sharing the meaning behind it?

“The sunflower is my symbol, a symbol that my grandfather left me. As it is my first solo release and a precious, meaningful album, I wanted [it] to contain my own ‘meaning’. That’s why I brought the keyword ‘Sunflower’ into this album.”

From its title alone, it is clear that this single album is one that is very personal and special to you. How did that shape your vision for its concept and sound?

“It’s more precious and meaningful since it’s my first solo album. I paid attention to even the little things and [spoke up] right away and had it revised [when necessary] so I wouldn’t have any regrets. I worked on this album with a more engaging attitude and mindset, as well as more ambition to do better.”

“The sunflower is my symbol, a symbol that my grandfather left me”

You have participated in writing songs for Weki Meki in the past. Was the process for this single album any different?

“I don’t think I spoke out a lot during the album-making process of Weki Meki. I think the priority for the group activities is to blend well with the members! Even if there is something I want to do, it is better to do things that everyone is good at.

“I don’t think I’m the type of person who talked a lot [when preparing for Weki Meki’s releases]. But this time, I shared a lot of opinions because I felt more responsible doing it alone.”

With 2022 being your sixth year in the music industry, what are some worries or doubts from your experience as an idol that you have now as a soloist?

“I felt it was difficult for me to perform freely on stage since I have been part of a group for a long time. So, I thought I should put a lot of effort into using the stage freely. Also, when I’m on the stage by myself, I’m aware of the fact how important it is to know for sure what looks the most attractive to me and what I’m best at, and what I like the most. I try to put great care into these, too.”

How have you evolved over the years through activities like singing, dancing, acting, and appearing on variety shows?

“I think that those activities require a lot of energy. It’s important to restore that energy as much as you use it. I didn’t know how to do that before but now, I realised how I can restore my energy, and learned [from that].”

You’re quite the all-rounder as well, filling the roles of vocalist, rapper and dancer in Weki Meki. Which of these skills first led you to pursue a career as an idol, and how did you end up discovering your talent for the others?

“I think I started out with dancing! Since I was little, I danced along while watching TV, and danced while watching my reflection in the window in my living room. I fell into music because I liked dancing, and I wanted to sing because l liked music… And as I learned how to sing, I found it fun! That’s how my dream of becoming a singer grew.”

Idol groups and soloists have to constantly reinvent themselves and push their potential to the limits. How do you find the inspiration and motivation to keep going?

“I feel a lot of pressure, anxiety, and doubt about doing activities as a soloist because I’ve been doing activities in a group so far. But there is also anticipation, excitement, and the desire to have fun. Above all, what I’m prioritising is to show my music and performance to many people as soon as possible. That is what motivates me to work hard.

“Whenever I see my fans, I feel energised. Also, because everyone calls me a ‘human sunflower’, I want to deliver my refreshing energy to [my listeners].”

Finally, what is the image you want to leave to the public as Choi Yoo-jung, both as an artist and person?

“I want to be a person who can enjoy the stage comfortably, and to make people look forward to my performances. I want to be an artist that many people want to watch whenever they hear that I am performing.”