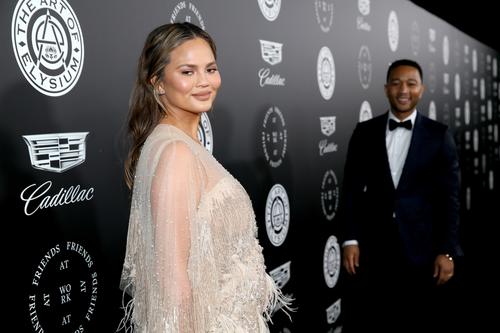 Olympian McKayla Maroney is among the 100 women who have accused former USA Gymnastics team doctor Larry Nassar sexual abuse. When Larry pleaded guilty in November 2017 to using his position to abuse young girls, many those victims had a chance to testify at his sentencing.

McKayla, on the other hand, is reportedly obliged to not say anything about her experience with the doctor, due to a 2017 Non-Disclosure Agreement. If she does take the stand, she is subject to a $100,000 fine. John Legend’s wife, Chrissy Teigen is shocked by this news and has fered to pay the steep fine as a chance for McKayla to have her word.

Just earlier today, we posted on Olympic gymnast Simone Biles who tweeted her #MeToo story being assaulted by Larry also. Her detailed tweet recounts her struggle with coming forward with her story saying: “For too long I asked myself, “Was I too naive?” Was it my fault?” I now know the answers to those questions. No. No, it is not my fault.”