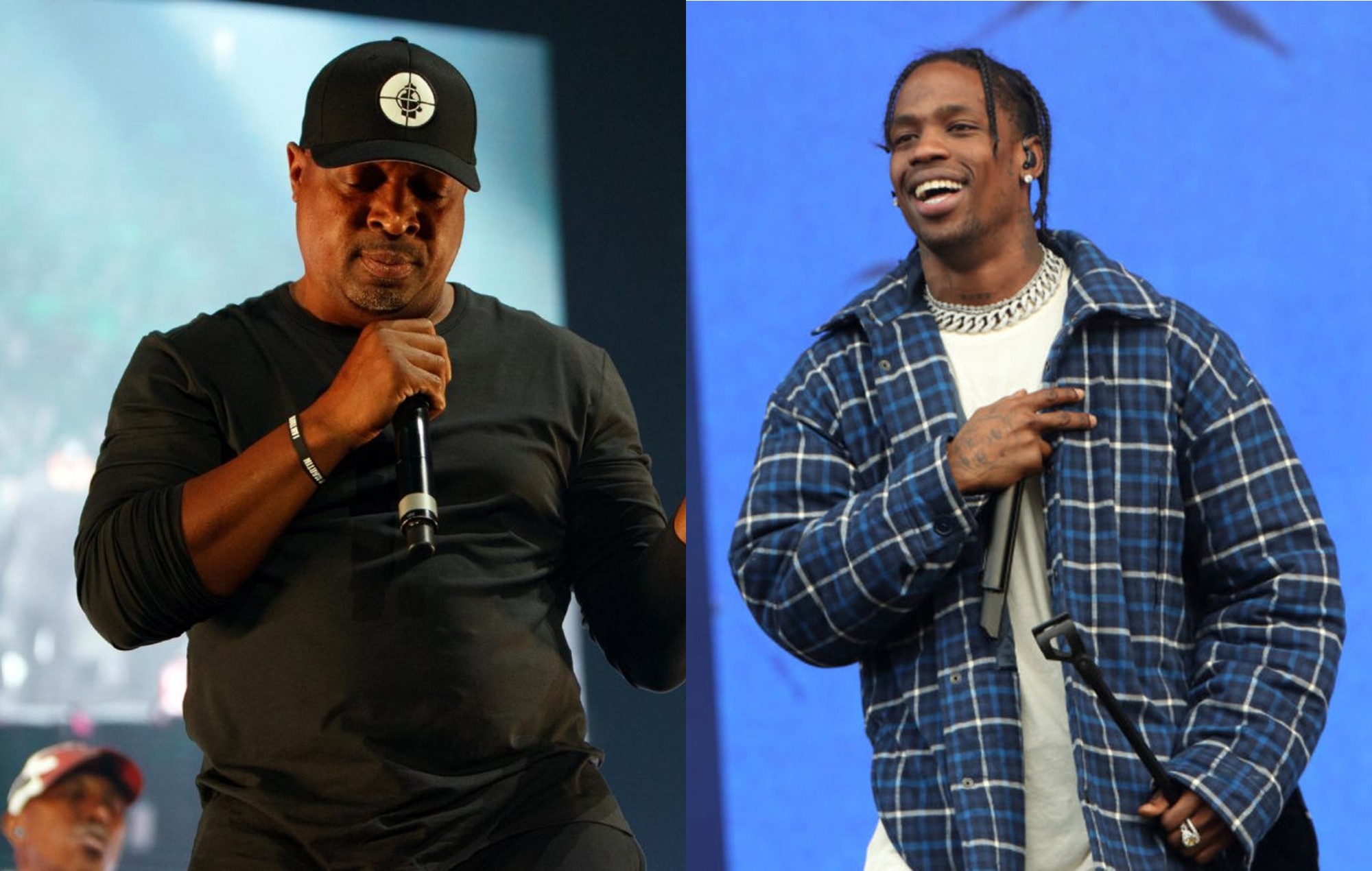 Chuck D has released an open letter defending Travis Scott and accusing concert promoter LiveNation of “shucking their most crucial responsibility” in the wake of the Astroworld Tragedy.

READ MORE: Public Enemy’s Chuck D: “When we first came to the UK, we wanted to spill blood on the stage.”

10 people died and hundreds more were injured during a mass-casualty crowd crush that occurred during Scott’s headline set at Astroworld Festival earlier this month.

In the wake of the disaster, Scott has been named a defendant in a host of lawsuits, including one on behalf of 282 clients, seeking $2billion in damages.

In a statement shared across social media, Chuck D said: “Travis Scott is a performer, not a concert promoter. He doesn’t build stages or coordinate logistics, he’s not an expert in crowd control or security or emergency medical services. But he does trust LiveNation and all the other concert promoters who are supposed to do all of this.”

The statement went on to say, “I’m tired of these corporations shucking their most crucial responsibility. This negligence can’t continue. Folks want answers. I’m not buying the Young Black Man did it. He’s being blamed for a crime while the old white men running the corps … stay quiet in the shadows, counting their money and watching their stock prices go up and up.”

“The excuse of Scott’s irresponsible actions don’t wash. If his act had a history of that behaviour why promote him to bigger venues? Why partner with him in the first place?”

The Public Enemy frontman then accused LiveNation of silencing other people wanting to speak out in defence of Scott. “LiveNation controlled the show. They control almost all of the concert venues. No one can say a word against them unless they want to be blacklisted and hurt their careers,” he claimed.

He then called on the entire team at LiveNation “and a consortium of all the major concert promoters out there to do the right thing. To step up and step out of the shadows to fix these situations and save lives. To stop letting one Young Black Man take the blame, the hate, the fall.”

“We don’t know everything that happened or exactly what failed. But concert promoters have all the power to make the changes to keep everyone safe and alive,” he added.

The CEO of ParaDocs, the medical company hired by Astroworld, has also spoken out on the crowd surge tragedy, saying that his staff faced an “impossible feat” of treating 11 people with cardiac arrests at the same time. He also said that it’s something he’ll have “nightmares about for the rest of [his] life.”

In the days after the incident, Houston Police chief Troy Finner said he “expressed concerns” to Scott regarding safety at the event in the days leading up to Astroworld while Houston Fire chief Samuel Pena has since claimed that Scott should have stopped the show earlier but also said: “I’m not prepared to say he was fully aware of what was going on.”