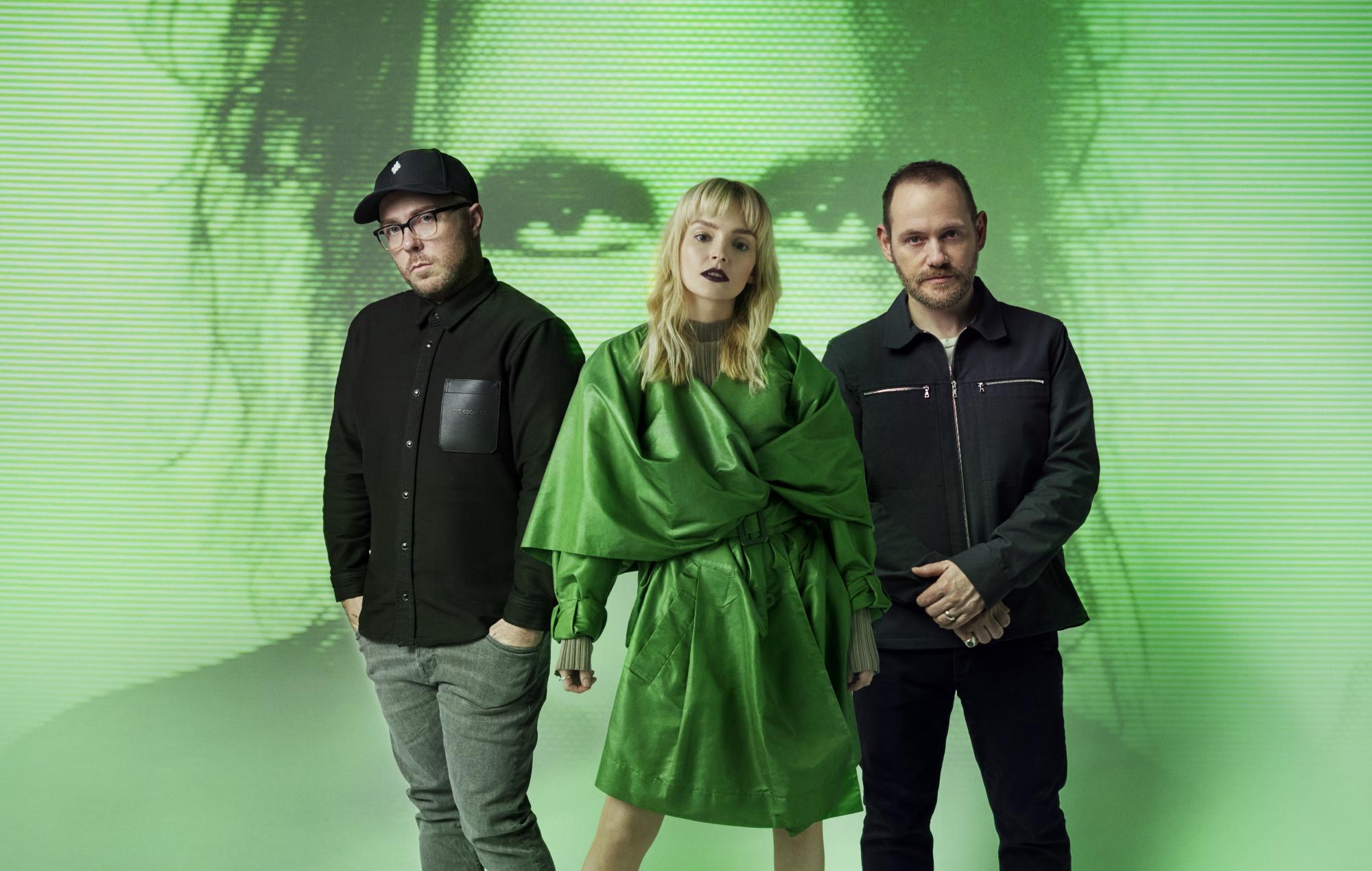 Chvrches announce new album ‘Screen Violence’, share ‘How Not To Drown’ with The Cure’s Robert Smith

Chvrches have shared details of their new album ‘Screen Violence’ and released their song collaboration with The Cure‘s Robert Smith, ‘How Not To Drown’.

The Scottish trio’s fourth record arrives on August 27 via Emi (UK)/Glassnote (US) and is their first since 2018’s ‘Love Is Dead‘. ‘How Not To Drown‘ is the second single taken from the new album following April’s ‘He Said She Said‘.

As per press material, the single with one of the band’s musical heroes explores the concept of staying conscious when you drown. Listen below.

Chvrches discuss news of the album, which you can pre-order here, and the collaboration with Smith on today’s (June 2) The Zane Lowe Show on Apple Music.

‘Screen Violence’ was originally conceived as a name for the band. The new album, which was recorded almost entirely between Glasgow and LA, will delve into screen violence in three main forms – on screen, by screens and through screens – with songs addressing feelings of loneliness, disillusionment and fear, among other emotions.

Singer Lauren Mayberry said in a statement about the record: “I think for me it was helpful to go into the process with the idea that I could write something escapist almost. That felt freeing initially, to have concepts and stories to weave your own feelings and experiences through but in the end, all the lyrics were definitely still personal.”

Bandmate Martin Doherty added: “To me, the screen aspect was a bit more literal. When we were making the record, it was like half of our lives were lived through screens. What began as a concept was now a lifeline.”

Mayberry previously said that the album has “definitely got the Chvrches DNA” but that the songs featured on it couldn’t “slot into any of the first three records”.