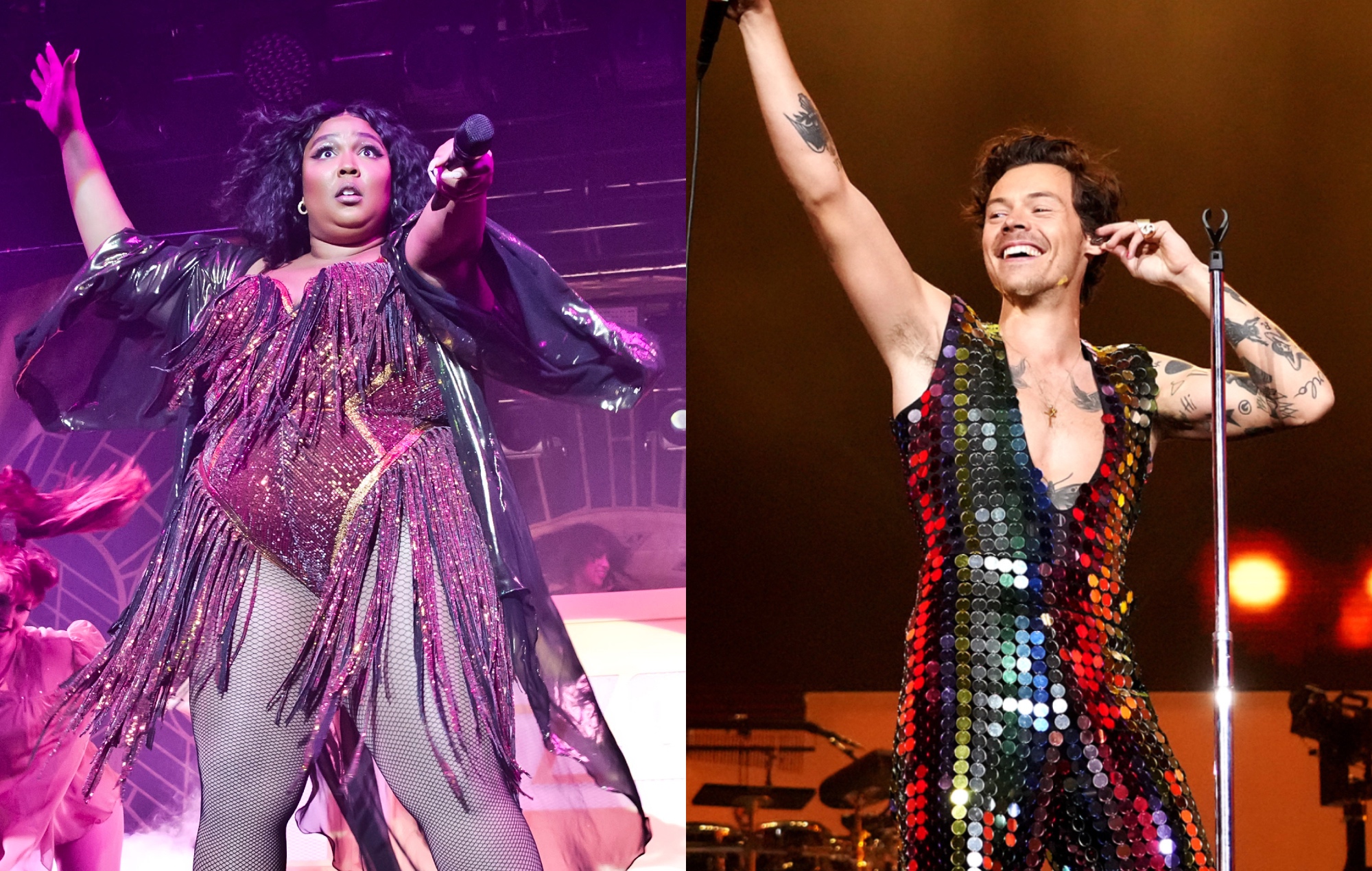 Harry Styles brought out Lizzo as a special guest during his set at Coachella 2022 last night (April 22). Check out the footage below.

The former One Direction star returned to the California festival’s second consecutive weekend to deliver another headline performance after making his debut appearance on April 15.

Towards the end of his main set, Styles surprised the crowd by welcoming Lizzo to the stage to cover Gloria Gaynor’s 1978 disco anthem ‘I Will Survive’. The pair strutted down a stage runway while wearing flamboyant matching coats, belting out the tune as they went.

Styles and Lizzo then sang a joint rendition of 1D’s 2011 hit single ‘What Makes You Beautiful’.

Lizzo had teased her appearance earlier in the day by sharing a video on TikTok of herself travelling to the festival. “I’m bored otw to Coachella,” she captioned the clip.

harry styles and lizzo singing i will survive by gloria gaynor in 2022 while wearing a pink fur is a cultural reset#Coachella  #HARRYCHELLApic.twitter.com/e2httBJ76y

Lizzo and Harry Styles perform One Direction's hit single 'What Makes You Beautiful' during his headlining set at weekend two of #Coachella pic.twitter.com/Vo2rRzmhco

Styles and Lizzo have covered each other’s music previously, with the former taking on ‘Juice’ and the latter then recording a new version of ‘Adore You’ for BBC Radio 1’s Live Lounge.

Back in 2020, the two artists gave ‘Juice’ a collaborative spin while onstage together in Miami, Florida.

During his first Coachella headline set, Harry Styles brought out Shania Twain to perform her hits ‘Man! I Feel Like a Woman!’ and ‘You’re Still The One’. He also debuted his recent single ‘As It Was’ as well as two new tracks: ‘Boyfriends’ and ‘Late Night Talking’.

It was subsequently reported that the pop star’s Coachella crowd had surpassed a huge 100,000 people.

In a four-star review of Styles’ weekend one show, NME wrote: “[…] It’s clear that he’s no longer aiming for the rock star lane, but is firmly blazing his own path through it.”