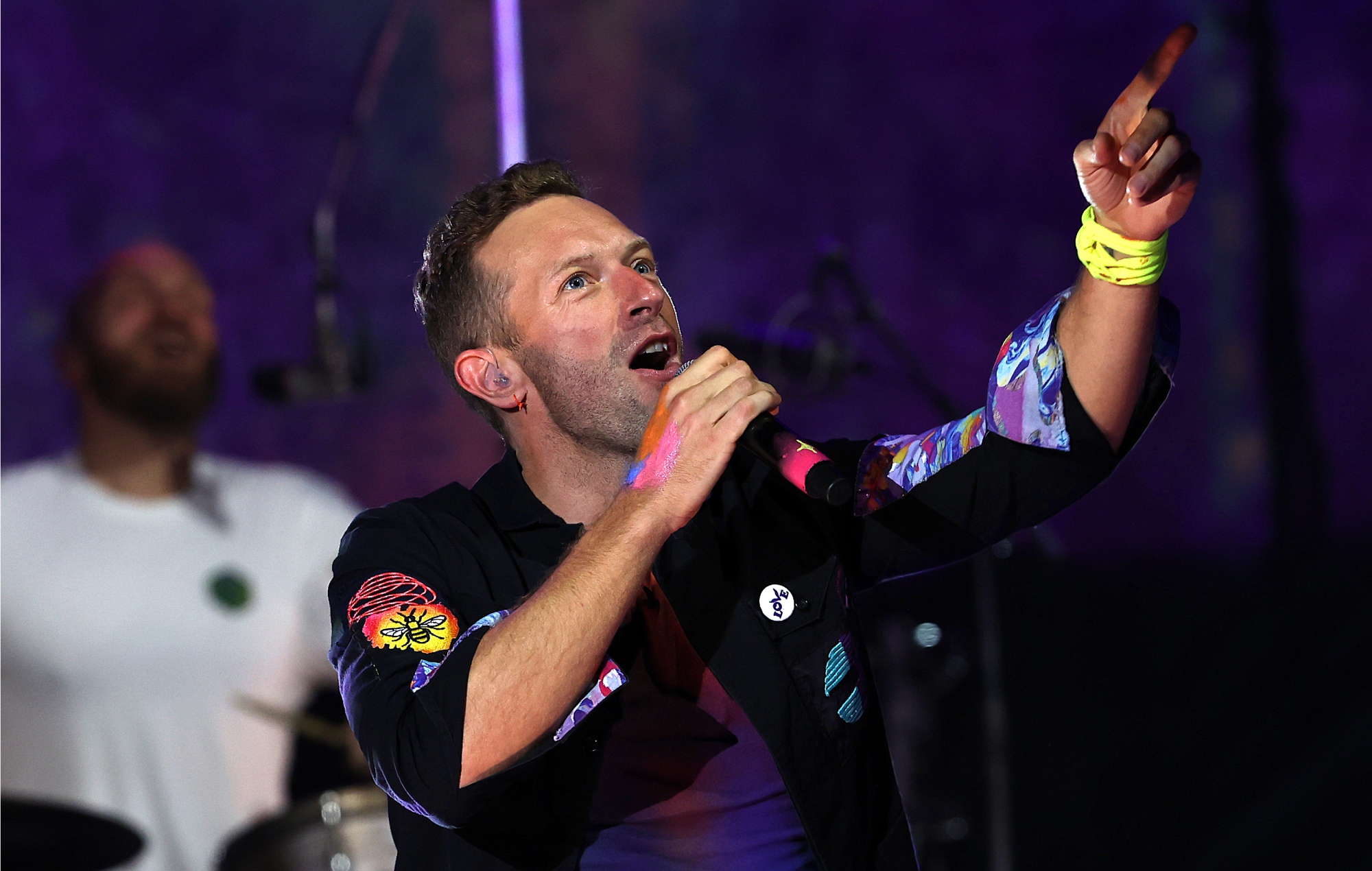 Coldplay have announced a new live EP called ‘Infinity Station Sessions’ – check out the teaser below.

The special collection will arrive as part of ‘From Apple Music With Love’, an ongoing Christmas countdown series featuring exclusive releases from a host of big acts. Elton John, Nile Rodgers and more have recently shared new content via the platform.

As with the previous instalment’s, Coldplay’s ‘Infinity Station Sessions’ is due to land on Apple Music at 4pm GMT. You can watch the preview video below.

The EP will presumably comprise live versions of tracks from Coldplay’s ninth studio album, ‘Music Of The Spheres’, which came out in October. In a four-star review, NME hailed the record as “a celestial beauty that’s capable of inspiring great awe and emotion”.

The band are set to embark on an eco-friendly world tour next year, with dates scheduled for London’s Wembley Stadium (six nights), Glasgow, Paris, Berlin and other European cities throughout July and August.

During a Big Read cover interview with NME, bassist Guy Berryman said Coldplay had “made a great start” with planning the sustainable shows. “Whatever we end up doing, will be a Phase One, but there always has to be an improvement and a continual cycle,” he continued.

Meanwhile, Coldplay and BTS performed their collaborative single ‘My Universe’ together for the first time last month.