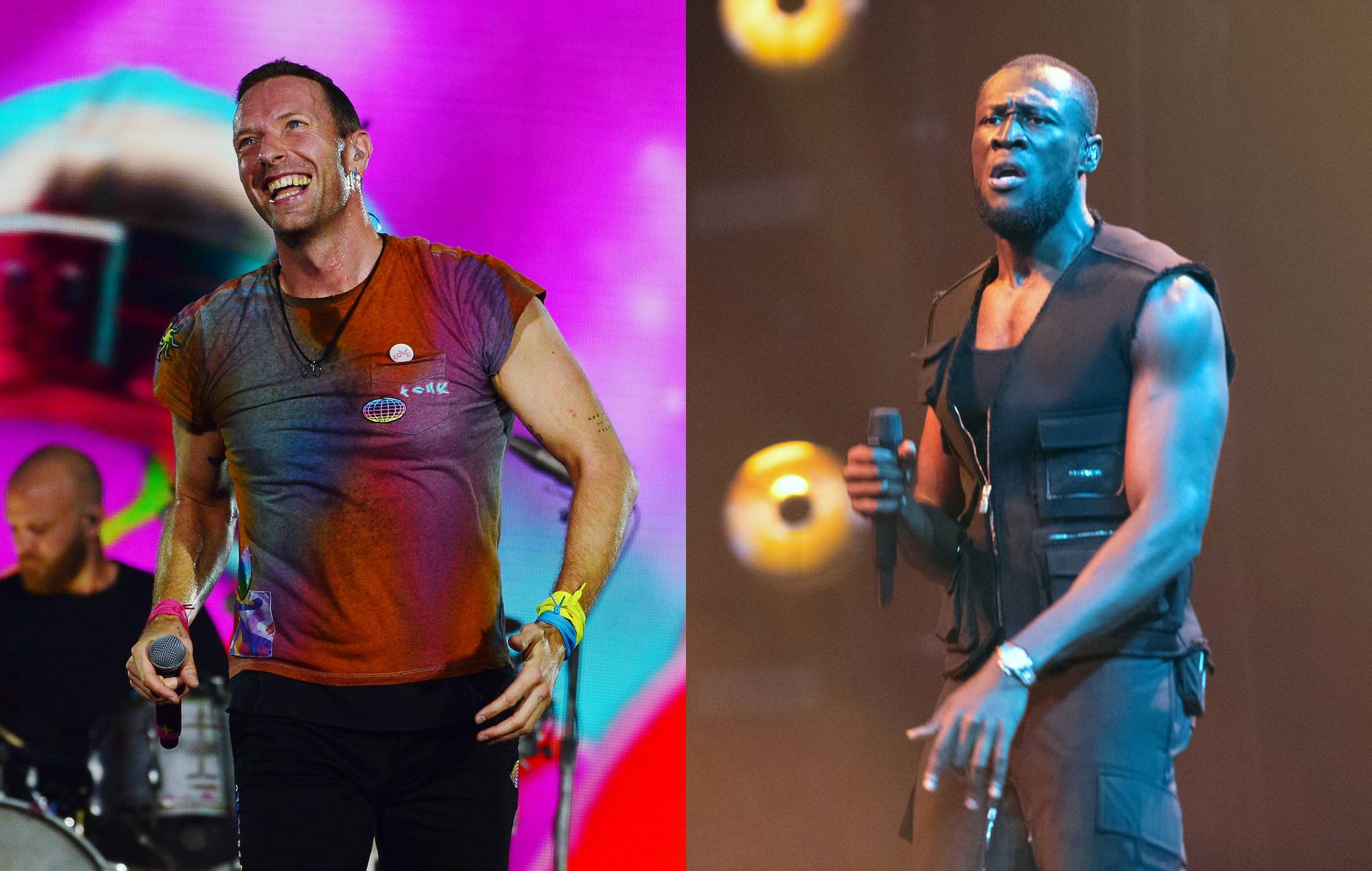 Coldplay bring out Stormzy for ‘Blinded By Your Grace Pt. 1’ performance at final Wembley show

Coldplay finished their six-night residency at Wembley Stadium last night (August 21) by bringing out Stormzy to perform ‘Blinded By Your Grace Pt. 1’ – see footage below.

Across the band’s gigs at the London venue this month, they have been joined by a host of special guests, including Natalie Imbruglia, Craig David, Steve Coogan in character as Alan Partridge and many more.

All the performances have taken place on the venue’s ‘C-stage’ at the back of the arena, and the Sunday night gig saw them end the sixth part of their seven-part show by welcoming Stormzy for a version of his 2018 hit.

As with all of the special guest performances during the run of gigs, Coldplay and their guest were joined by Jacob Collier on piano and pedal steel guitarist Nicole Lawrence.

Watch footage of the performance below.

Across their residency, the band enlisted Shaznay Lewis to cover two All Saints songs, while the August 16 show saw them joined by Natalie Imbruglia, who paid tribute to the late Olivia Newton-John by covering ‘Summer Nights’ with the band. They also performed Imbruglia’s 1997 hit ‘Torn’.

Meanwhile, Coldplay also welcomed Craig David, who performed his songs ‘Live In The Moment’, ‘Fill Me In’ and ‘7 Days’ at each of the first two Wembley Stadium shows. Other guests included pianist Victoria Canal and Steve Coogan in character as Alan Partridge, who covered ABBA’s 1976 hit ‘Knowing Me, Knowing You’ and Kate Bush’s newly-made-cool-again ‘Running Up That Hill’ alongside Collier.

This morning (August 22) following the culmination of their Wembley residency, Coldplay announced new UK and European dates in summer 2023 for their ‘Music Of The Spheres’ world tour.

The band have been on tour across the planet since the spring, and have now extended the tour behind their 2021 album to next year. Across May, June and July next year, the band will play Portugal, Spain, Italy, the Netherlands and more, with two new UK dates also added in Manchester and Cardiff.

See the new dates below. Tickets for the gigs will go on sale at 10am local time on Thursday August 25, and you can get yours here.