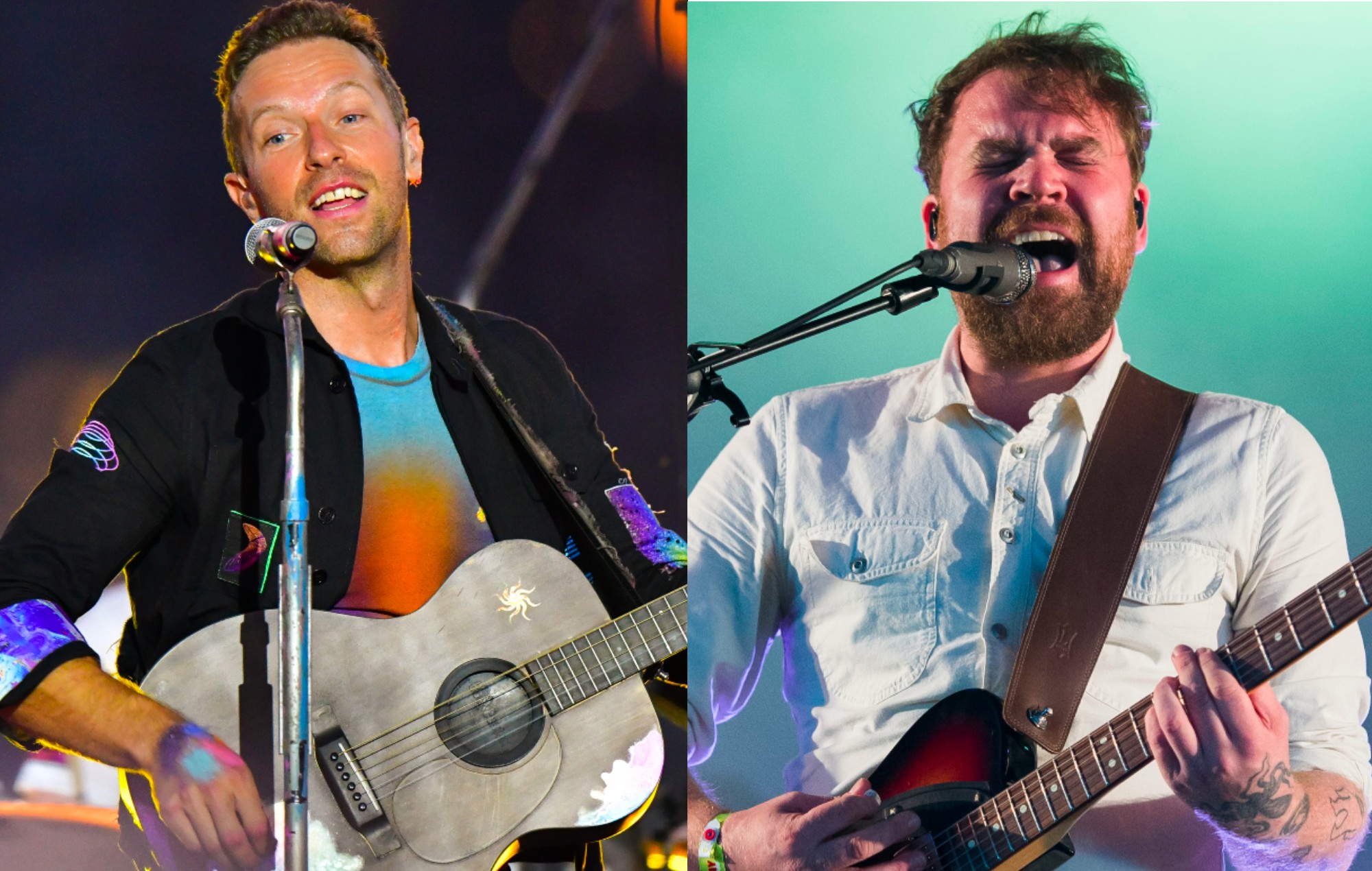 Coldplay have donated a one-off signed vinyl to the Tiny Changes charity.

The charity was set up in memory of late Frightened Rabbit frontman, Scott Hutchison, who died by suicide in 2018.

Formed by Scott’s family, the charity aims to improve mental health in children and young people in Scotland and takes its name from a lyric from the Frightened Rabbit song ‘Head Rolls Off’ (“While I’m alive, I’ll make tiny changes to Earth”).

The charity is now set to auction the unique, one-off signed 7″ vinyl pressing of Coldplay’s ‘Champion of the World’

‘Champion Of The World interpolates Hutchison’s track ‘Los Angeles Be Kind’ (which was released as part of his 2014 Owl John side project).

The double A-side also features ‘Cry, Cry, Cry’ from the band’s eighth album ‘Everyday Life’. A statement added: “The two-colour vinyl is a limited edition of one, released by Third Man Records, with hand-drawn artwork personally signed by the band.”

The auction will begin on Tiny Changes’ eBay page here on November 28 at 6pm GMT with bidding starting at £1.

Speaking about the auction, the charity said: “On 20th November 1981, Scott Hutchison, best known as the frontman of Scottish indie rock band Frightened Rabbit, was born.

“This month his friends, fans, and family are coming together in Glasgow, Scotland, for a special fundraising event, to celebrate Scott and all the wonderful things Tiny Changes has achieved on what would have been his 40th birthday.”

“In 2019, Coldplay’s Everyday Life album included a song called Champion Of The World which interpolated Scott’s Los Angeles Be Kind (from his 2014 Owl John side project).

“To celebrate Scott on this special date, Coldplay have donated a unique, signed 7” vinyl pressing of Champion Of The World, which Tiny Changes will be auctioning off on eBay, to help young minds feel better. This red and blue 7” – pressed by Third Man Records in conjunction with Coldplay’s label Parlophone – is the only vinyl single of ‘Champion Of The World’ which will ever be made.”

The family and collaborators of Scott Hutchison spoke to NME this week about the new book The Work – collecting the late singer’s lyrics and artwork together for the first time.

Hutchison is celebrated in the new book, which gathers the band’s complete lyrics (including B-sides and rarities) with handwritten excerpts by Scott, alongside his illustrations – many of which have never been seen before. Released this week, the book has been described by the surviving band members as “a tribute to Scott’s unbridled creativity”.

Speaking to NME, Hutchison’s brother and Frightened Rabbit drummer Grant explained how The Work, which is out now, invites people into the world of Scott’s imagination.

A lot of people keep saying that this is his story or his journey. There are elements of that, but I see it as a physical space – a house or a building that you can go in different rooms at any point and see different stuff,” said Grant.

“The physicality of it means that people have something tactile that you can be a part of. For us as a band, the real connection happened in the room at a live show. Yes, the records were what Scott poured all of his creativity into, but it really wasn’t until we got everyone in a room and you could put your arm around someone else, kiss the person you’re with or shout at the top of your lungs. Those are the moments that people will remember. This book gives those songs that same physicality and sense of space.”

Tiny Changes marked its one-year anniversary as a charity last year, and spoke to NME about the importance of supporting youth mental health. Last month, it launched a new fund which aims to “support innovative ideas with up to £10,000”.