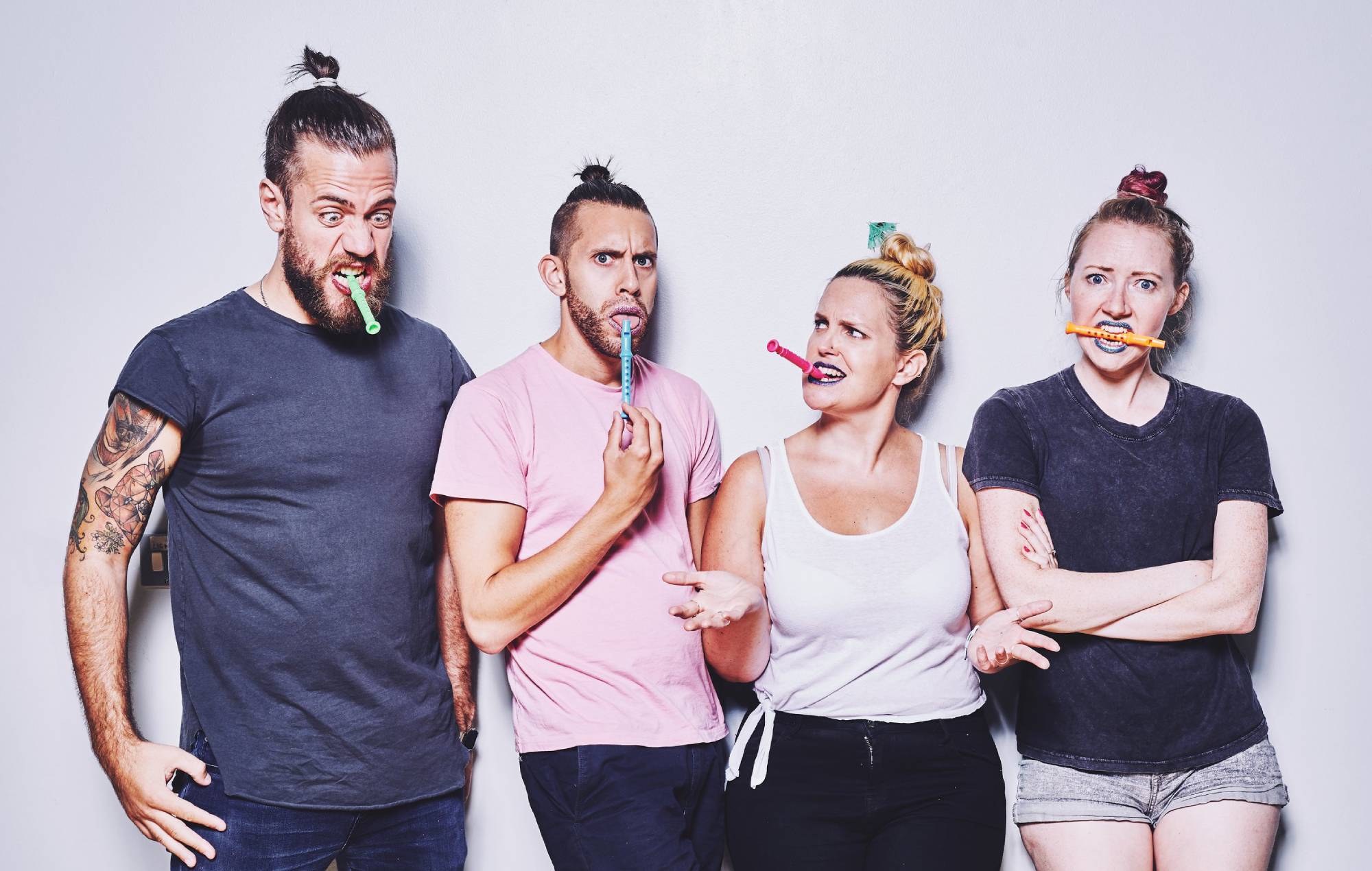 Musical theatre and comedy group SpitLip have shared a new song titled ‘Fuck The Sun’, which provides a pop-punk takedown of Elon Musk – listen below.

Sharing their latest song, SpitLip wrote on Twitter: “Dear @elonmusk – a while back we wrote a song about you for [REDACTED] tv show. It was never used in the end, so here it is. It’s called Fuck The Sun, and it’s about fucking the sun, big love xx”

The track is sung from the perspective of Musk, who boasts at the start: “All the girls at school called me a loser, all the boys just kicked me in the crotch/Said that I was in love with my computer, said that I was a dweeb but now watch!/I got all these billions in my pocket, next to all my cool technology/Now I’ve gone and built myself a rocket, gonna make me some history”.

Dear @elonmusk – a while back we wrote a song about you for [REDACTED] tv show. It was never used in the end, so here it is.

It's called Fuck The Sun, and it's about fucking the sun, big love xxhttps://t.co/CiVEPJGZXZ pic.twitter.com/eiWVBBaIXh

The song continues, “So my money doesn’t depress you, and you’ll never let me undress you/Well maybe you’ll reassess when I’m the first man in the world to fuck the sun/I’m gonna show everyone, just how a star gets done/And they will know I’m number one, when I fuck that sun”.

It goes on to mention Richard Branson who “thinks he’s so amazing” and Jeff Bezos who “can’t go where I will come”.

On Soundcloud, the group wrote in the song’s description: “Whilst Musk fiddles as Twitter burns, thought we’d share something we made about him a while back…He’s one coooooool dude.”

Many film and TV stars have announced their decisions to quit the site following Musk’s controversial takeover, which has led to a rapid increase in hateful posts on the platform. The use of the N-word, for example, increased by 500 per cent in a 12-hour period following Musk’s $44billion (£38billion) acquisition.

According to The Verge, Musk addressed Twitter’s employees directly for the first time on November 10. In a Q&A session that lasted just under an hour, he revealed an ambition to bring payment features to Twitter, arguing that sending a direct message and sending a payment are “basically the same thing.”

According to The New York Times, Musk also warned employees that “the economic picture ahead is dire”, adding that the company was running a negative cash flow of several billion dollars. “Bankruptcy is not out of the question,” he reportedly added.