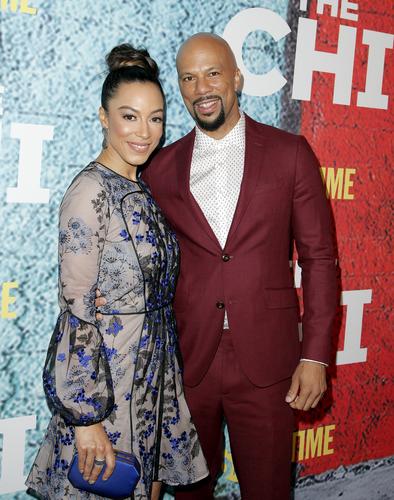 Common And Angela Rye Broke Up

Rapper Common and Political Pundit Angela Rye, are on paper, an intellectually compatible couple. That’s probably why they linked up in the first place. But late, observers have noted that the couple have not been spotted together at important industry events.

First f, Angela Rye was notably absent from his side at the Oscars. She was also not in attendance during the Ayars Agency Toast to the Arts, an event hosted by Common. To make matters worse, Angela had been receiving death threats since the pair became an item in the summer, including an email threatening her drowning death. Never the less, the couple supported one another throughout the ordeal.

Angela Rye spoke with PageSix, to confirm their amicable split. Her statement does not air any possible grievances, and alludes to the pair remaining friends for the foreseeable future. She mentioned the following:

“We have and will always be friends. He is an amazing human being, and I’m a much better person because he’s a part my life. May we all keep loving and living.”

Common credits Angela Rye with provoking within him, a heightened sense political awareness. It’s always encouraging to hear that a grown man has found new perspectives, especially a steadfast learner like Common, who has touted “conscious rap” for the better part a decade.