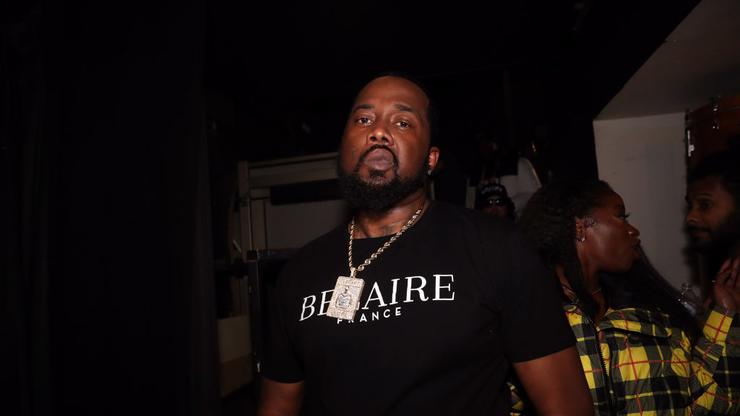 Conway Delivers Impressive "From King To A God" Cover

Conway The Machine finally lifts the veil on the ominous and impressive album cover of hew new album “From King To A God.”

Though Conway has already confirmed that his retirement would mark a bittersweet run to his absolutely epic 2020 campaign, the music he’s set to leave behind may very well numb the pain — if only for a while. For now, we’re in the midst of awaiting his upcoming album From King To A God, the lead-up project before his long-anticipated Shady Records debut God Don’t Make Mistakes.

Today, Machine took to Instagram to unveil the official album artwork, appropriately spooky considering his preferred aesthetic. Not unlike his compatriot Westside Gunn’s Pray For Paris artwork, Conway’s captures that high-art feel, depicting an imposing diety with blue skin sitting aloft with crystal ball in hand. While there are many interpretations to glean from the LP’s cover, it does go a long way in setting a tone — at once luxurious and intimidating — the Griselda way.

If that wasn’t enough to entice you, remember that From King To A God also features a stacked cast of supporting players, including Drake, 2 Chainz, Havoc, Westside Gunn, Benny The Butcher, Freddie Gibbs, and Dej Loaf. On the production side, we’re looking at Havoc, Beat Butcha, Daringer, Rick Hyde, and several as-of-yet unidentified parties. While The Machine hasn’t given us a release date, his increasing post count seems to indicate we’ll be seeing this one soon. Check out the cover below, and sound off — is Conway sitting on an album of the year contender?