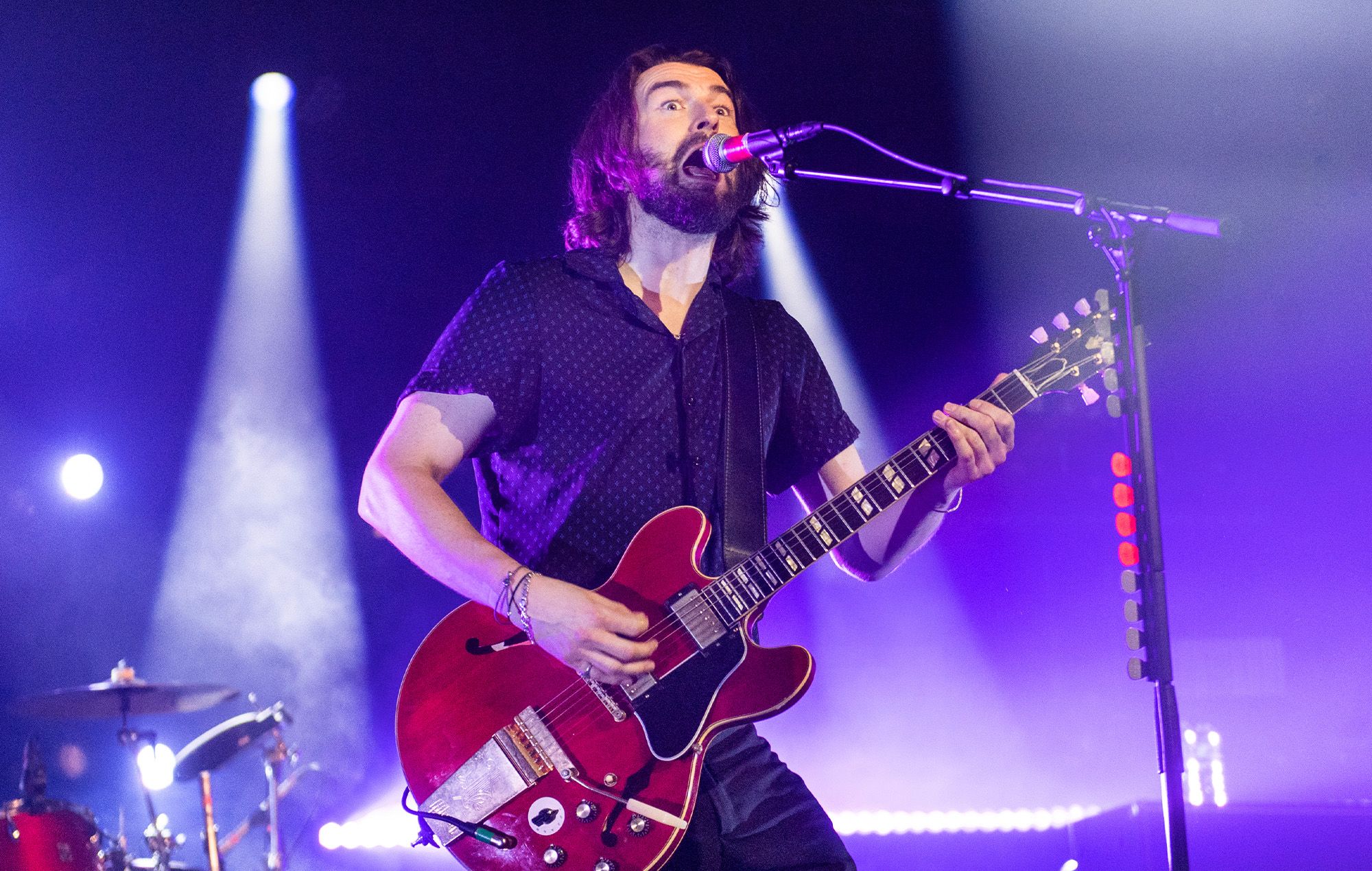 Midway through their intimate headline show in London last night (July 29), Courteeners debuted a new song titled ‘Lie Back And Think Of England’.

According to Setlist.fm, the Middleton trio delivered a set of 17 songs for their performance – a warm-up show ahead of their headlining set at the Y Not? festival tonight (July 30) – treating 1,500 fans at the Electric Ballroom to cuts from all six of their studio albums. It was mostly a throwback affair, though, as 2020’s ‘More. Again. Forever.’ was only represented with one song – ‘Hanging Off Your Cloud’.

After playing the first 10 songs of the setlist – which also included hits like ‘Not Nineteen Forever’, ‘You Overdid It Doll’ and ‘Acrylic’ – frontman Liam Fray delivered a trio of acoustic numbers. ‘Lie Back And Think Of England’ was the first of those songs, while ‘Please Don’t’ and ‘Smiths Disco’ rounded out the lowkey detour. Footage of the new tune is yet to emerge, but you see photos and footage from the show – as well as the full setlist – below:

‘Cavorting’
‘Acrylic’
‘Modern Love’
‘You Overdid It Doll’
‘No One Will Ever Replace Us’
‘Summer’
‘That Kiss’
‘Small Bones’
‘Lose Control’
‘The 17th’
‘Lie Back And Think Of England’ (new song, acoustic)
‘Please Don’t’ (acoustic)
‘Smiths Disco’ (acoustic)
‘Hanging Off Your Cloud’
‘Are You In Love With A Notion?’
‘Not Nineteen Forever’
‘What Took You So Long?’

After performing at Y Not? tonight, Courteeners will head across the pond for their first US tour dates in 13 years. Come November, they’ll preform headline shows in Boston, New York, Philadelphia and Los Angeles – find tickets here.

Reviewing the band’s gig in Manchester last September, NME’s Rhys Buchanan praised the band for “never stray[ing] too far from their main stage appeal”. He wrote: “There’s no doubt that The Courteeners have added to the rich lineage of Manchester’s music scene again tonight. This has perhaps been their Maine Road moment – their Spike Island – pulling them even closer to their devout following.”

Last November, Courteeners released a concert film of their huge Heaton Park homecoming gig from June 2019. In a four-star review of the show, NME’s Gary Ryan wrote: “As [Courteeners] depart to mass euphoria and a flurry of Carlsberg bottles tossed in the air like mortarboards at a graduation, you feel Liam’s annus horribilis has been cathartically washed away.”

In other news, Fray announced last year that he would be opening a new restaurant in Manchester’s Northern Quarter. The Smithfield Social, which pays homage to the historic Smithfield Market, is located on Thomas Street and serves brunch, small plates, cocktails and more.