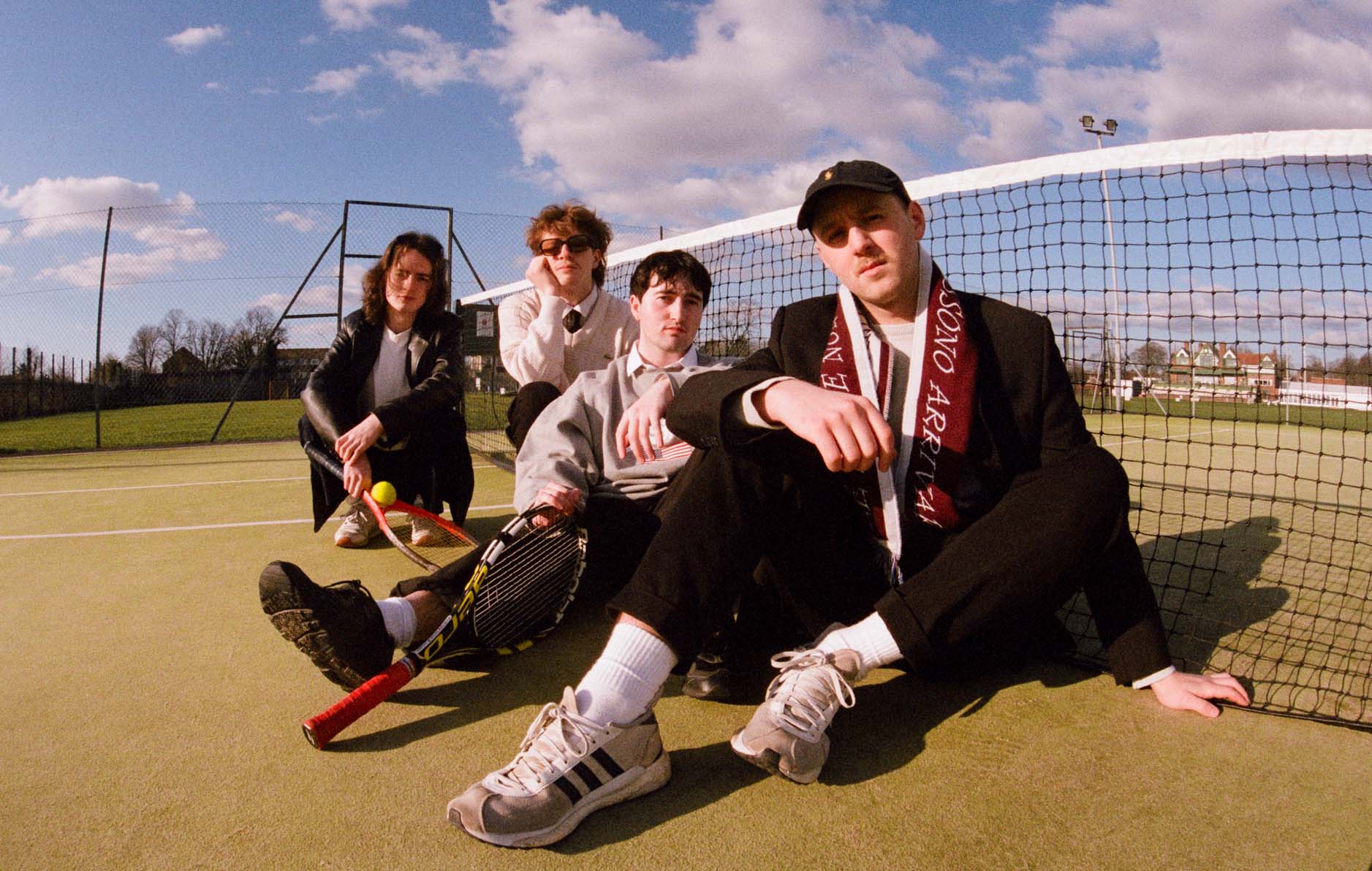 Courting have shared a playful and upbeat new track called ‘Tennis’. Listen to the “twisted” tongue in cheek single below.

The Liverpool four-piece also shared a round of UK tour dates set for this September and October. See the full list of dates below. Tickets are available here.

“‘Tennis’ is a paypig’s personal redemption narrative, set in “the city”, and told in two parts,” the band said of their new track. “A twisted tale of two lovers’ back and forth, bound by cricket, bodybuilding and money. A story as old as time.”

Their newest single follows their 2021 EP, ‘Grand National.’ In the melodic hook-driven track, frontman Sean Murphy-O’Neill’s goes from monologuing to singing, at one point inquiring lyrically, “would you find me attractive if I had small muscles?”

“We named the song Tennis as a logical (but unrelated) sequel to our two previously released sports-related songs,” the band added. “To us, this felt like a natural ending to that idea. Dynamically, the second part of the song is supposed to represent a shift in tone for the character in which they realise their own worth and leave the situation that is set within the first part of the song.”

In a 2020, NME Radar piece, Rhys Buchanan wrote, “there’s definitely an antagonistic edge lying just below the surface of Courting’s tunes, whether that’s the blunt reality coming through in the lyrics or the band’s overall chaotic energy, which has been inspired by their own gig-going habits.”

“There’s been a culture in Liverpool for a while where you’d go to these pleasant indie shows and everyone would want to start walls of death and fights at gigs,” O’Neill told NME at the time. “So I feel like we played to that attitude — that people like to feel angry at concerts — a bit and it informed the music.”