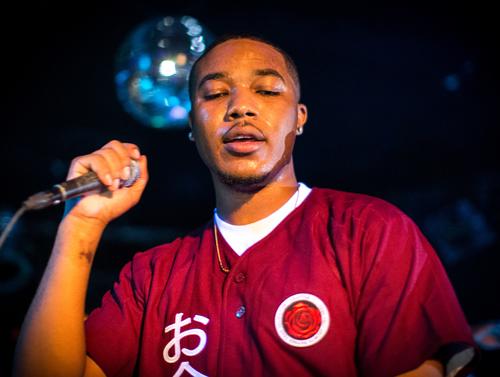 As a label, Dreamville has solidified themselves as one the more lyrically focused. With capo J. Cole at the helm, it’s no wonder that the emphasis on words, words, words is an essential modus operandi. The fact holds true for the bulk signees, from Cole, to J.I.D, to EarthGang, to Cozz – the man the hour. In fact, we sit on the eve his brand new album, titled Effected, which hits stores tomorrow. While you might prefer to go in blind, as they say, it should be noted that a chunk the album has been made available, including today’s international drops “Hustla’s Story” and “Zendaya.”

RELATED: J. Cole Links Up With Cozz On “Zendaya”

Cozz continues to evolve as an artist, with a loyal fanbase on deck; not to mention, many are only now discovering what the Los Angeles rapper is capable . While the previously released Cozz & Effect back in 2014, Cozz has been marketing the upcoming Effected as his “debut,” which suggests a fresh start for the young rapper. In that regard, it makes landing features from Kendrick Lamar and J Cole all the more impressive.

Now, Cozz has dropped f a new documentary called “Effected,” which chronicles the rapper’s come-up with a series honest interviews and reflections. Check it out below, and remember, Effected – the album counterpart – will forego the traditional Friday release, opting for Tuesday instead. Familiarize yourself with the movement below.