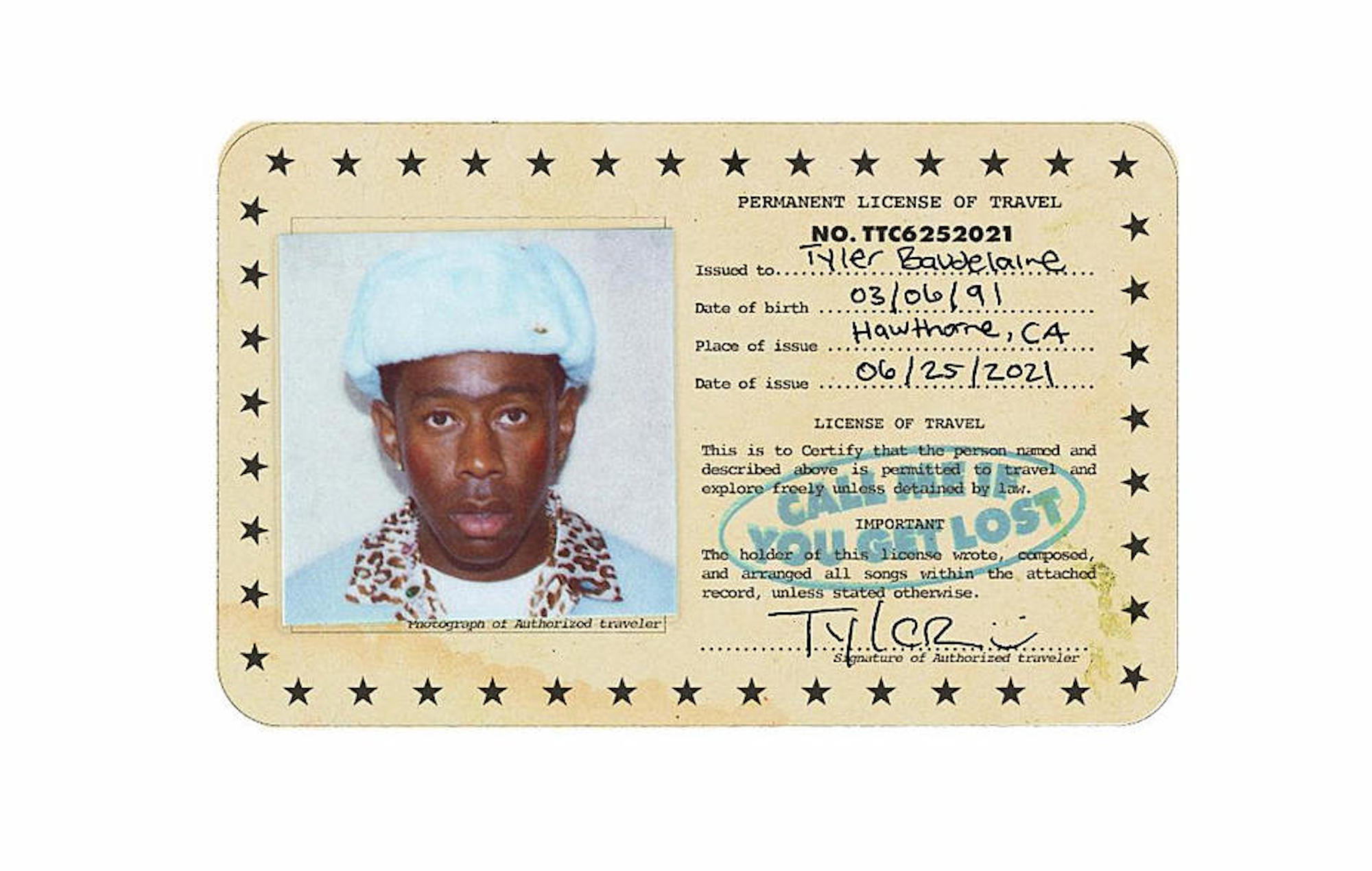 Create your own Tyler, the Creator artwork on new website

Tyler, the Creator has shared a new feature on his website, allowing fans to make their own artwork based on his new album.

On Friday (June 25), the rapper shared new record ‘Call Me If You Get Lost’, with a cover featuring Tyler on a ‘travel license’ card.

A new feature on his official website allows fans to add their own photo and details to the license template. Make your own version here, and see the original album cover below.

‘Call Me If You Get Lost’, the follow-up to 2019’s ‘Igor’, was previewed with recent singles ‘Lumberjack’ and ‘WUSYANAME’. Ahead of the album’s release, Tyler shared a comical teaser skit titled ‘Brown Sugar Salmon’.

The official announcement of Tyler’s new album followed a series of cryptic teasers, which began with billboards popping up in various locations with the words “Call Me If You Get Lost” and a phone number emblazoned on them.

In a four-star review of ‘Igor’, Tyler’s previous record, NME wrote: “Love may not often see eye-to-eye with Tyler, but he’ll always have the loving embrace of music to draw comfort from. ‘IGOR’ sees the 28-year-old expressing his flourishing musicianship, showcasing his strength as a songwriter with a keen eye for detail.”

Meanwhile, Tyler is among the names headlining Day N Vegas 2021, alongside Kendrick Lamar and Travis Scott.