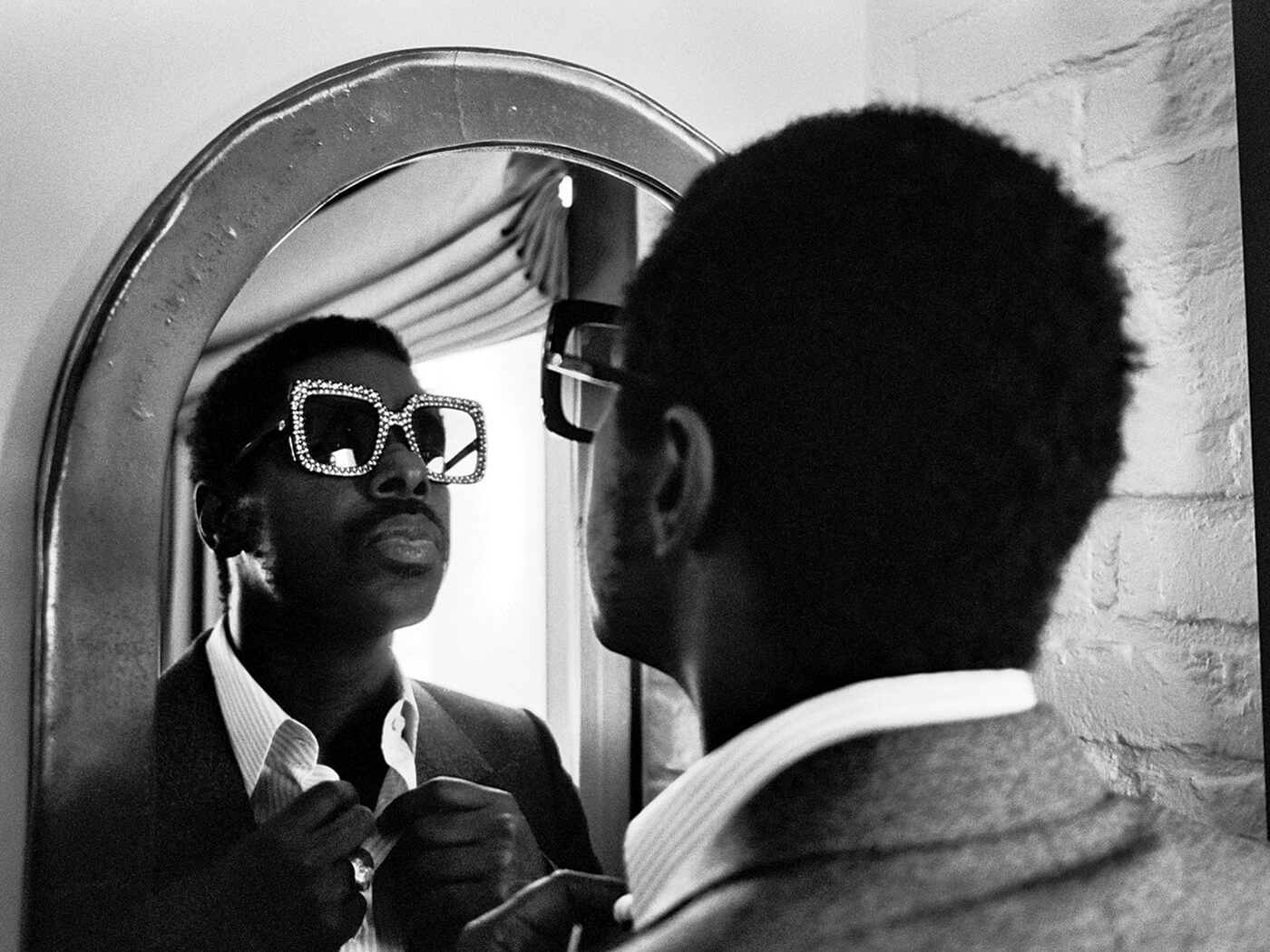 Curtis Harding – If Words Were Flowers

On Curtis Harding’s third solo album, music is a fundamentally hopeful medium. “Now in this present darkness, all ears just listen,” he raps on “Hopeful”, his flow nimble and bouncy and slightly rushed out of excitement. “A mass has formed to cure the common condition.” The song demonstrates Harding’s expansive approach to songwriting – to forming that mass – and shows how he deploys such disparate musical styles to create new textures. On the song’s chorus he’s joined by a gospel choir joyously chanting that title and pushing him along his righteous path. The jazz-fusion bridge melts into a cacophonous outro, driven
by a thundering drumbeat, a wailing psych-rock guitar and great swoops of cinematic strings. Even as the distortion at the edges of the music threatens to unravel the song, “Hopeful” remains grounded in its determination to believe in something better. Hope isn’t hope unless it’s hard won.

That and every other song on If Words Were Flowers is a fantasia of sound, intricately arranged and produced, constantly shifting and morphing from one idea to the next, full of historical references intermingled with oddball sounds from his own imagination. Harding embraces old-school soul, private-press R&B, trippy psych rock, soft jazz, hard funk, catchy pop, gospel, rap and everything in between.

The Atlanta-based artist – who croons and bellows and shouts and seduces and preaches just as well as he raps – is part of a wave of artists who’ve emerged in the wake of the 2000s soul revival. Like Leon Bridges out in Texas and Boulevards up in North Carolina, Harding rummages in the past to find the sound of the present, with nods to Curtis Mayfield and Mahalia Jackson, to Parliament and even Pink Floyd, to Miles and Stevie. His music isn’t really “vintage” because it sounds too immediate, too playful in its mix of so many different styles.

Harding comes by this range of influences naturally. Born in Saginaw, Michigan, he grew up traveling with his mother, a gospel singer, as she drove from one church to the next. His first performances were harmonising with her at the pulpit. As an adult, he was active in Atlanta’s busy hip-hop scene, working as a publicist for LaFace Records, co-founding the rap group Proseed and recording with Dirty South icon Cee-Lo Green. But his curiosity drew him to a range of Atlanta artists, including the metal band Mastodon and garage-rock mainstays The Black Lips. Only recently has he focused on a solo career, releasing his debut, Soul Power, in 2014 and his follow-up, Face Your Fear, in 2017.

After touring heavily behind Face Your Fear, Harding began writing If Words Were Flowers in 2019, but the pandemic prompted him to rethink the album’s sound and message. He scrapped several songs completely, retooled several others and wrote a few new ones that might better reflect the turmoil around him. So there’s a loneliness lurking in songs like With You and So Low, as though suddenly every human connection became unbearably tenuous. On Where Is The Love he depicts a “world covered in darkness, disease and despair, too”, yet that elastic Stax horn line, that insistently shuffling beat, and a chorus that invites you to shout along all make the song sound determinedly upbeat.

Harding understands keenly that these musical styles are freighted with social and political weight, and he uses them to comment on the times just as his heroes did. For example, when he invokes The 5th Dimension on The One, a love song about a romantic or sexual reunion, Harding resettles that group’s theatrical positivity into a new era 50 years removed from the Age of Aquarius. It expands the song’s scope, so that he could easily be singing to a lover or to his listeners: “I know loneliness, but I’m gonna try my best to be all that you need and a good friend,” he promises.

The album’s title comes from something his mother once told him: “Give me flowers while I’m still here.” On the title he takes that request and turns it into a statement about creativity and the goal of making music. “If words were flowers, I’d give them all to you,” he sings. “They carry power, so proud and beautiful.” He’s accompanied by a church choir, scratches of guitar, a forlorn trumpet and a bellowing bass saxophone, as if he’s arranging instruments like flowers in a vase. On this generous and kaleidoscopic soul album, Harding holds nothing back.