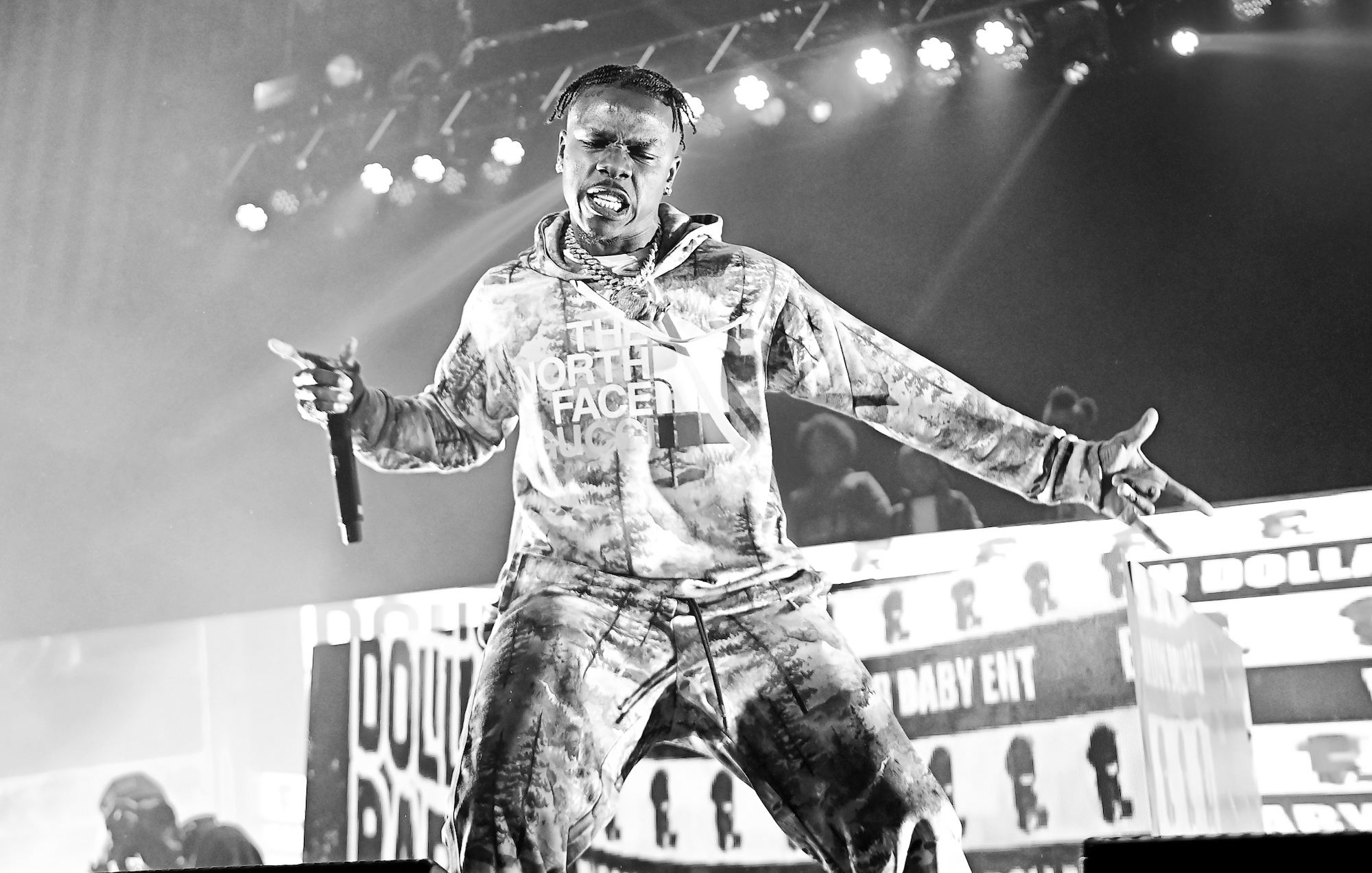 A misdemeanour battery case against DaBaby has reportedly been dismissed by a Las Vegas court.

The rapper, real name Jonathan Kirk, was charged after an incident that reportedly happened last November, where it’s alleged he struck a driver midway through a ride. When reports emerged in February, law enforcement sources claimed to TMZ that Kirk punched the driver in the back of the head after being asked for payment; it was also alleged that Kirk and his entourage were verbally abusive and attempted to smoke a joint in the vehicle.

At the time, Kirk’s attorney Drew Findling hit back at the reports, calling the allegation “a 100 per cent false accusation which suspiciously pops up in February regarding an alleged incident in November. We can smell another attempted money grab.”

Nevertheless, Kirk was charged for the alleged incident, and – per a statement from his lawyers, David Chesnoff and Richard Schonfeld – was reportedly “prepared to fight the case at trial”, Rolling Stone reports.

However, the case against him was dismissed on December 1, with Kirk instead being ordered to pay his accuser, Timothy Cobb, a restitution fee of $7,500.

According to a new report from TMZ, representatives for the Clark County District Attorney’s Office said Kirk had his case dismissed because he “satisfied everything prosecutors asked him to do in order to resolve the case, including paying the alleged victim $7,500 and staying out of trouble”.

The case has reportedly been dismissed with prejudice, meaning it cannot be refiled.

Last month, Kirk was involved in a separate matter with police, when he called them to remove his baby’s mother from his home. The incident occurred when he got into an argument with singer and rapper DaniLeigh – the mother of his youngest child – that was streamed on Instagram Live.

Just last week, it was reported that Kirk hadn’t made any financial donations to the HIV/AIDS organisations he met over the summer.

The rapper took a meeting with HIV/AIDS advocacy groups a month after he was filmed making homophobic comments on stage at the festival Rolling Loud in Miami. His remarks were roundly criticised by fellow artists, including Elton John and Madonna, and lost him several high-profile festival slots.

In a report by the Daily Beast, three organisations – the Black AIDS Institute, The Normal Anomaly Initiative and Positive Women’s Network – claimed they had had no contact nor financial support from DaBaby following their off-the-record meeting with him in August, in which the rapper apologised for his comments.

Kirk is currently on tour across the US, marking his first run of shows since his homophobic comments at Rolling Loud. The tour is being hosted by the festival, who in a statement to NME, said: “Rolling Loud supports second chances and we believe DaBaby has grown and learned from his experience. Everyone is welcome and we look forward to DaBaby’s fans seeing him live.”