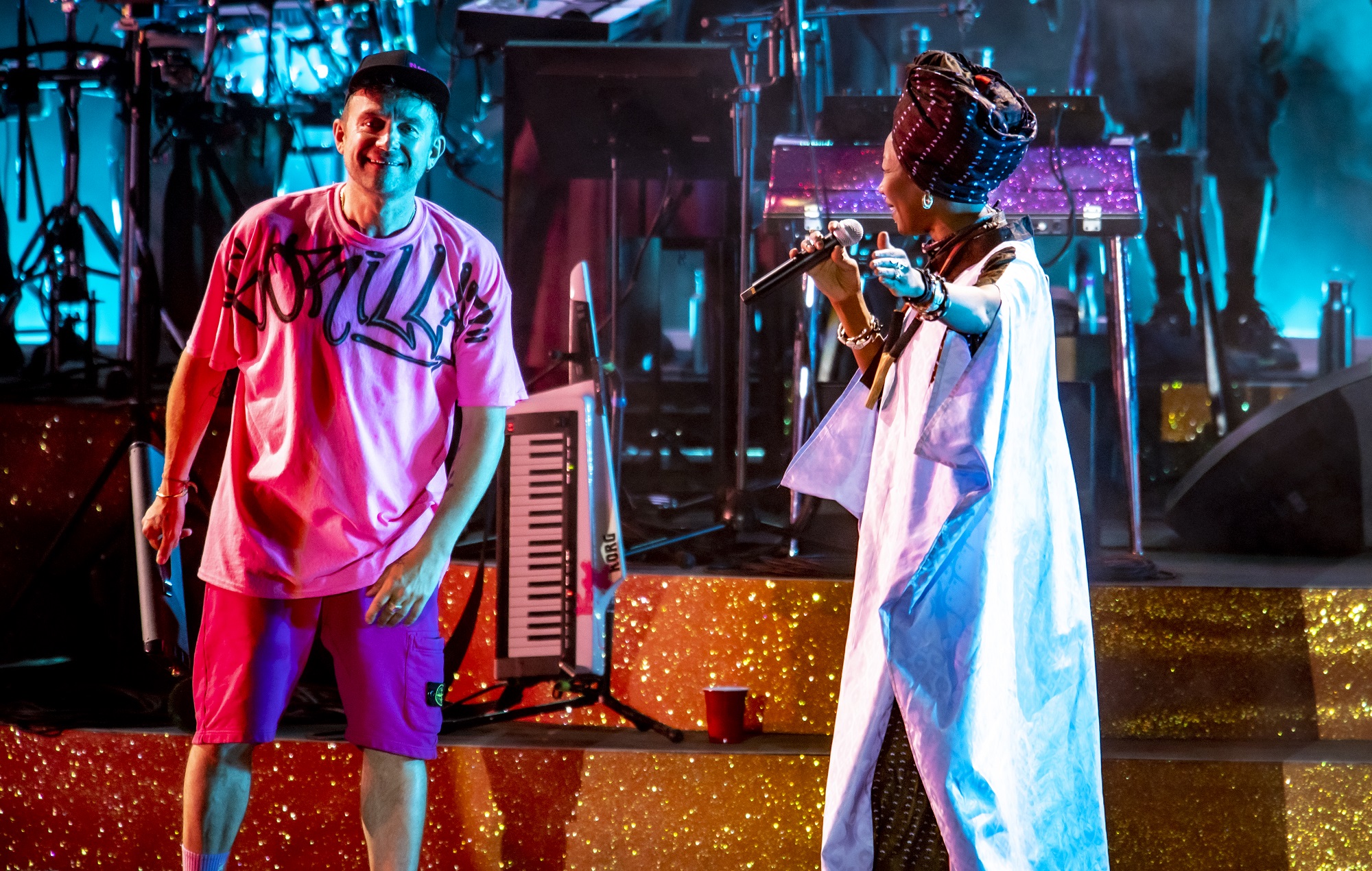 Damon Albarn has teamed up with Fatoumata Diawara on her new song ‘Nsera’.

The track, which you can listen to below, is taken from the Malian singer songwriter’s forthcoming new album, the follow up to her 2018 LP ‘Fenfo (Something To Say)’.

The pair previously worked on the Gorillaz 2020 track ‘Désolé’ which saw the cartoon group teleport via a portal to Lake Como where they performed the song with Diawara.

It was part of the band’s ‘Song Machine’ project at the time and went on to feature in the Song Machine Live cinema release last year.

Meanwhile, Albarn has teamed up with his old bandmates Blur for a one-off UK reunion gig at London’s Wembley Stadium for summer 2023.

The Britpop icons will be playing their only UK show of next year at the iconic venue on Saturday, July 8. The band will be supported by Slowthai, Self Esteem and Jockstrap. This marks the band’s first headline show since 2015, when they released their long-awaited and critically-acclaimed comeback album ‘The Magic Whip‘.

Tickets for their Wembley show will go on general sale from 10am GMT this Friday (November 18) and will be available here.

Two days before the show (July 6), the band will play a warm up gig at the Beauregard Festival in Normandy.

Tickets for that bash, which will take place across four days from July 6-9 and will also include a performance from Alt-J, are available to purchase here.