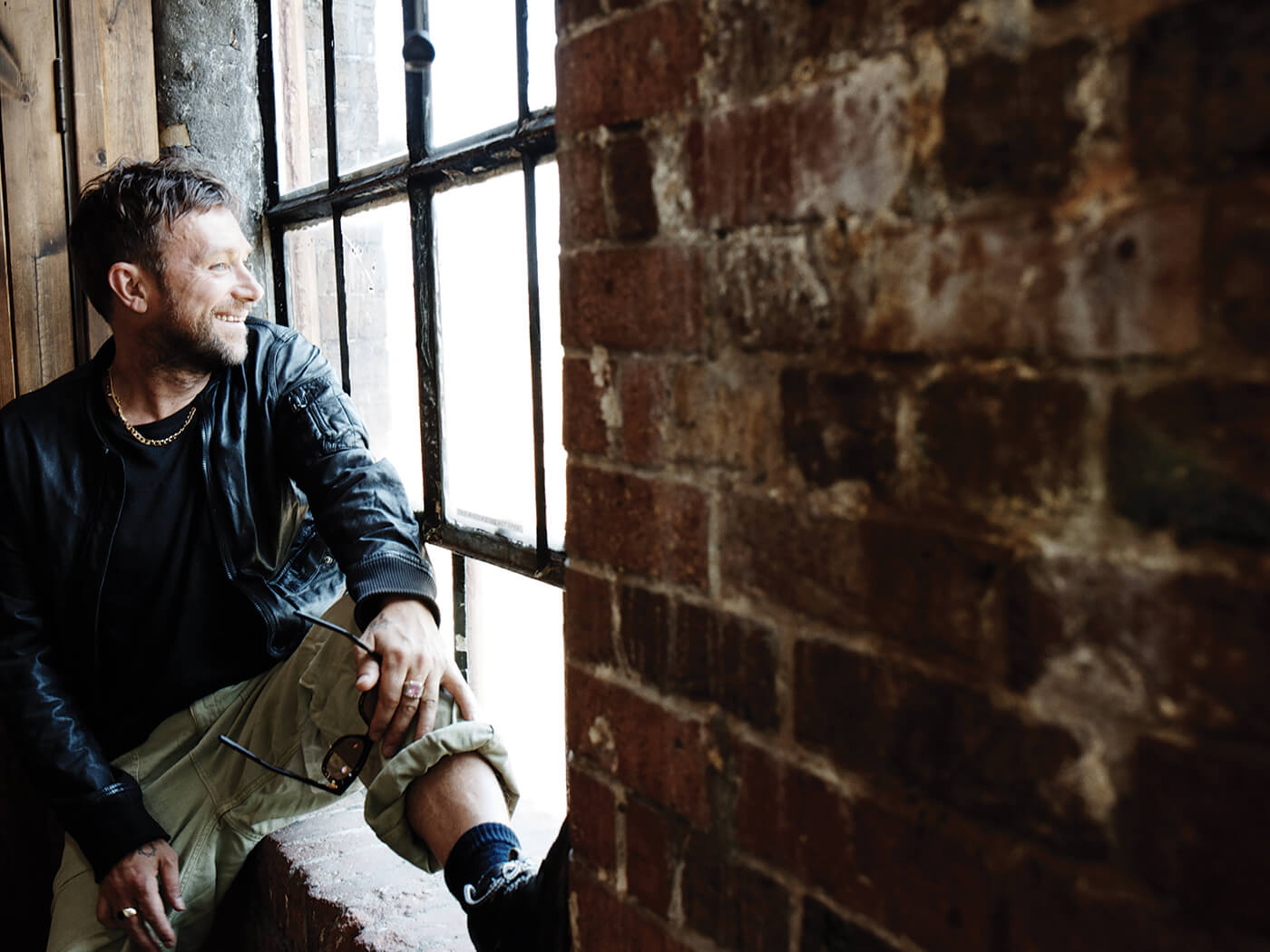 For more than 20 years, Damon Albarn seems to have been desperate to escape the suffocatingly restrictive straitjacket of Britpop and engage with a wider world. There have been collaborations with musicians from Mali, Senegal, Nigeria, Syria, Japan, Cuba and Iceland; charity projects in the Democratic Republic of the Congo; Chinese operas commissioned in Paris; hook-ups with everyone from Bobby Womack to Lou Reed, from De La Soul to Erykah Badu.

As a routine example of Albarn’s rootless cosmopolitanism, his second solo LP – and his 28th album, or thereabouts, as a leader across sundry outfits – was commissioned by a festival in Lyon and started in Iceland, taking inspiration from the house Albarn built outside Reykjavík 20 years ago. “I always wanted to get a small chamber orchestra and play the outlines of what I could see from my window,” he says, referring to Mount Esja and the Snaefellsjökull volcano and glacier. But, after some early sessions with an Icelandic string ensemble, the pandemic halted the project in early 2020. Albarn returned to England for lockdown, completing the album at his home studio in Devon with help from his long-term guitarist Simon Tong and his music director and saxophonist Mike Smith. What started as an expansive, symphonic project started to take on the dimensions of a home-studio creation, a clatter of antique drumboxes and multi-tracked instruments. And, for all its exotic genesis, The Nearer The Fountain, More Pure The Stream Flows is soaked in a peculiar English melancholy.

“CHANGE IS NECESSARY”: CLICK HERE TO READ OUR INTERVIEW WITH DAMON ALBARN

Albarn has often explored notions of Britishness. On the whimsically tacky seaside postcards of Blur’s Parklife the feeling was almost celebratory; in his opera Dr Dee he attempted to reclaim a magickal, transgressive Olde England that seemed to chime with the multicultural optimism of the 2012 London Olympics; by the time of The Good, The Bad & The Queen’s 2018 album Merrie Land the mood was one of despair – a chaotic, woozy eulogy for a post-Brexit Britain. On The Nearer The Fountain…, even when he is ostensibly singing about Iceland, the bleak, drizzly, isolated island he depicts sounds more like Britain than anywhere else.

On The Cormorant – an atmospheric, aqueous piece based around a digital rumba rhythm and a ragged tapestry of Wurlitzer electric pianos and FX-laden guitars – he sings about being “imprisoned on this island” over a tangle of mysterious chords that never quite resolve. Royal Morning Blue started life as a lyric about a storm that eclipsed any view of a mountain from Albarn’s bedroom window –a poetic allusion to how snow can cause
an enormous volcanic mountain range to “put on robes and disappear” – but the song’s insistent Casiotone drum machine, parping baritone saxes, rambunctious piano and spectral guitar start to sound like an examination of the end of empire.

Darkness Into Light is a deliciously sad 6/8 ballad about the Arctic winter in which “Crushed satellites dance/In silent conga” but, even here, the arrangement resembles a twisted piece of British glam rock, like early Human League covering Showaddywaddy. In all these songs there are references to “particles” – plague-carrying germs spreading around the world. There are also several instrumentals that sound like something out of Bowie’s Berlin trilogy: the throbbing, Eno-esque minimalism of Esja, the bleary, Low-style majesty of Giraffe Trumpet Sea, and the discordant, industrial drones and tenor sax freakouts of “Combustion”.

Even the title track, a eulogy to Tony Allen, the Nigerian drummer and mentor who anchored several of Albarn’s lineups over the last two decades, comes in the form of a reworked verse by the 19th-century English poet John Clare. “It’s fruitless for me to mourn you, but who can help mourning?” sings Albarn. “To think of life that did laugh on your face in the beautiful past”. Not only are Clare’s 200-year-old words appropriate for his grief, but Albarn clearly feels some kinship with Clare, the “Northamptonshire peasant poet” who railed against the Industrial Revolution, who romanticised a lost England, who was driven mad by the ecological damage wrought upon the land where he grew up.

Yet there is hope, both thematically and melodically. Albarn’s non-Blur, non-Gorillaz projects are often the receptacle for his least catchy songs –there aren’t many themes from Wonder.land or Monkey that even his biggest fans hum in the shower – but this album ends on two strong melodies that introduce joy to the project. Polaris is a reference to the North Star, a navigation source for seafaring folk in the North Atlantic, and its clockwork tango beat and arena-friendly singalong tune seems to affirm a faith in humanity’s collective spirit. Best of all is the closer Particles, one of Albarn’s finest melodies, a woozy, drumless ballad based around a pretty Wurlitzer electric piano riff and a creepy electronic drone that gives the song a hymn-like quality. The “particles” to which he refers in earlier songs as potentially dangerous materials are now signs of happiness. “I have cried for you darling, are you coming back to me/For the particles are joyous as they alight
on your skin”.