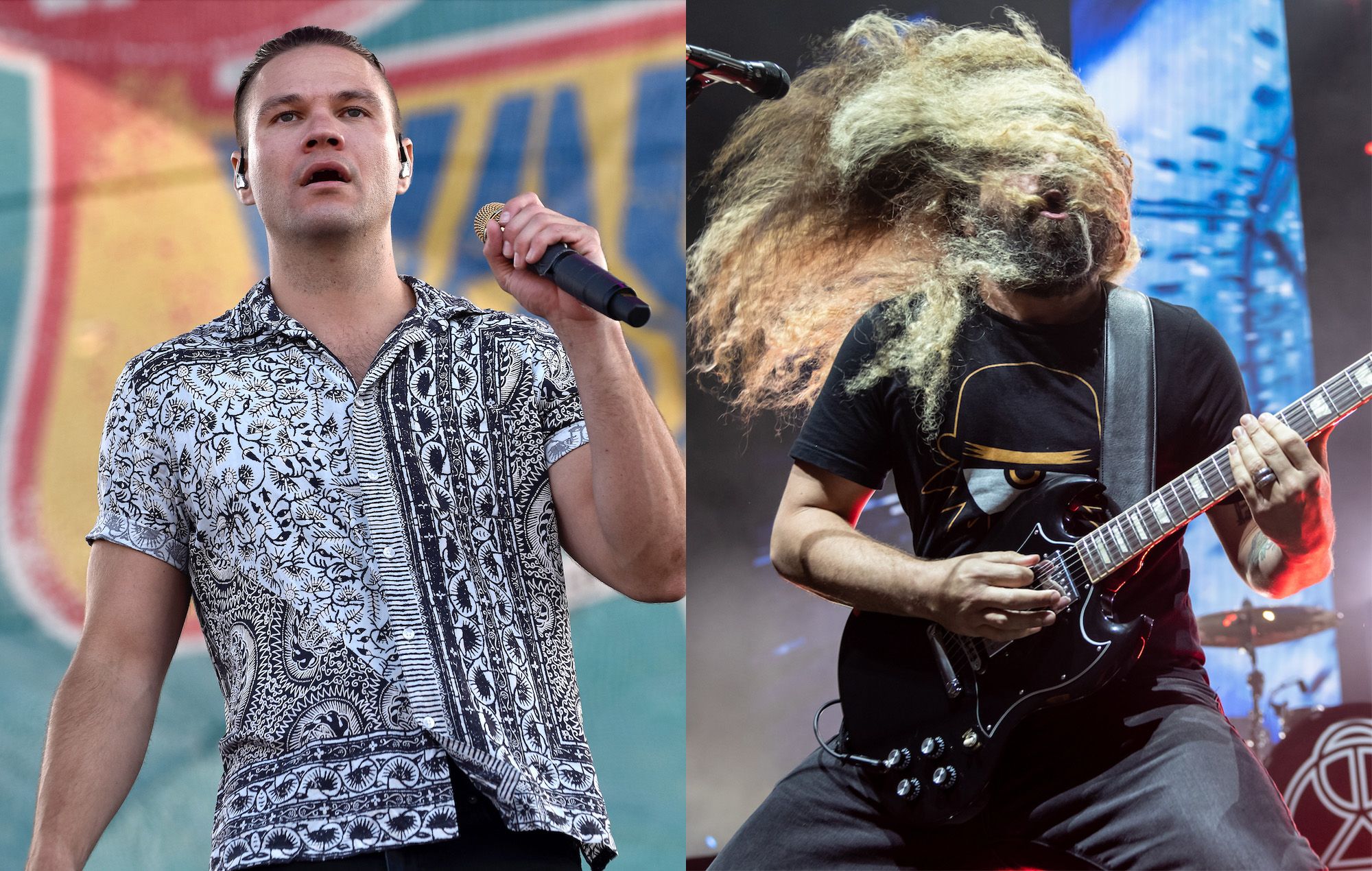 Dance Gavin Dance will no longer open for Coheed And Cambria’s upcoming North American tour, the latter announced June 8 after allegations of sexual misconduct were made against the former band’s singer Tilian Pearson.

In a statement shared on social media, Coheed And Cambria said their decision came “after much internal conversation and consideration”. They wished Dance Gavin Dance “healing and strength” – after the allegations against him surfaced, Pearson was said to be “stepping away from the band in order to seek professional help” – and and have since confirmed that Alkaline Trio will be joining the tour as an opening act.

Thank you for your Neverending support. pic.twitter.com/1RhzdpbKMH

We are very happy to announce that @Alkaline_Trio is joining the “A Window of the Waking Mind Tour” this summer! Get your tickets now: https://t.co/2a7AQuffSW pic.twitter.com/4WUzIVkAiP

The tour, announced back in February and dubbed ‘A Window Of The Waking Mind’, will see Coheed And Cambria take on 25 cities across the US and Canada, running from Tuesday July 12 (when they play in Florida) to Wednesday August 17 (when they wrap up in Oregon). Oklahoma pop artist Mothica will still perform on every stop of the tour, which comes in support of Coheed And Cambria’s upcoming ‘Vaxis II’ album.

The first allegations against Pearson surfaced on June 1, when a woman claimed on Reddit that she’d been “preyed upon” by the singer across several interactions. Pearson responded to her allegations directly, writing in a statement of his own that “every sexual act was purely consensual”.

A second allegation was made on June 2, when another Reddit user claimed that Pearson forced her into sex. Pearson also responded to that user’s allegation, again stating that he felt their encounter to be “a consensual experience” and claiming he would “be entering an intensive therapy program to address this issue head on”.

Several more allegations have been made on social media, however Pearson has not responded directly to any others. June 4 saw Dance Gavin Dance release a statement that read: “The recent allegations against Tilian are something we take very seriously, and we have been in deep discussion regarding the appropriate action.”

Though they noted that Pearson was “stepping away from the band” to seek therapy, they did not confirm whether his departure would be permanent. The band stressed that they “will continue on with all currently scheduled tours”, and reaffirmed plans to move ahead with the release of their 10th studio album, ‘Jackpot Juicer’, on July 29.

“We all worked incredibly hard on this album,” they wrote, “and it is also the last recorded body of work from [bassist Tim Feerick, who died in April] – we want to be sure we give it the full release attention that it deserves to honor his legacy. We know that this is a very upsetting situation for all those affected, and we ask people to please be as understanding as possible while everyone works through this.”

Dance Gavin Dance shared another statement on June 8, alerting fans that they would continue to release “videos, promo photos, and upcoming magazine features” that featured Pearson. “You have a choice in what you support, purchase and listen to,” they wrote. “We hope that you still choose to support us.”