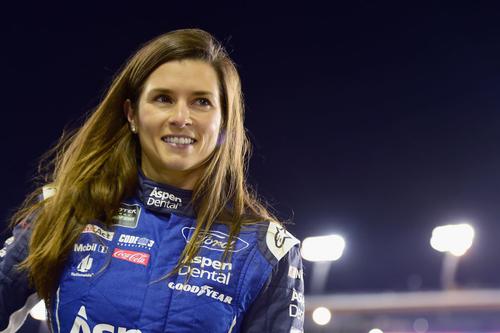 Danica Patrick and Aaron Rodgers have been romantically linked for a few weeks now, ever since the two were spotted out to dinner together with a group people. Today, Danica confirmed the rumors, telling the AP point blank, “Yes, Aaron and I are dating.”

Rodgers, who missed nine games this season due to a broken collarbone, described the challenges that come with dating another celebrity in an article published by ESPN the Magazine last August.

“When you are living out a relationship in the public eye, it’s definitely … it’s difficult,” Rodgers said. “It has some extra constraints, because you have other opinions about your relationship, how it affects your work and, you know, just some inappropriate connections.”

Danica Patrick plans to finish her racing career career by competing at next month’s Daytona 500 and the Indianapolis 500 in late May, a farewell she’s calling “The Danica Double.”