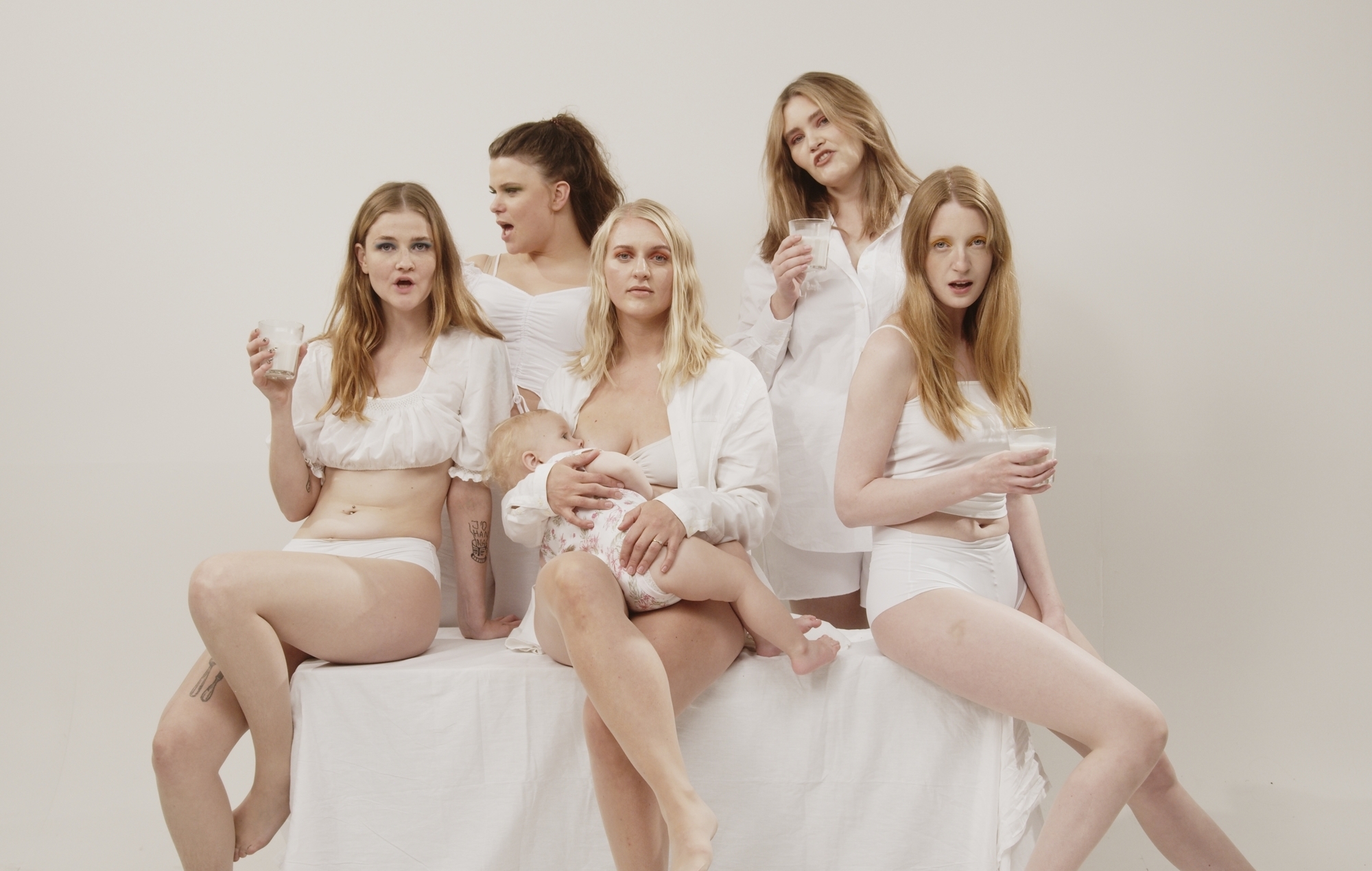 The feminist hip-hop trailblazers’ new track comes after four of the nine members recently became mothers, which in turn inspired them to deliver an empowering message of motherhood.

“The song is an anthem written by hot mothers for hot mothers, as well as all fans of mothers in general,” members of the 9-piece rap collective formerly known as Reykjavíkurdætur said in a statement.

The track, which is the first preview of the collective’s forthcoming new EP, comes alongside a provocative new video that includes breast pumps, nudity, male models and “50 litres of breastmilk”.