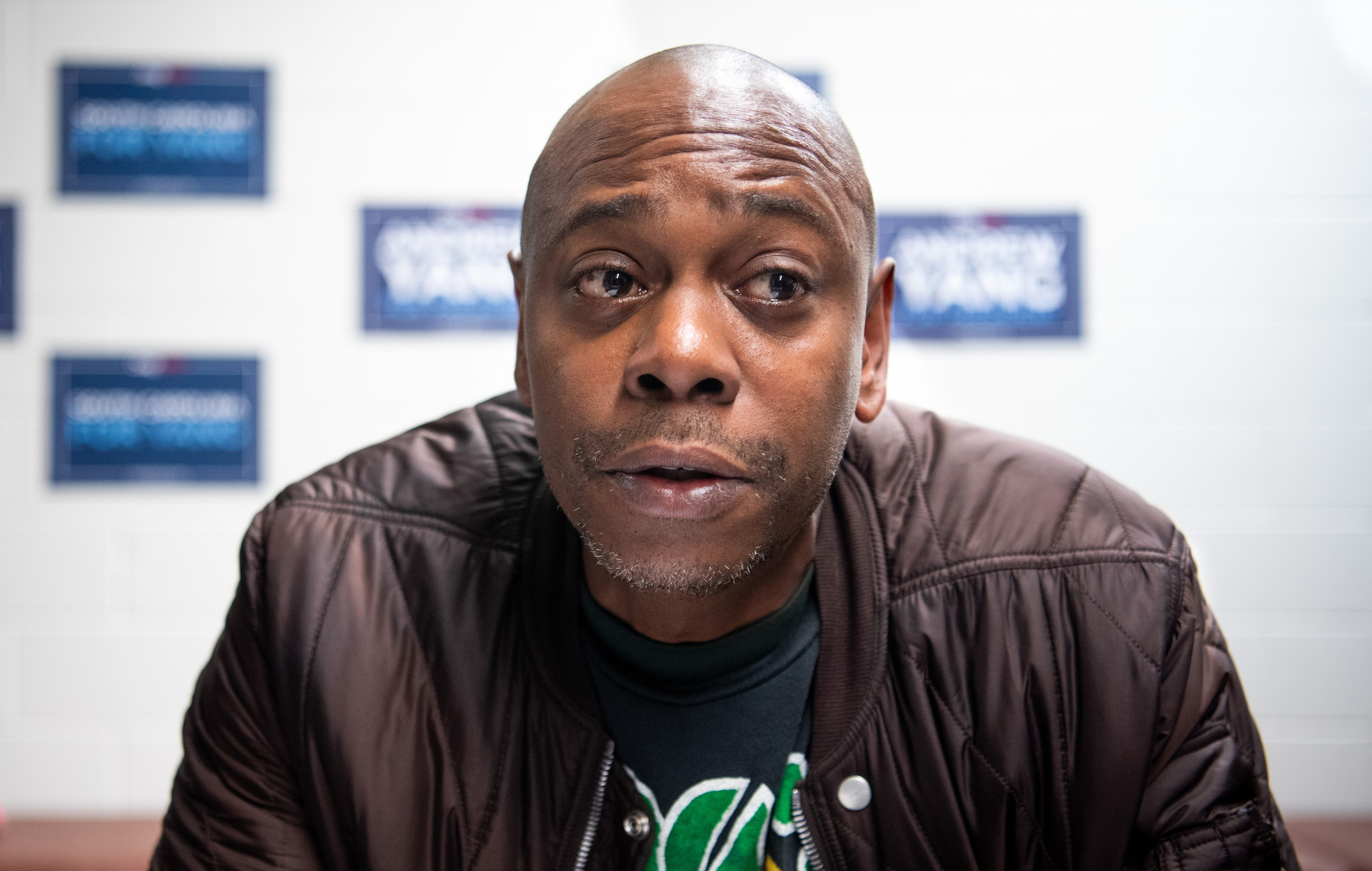 Dave Chappelle’s poignant ‘8:46’ special is being pressed on limited-edition vinyl

A year on from its debut on YouTube, Dave Chappelle has teamed up with Jack White’s label, Third Man Records, to release a limited-edition vinyl pressing of his special 8:46.

The release, which is limited to 846 numbered copies, is pressed on a tri-coloured black, red and green vinyl with a white splatter. There will also be a standard black vinyl, for which a pressing number has not been offered.

Both versions are available for pre-order, and will ship on October 29.

Produced by Netflix, the 27-minute special was released on YouTube last June. It was recorded a week before its release at Chapelle’s home in Yellow Springs, Ohio. In it, he addresses the murder of George Floyd, who was killed by Minneapolis police officer Derek Chauvin on May 25, 2020.

The title ‘8:46’ is a reference to the amount of time Chauvin spent kneeling on Floyd’s neck.

During the set, Chappelle said: “I can’t get that number out of my head because it was my time of birth on my birth certificate. I was born at 8:46 in the morning and they killed this n**** in eight minutes and 46 seconds.”

Take a look at the pressing via Third Man Records’ Instagram below:

Side A of the vinyl release features 8:46 in full. Side B includes 8 minutes and 46 seconds of silence, as well as performances of ‘My Insides Out’ and ‘We Must Win’ by poet Amir Sulaiman, both of which were also recorded in Ohio.

All proceeds generated from sales of the release will be donated to Chappelle’s high school alma mater, Duke Ellington School of the Arts in Washington, DC.

“When I was a student at Duke Ellington, the teachers instilled in me the notion of activism through art,” Chappelle said in a press statement. “We need more soldiers for great causes on the stage.”

According to Third Man Records: “Every aspect of this project, from the performance, the directing, the sound mix and mastering, the design and photography, was completed by artists who graciously donated their time and efforts.”

Last month, Chappelle appeared on the Joe Rogan Experience podcast to discuss world issues like gay rights, cancel culture and the current coronavirus pandemic. During the interview, he mentioned that he “used to buy weed” off actor Idris Elba.

In April, Chappelle launched his own podcast called The Midnight Miracle, co-hosted by rappers Talib Kweli and Yasiin Bey (who perform together as Black Star).

In January, Chappelle was forced to cancel a stand-up residency in Texas after he tested positive for coronavirus.