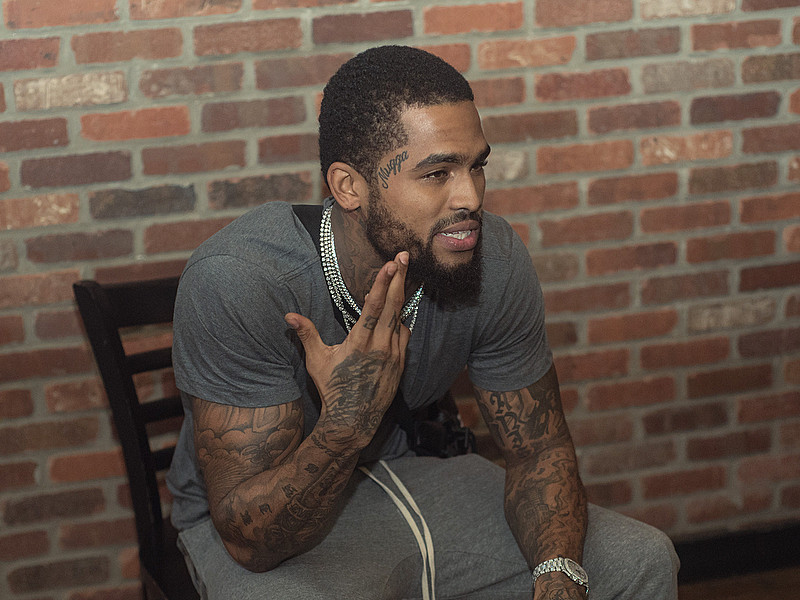 Dave East found himself in a bit controversy after a graphic artist accused the KARMA artist stealing a design.

St. Louis-based artist Rell Brodie claimed East was selling merchandise featuring the design some artwork he gave to the Nas protege as a gift.

“Damn @DaveEast team stole my design and put it on a shirt instead just contacting me,” Rell tweeted on Tuesday (January 2). “After I designed I went to the show and gave it to him personally with all my contact info.. thats not solid smh.

The artist later posted a video him bringing the artwork to an East concert. He also expressed frustration with people defending the Harlem-repping MC and noting how the design was used without consent.

“I gave that man that portrait personally, Stop capping for that man,” he continued. “I have it on video him accepting the work. They used my design for prit without my permission thats stealing. So you get the fuck outta here. Its not just internet shit.”

A day later, Rell claimed he spoke to East about the situation and rectified the dispute. He noted how the incident made him realize how important it was to protect his work.

“Ive talked to dave east personally and its being handled,” he wrote on Wednesday (January 3). “Now im doing the proper things to make sure this never happens again. By the end the week my art will be protected. Lesson learned.”

Although the two sides cleared the air, East shared the picture that Rell’s artwork was based on and retweeted a Twitter user who claimed the artist simply “traced a photo.”

“Welcome to my life,” East told the fan.