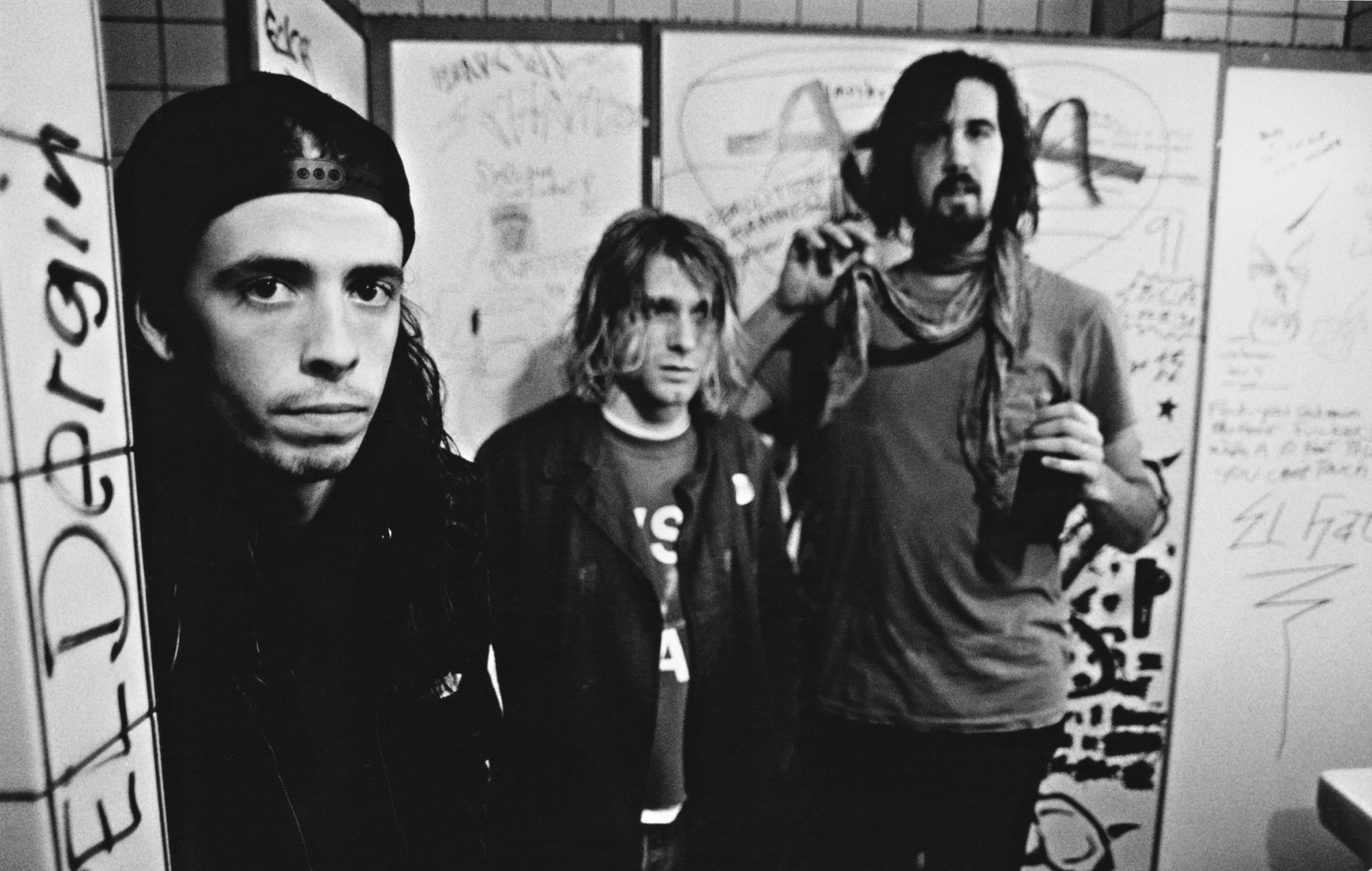 Dave Grohl on Nirvana’s ‘Smells Like Teen Spirit’: “We just thought it was another cool song for the record”

Dave Grohl has looked back on writing Nirvana‘s ‘Smells Like Teen Spirit’, explaining that the band initially thought it was just “another cool song”.

The Foo Fighters frontman spoke about the classic single as part of NME‘s ‘Nevermind at 30’ track-by-track feature, which also sees the likes of The Killers, Lorde, St. Vincent and Biffy Clyro dig into their favourite cuts from the record.

“I remember writing ‘Teen Spirit’ in our rehearsal space, and I liked the riff that Kurt [Cobain] came up with because it’s percussive, Grohl remembered. “Those muted, stabbing strums inbetween the chords really leant to the pattern of the drum riff.”

He went on to tell NME that Nirvana “were listening to a lot of Pixies” at the time, “it was ‘Bossa Nova’ [era]”. “We were just having fun, really,” he added.

Explaining that the group were penning “new song after new song every day”, Grohl said: “Of course, no-one had any psychic foresight to imagine that [Teen Spirit] would go on to do what it did. We just fuckin’ rocked it in a little rehearsal space that was like a barn.”

Although he “didn’t know what the lyrics were”, the musician recalled how he “realised the power of the song” once Nirvana took it into the studio. “And not just lyrically or musically, but the groove of the song – it was really powerful,” he told NME.

“I think everyone was more focused on songs like ‘In Bloom’ or ‘Lithium’ or ‘Breed’; nobody really paid too much attention to ‘Teen Spirit’ while we were recording it. We just thought it was another cool song for the record.”

Meanwhile, the BBC recently celebrated 30 years of ‘Nevermind’ (1991) with a new film about Nirvana’s time in the UK. Titled When Nirvana Came To Britain, it can be streamed here via BBC iPlayer.