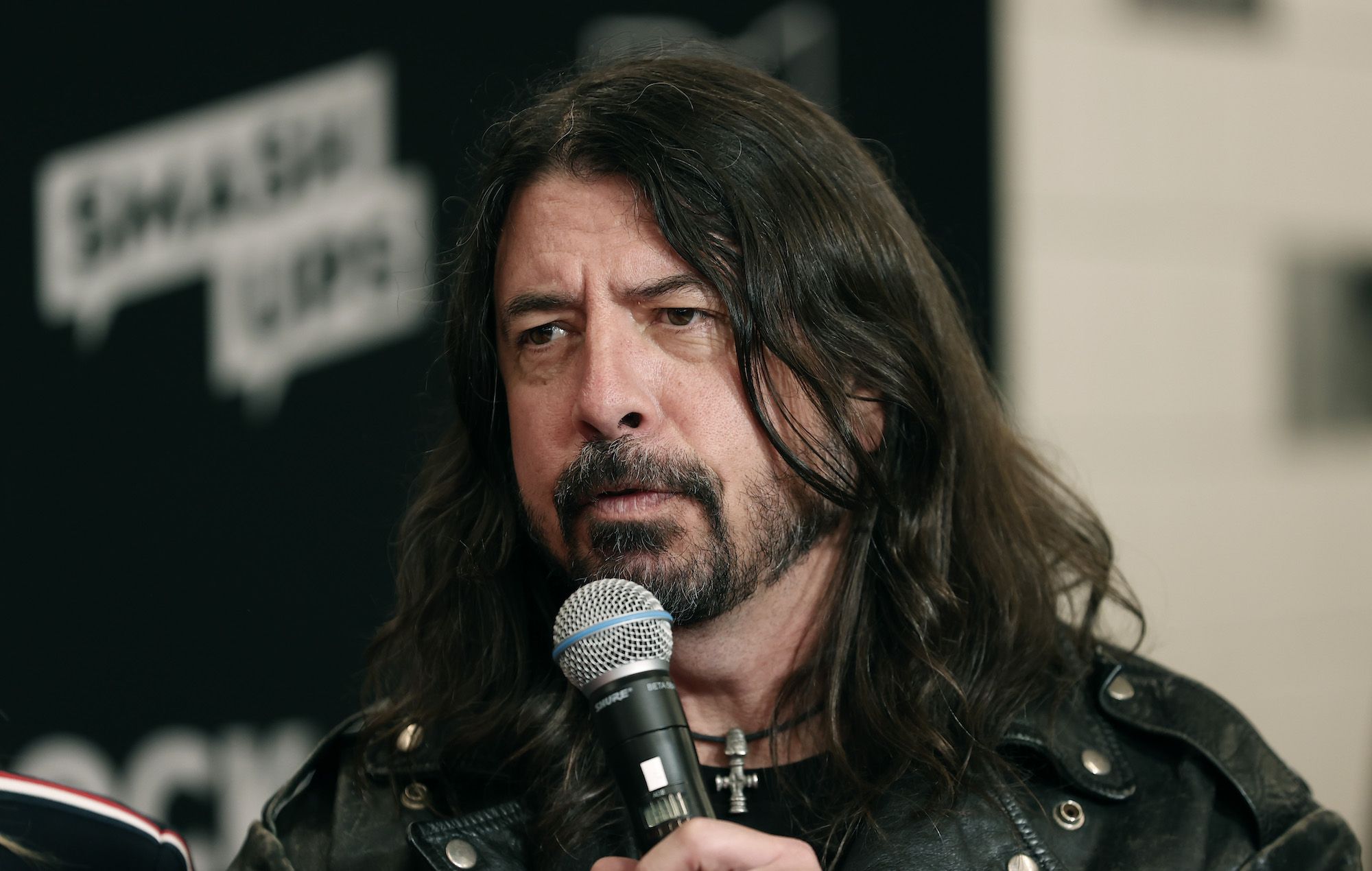 Grohl took to the mic as the show kicked off at 4:30pm, joined by his Foo Fighters bandmates, who at points had their arms around each other for the emotional moment. “Ladies and gentlemen, tonight we’ve gathered here to celebrate the life, the music and the love of our dear friend, our bandmate, our brother, Taylor Hawkins,” the frontman began after the crowd united in chanting Hawkins’ first name.

“For those of you who knew him personally, you know that no one else could make you smile, or laugh, or dance, or sing like he could. And for those of you who admired him from afar, I’m sure you’ve all felt the same thing so, tonight, we’ve gathered with family and his closest friends, his musical heroes and greatest inspirations to bring you a gigantic fucking night for a gigantic fucking person.

“So sing and dance and laugh and cry and fucking scream and make some fucking noise so he can hear us right now. Cos you know what, it’s gonna be a long fucking night, right?”

Hawkins, who served as Foo Fighters’ drummer from 1997, died in March 2022 while the band were on tour in Bogota, Colombia. He was 50 years old.

“As one of the most respected and beloved figures in modern music, Taylor’s monolithic talent and magnetic personality endeared him to millions of fans, peers, friends and fellow musical legends the world over,” a statement about the concerts on Foo Fighters’ website reads. “Millions mourned his untimely passing on March 25, with passionate and sincere tributes coming from fans as well as musicians Taylor idolised.

“The Taylor Hawkins Tribute Concerts will unite several of those artists, the Hawkins family and of course his Foo Fighters brothers in celebration of Taylor’s memory and his legacy as a global rock icon—his bandmates and his inspirations playing the songs that he fell in love with, and the ones he brought to life.”