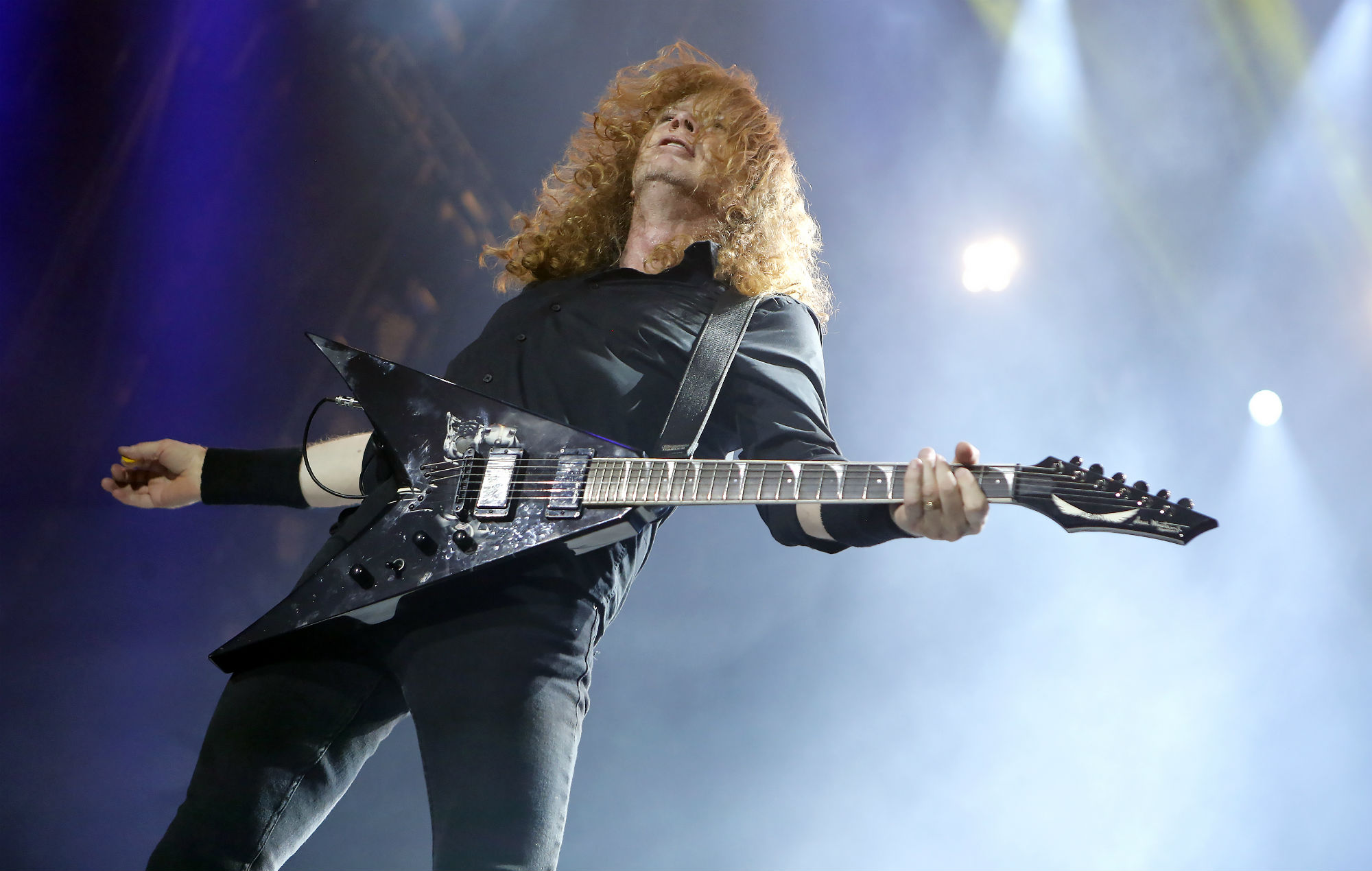 Dave Mustaine – current Megadeth frontman and former guitarist for Metallica – has stated that if he wasn’t ousted from the latter band in 1983, he doesn’t think they’d still be around today.

Mustaine shared his opinion in a new interview for Gibson’s Icons series, wherein he spent over an hour delving into the history of Megadeth and his personal experiences as a musician.

Among the stories he shared was a candid recollection of his firing from Metallica, a matter of weeks before the metal icons recorded their debut album, ‘Kill ‘Em All’.

The band had driven from California to New York for the sessions, but Mustaine was fired upon arrival, owing to his problems with alcoholism, drug abuse and personal clashes with James Hetfield and Lars Ulrich. In his new Icons interview (as transcribed by Blabbermouth), Mustaine said he was “probably was destined to leave” primarily because “there was just so much talent and so much personality between the four of us”.

“I don’t know that we could have survived,” he said. “There was destined to be some kind of an explosion at some point.”

He continued: “Leaving Metallica, a lot of the things that they did, watching them have their success, it could have been anything. They could have quit metal and started making Twinkies and I would have been jealous because we were friends and then, all of a sudden, we’re not friends anymore.

“All I know is that I wanna keep doing what we’re doing together because we make people happy and the four of us get to drive around like we’re something special. And I never felt special before in my life until now. But we have this guitar, we’ve got this band, and now I feel like I’m somebody.”

Despite initially feeling sour about his forced departure, Mustaine noted that he has a strong relationship with Metallica in the present day. “I’m glad to say that our friendship today is so much different from that moment, those moments, those days, those times, those people,” he said.

“We’re all different. We’re dads. We’re older now. And I think that probably was the most shocking and hardest thing to tolerate or to accept at the end, was that when the band stopped, I kind of felt like I stopped. I know that’s not true. But what’s a young kid at the time to think? I had no mentors, I had no one talking [to me through] my life and saying, ‘You’re gonna get through this, and you’re gonna be so much happier for it.’”

Take a look at Mustaine’s full episode of Icons below:

Megadeth are set to embark on an extensive tour of North America next month, announcing last week that former bassist James LoMenzo will reunite with the band for their co-headlining run with Lamb Of God, after David Ellefson was sacked from his role as bassist back in May.

Last month, Mustaine teased fans with a brief, obscured piece of footage of Ellefson’s replacement on Megadeth’s forthcoming 16th album, ‘The Sick, The Dying And The Dead’. It’s yet to be confirmed if LoMenzo is also the ‘mystery bassist’ who re-recorded all of Ellefson’s parts on the record.

Their most recent album, ‘Hardwired… To Self Destruct’, was released in 2016, gaining a four-star review from NME. The band are currently hard at work on their 11th album, which lead guitarist Kirk Hammett recently said he hopes will “cut through the division” in the world.

In other Metallica news, the band recently announced two special hometown shows in San Francisco to celebrate their 40th anniversary. 2022 will see them take to the stage at a series of festivals around the world, including Hellfest in France, NOS Alive in Portugal and Mad Cool in Spain.