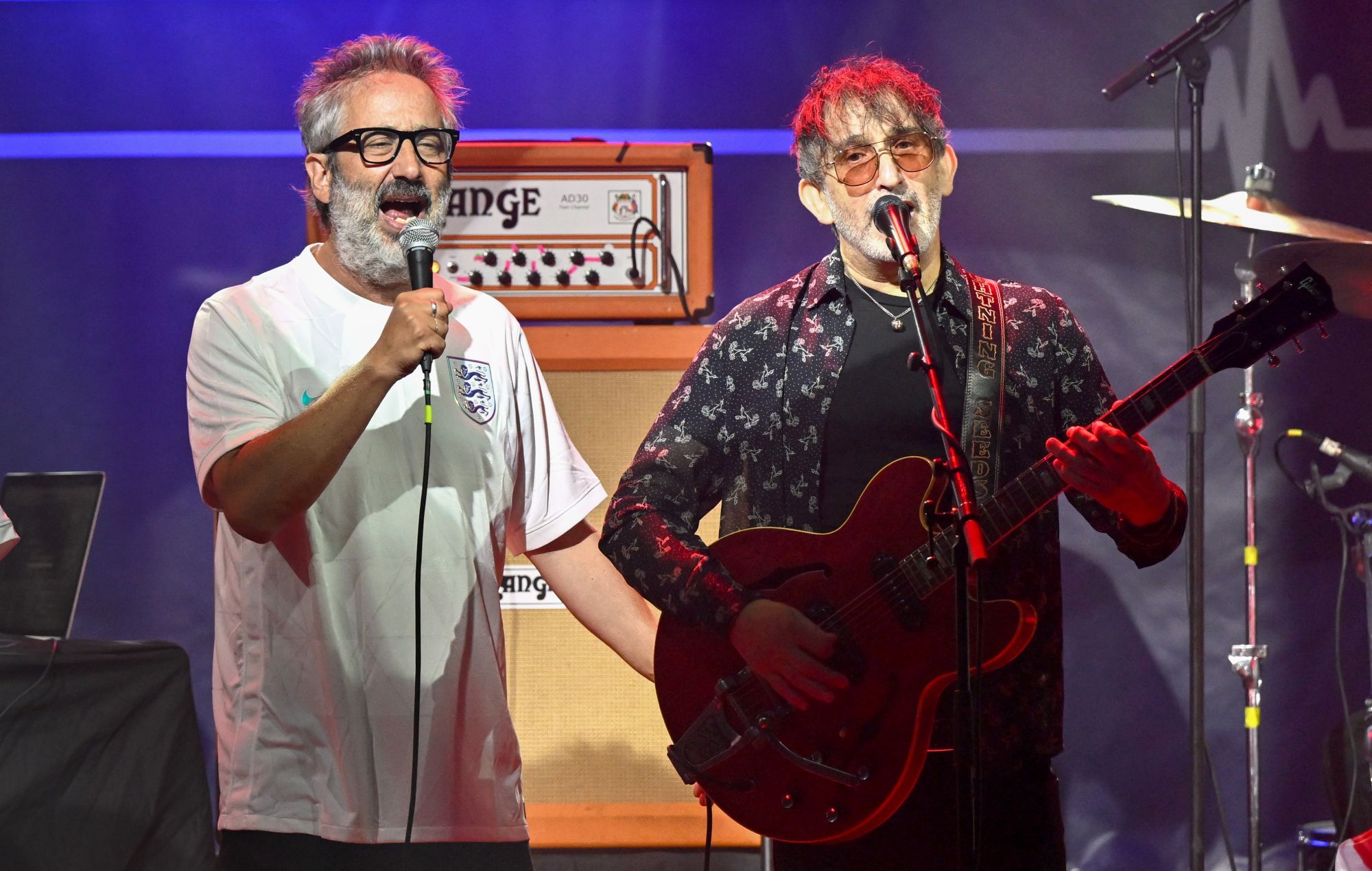 David Baddiel has said that his ‘Three Lions’ football anthem with Frank Skinner and The Lightning Seeds could be “put to bed” after the England Women’s team’s Euro 2022 victory.

The comedian said in a new interview that the song, which had become part of the fabric of English football culture after decades without an international tournament win, could be less of a staple in cheering on players in future fixtures.

“The women have reset the clock,” Baddiel told BBC Radio 4’s Today programme (via The Guardian) after the win, which erased 56 years of England failing to secure a trophy.

‘Three Lions (Football’s Coming Home)’ was released in May 1996 to mark that year’s UEFA European Championship (aka the Euros), which England was hosting.

The lyric “30 years of hurt” in the chorus was a reflection on the fact that England hadn’t won a trophy since triumphing against West Germany in the 1966 FIFA World Cup.

When asked if it was now time to retire the song as well as decades of gloomy expectations, Baddiel said: “I’m very happy to think the song would, in a way, be put to bed.” He added, however, that fans may feel differently the next time England loses.

“It was beautiful to hear it sung out of Wembley [on Sunday] as we finally clinched a final, I really did think that would never happen,” Baddiel added. “It’s so amazing to actually think, ‘Oh, we’ve won, this doesn’t happen, it’s actually happened.’”

The England Women’s football team gatecrashed their coach Sarina Wiegman’s press conference after the match on Sunday (July 31), singing the anthem as they danced about and climbed on top of tables. They also sung the anthem at their victory parade in London’s Traflagar Square yesterday (August 1) in front of thousands of fans.

Baddiel added: “We talk about football, we just assume you mean men’s football. Football is not default owned by men – that is something I think is only made clear very recently.

“It’s the same game, played by women or played by men. What’s totally brilliant in the last few weeks is a sense that the country can get behind it in entirely the same way,. We’ve won, not the women have won. We’ve won.”