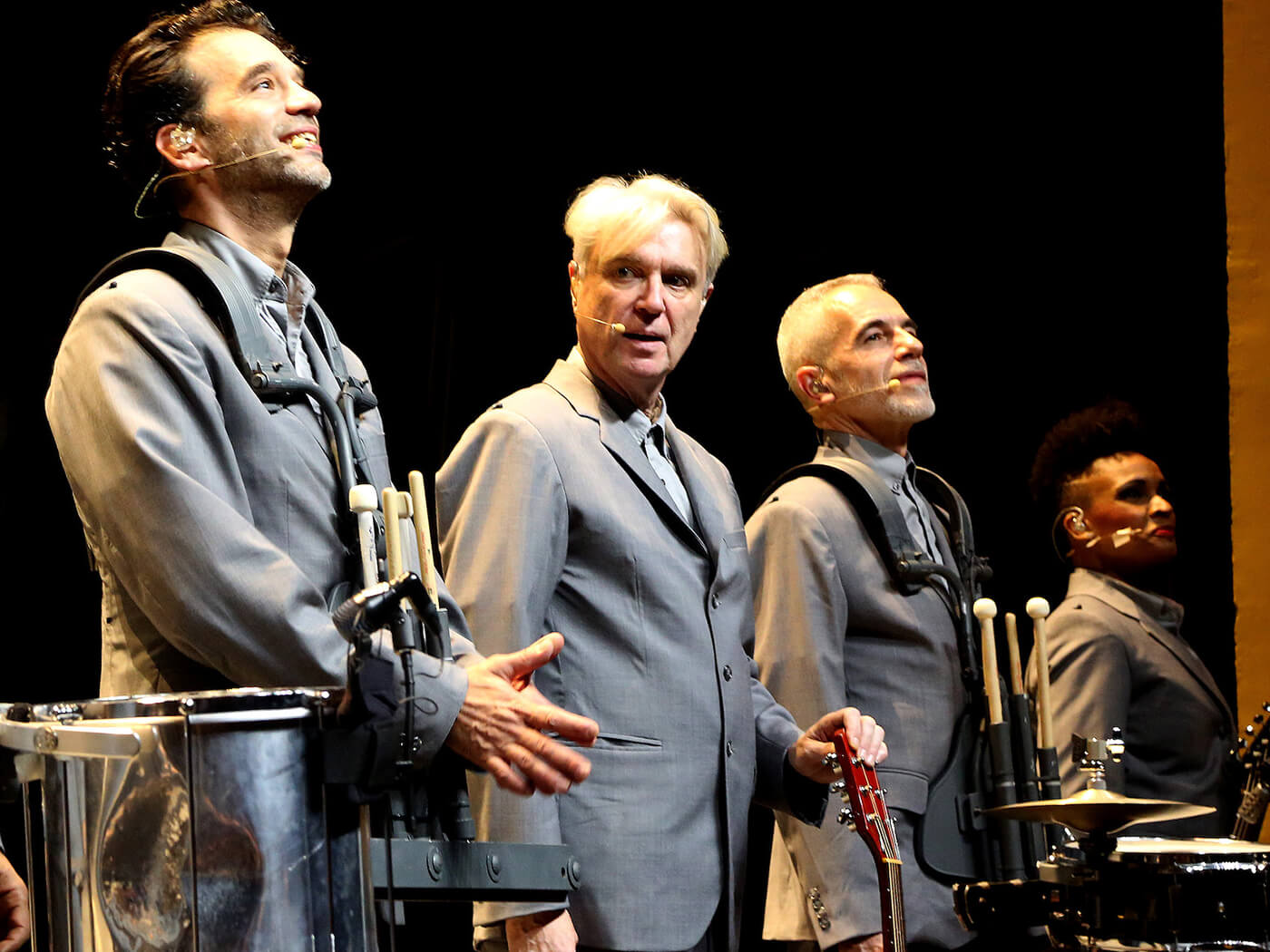 David Byrne’s American Utopia is returning to Broadway in modified form due to the surge in Omicron COVID-19 cases in New York.

The show started its second run in Manhattan earlier this year but was forced to cancel dates after a rise in cases and company members testing positive for the virus.

Byrne has announced that American Utopia has resumed on December 28, albeit not in its usual form. “Most nights I’m on this stage performing American Utopia On Broadway,” he said in a Facebook video. “However, several members of our company, band and crew – who are fully vaccinated – have tested positive for COVID.

“Fortunately, these band members and crew don’t have severe symptoms and are following the CDC guidelines. We hope that they’ll be back with us in a few weeks. Unfortunately, though, they can’t come to the theatre and they can’t help us make this show. So rather than us cancelling our shows, we’re looking at this as a kind of opportunity to, well, honour our commitment to the audiences who are coming in the coming weeks and creating something special.”

He continued to say that he didn’t think the adapted production would happen again beyond this next few weeks. The new, temporary version of the show will feature Talking Heads songs, Byrne’s solo material and tracks from American Utopia.

“We’re having a great time learning this stuff and a lot of fun doing it,” he added. “It’s gonna be amazing. I’m excited about it. I think it shows that we can adapt and persevere.”

American Utopia is held at Broadway’s St. James Theatre. Tickets are on sale now for shows until the end of April 2022.