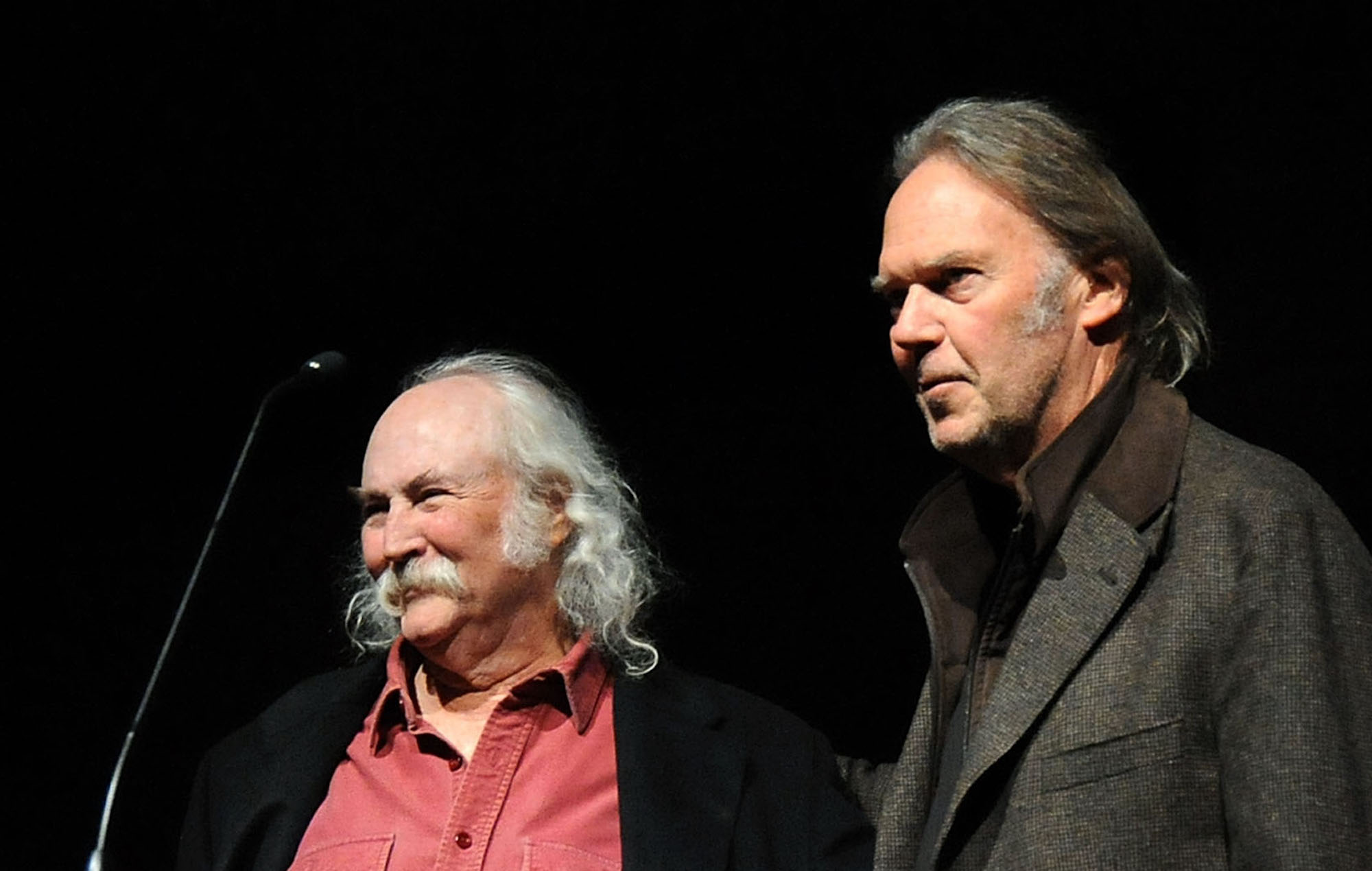 David Crosby has labelled Neil Young as the “most selfish person” he knows in a scathing new interview.

According to Crosby, the former Crosby, Stills, Nash and Young bandmates are being kept apart by some “petty-assed bullshit.”

He told The Guardian: “Neil has got a genuine beef. I did say something bad about his girlfriend [Daryl Hannah]. I said I thought she was a predator. OK, he can be mad at me. That’s all right.”

Despite admitting his mistake, Crosby went on to call Young “probably the most self-centered, self-obsessed, selfish person I know. He only thinks about Neil, period. That’s the only person he’ll consider…

Elsewhere in the same interview, Crosby hit out at Graham Nash, saying: “Graham just changed from the guy I thought was my best friend to being a guy that is definitely my enemy, so I don’t see any future there at all.”

Meanwhile, Young has criticised hosting live shows during the pandemic, and called on big promoters to cancel their planned concerts.

In a new blog post on his official website, Young labelled COVID-era gigs as “super-spreader events” and said “the big promoters are responsible” for any rise in cases that come from live shows.

“The big promoters, if they had the awareness, could stop these shows,” Young wrote in the blog post. “Live Nation, AEG, and the other big promoters could shut this down if they could just forget about making money for a while…

Crosby released new album ‘For Free’ back in July of this year. In a five-star review of the album, NME wrote: “This surge of creativity and zest for music is something we can all be grateful for, and hopefully there’s more to come – he’s said there are two more albums planned.

“If ‘For Free’ does prove a parting gift, it’s as fitting as any, an album that can only be made after a life lived. And it’s another glimmering triumph from the counterculture great.”