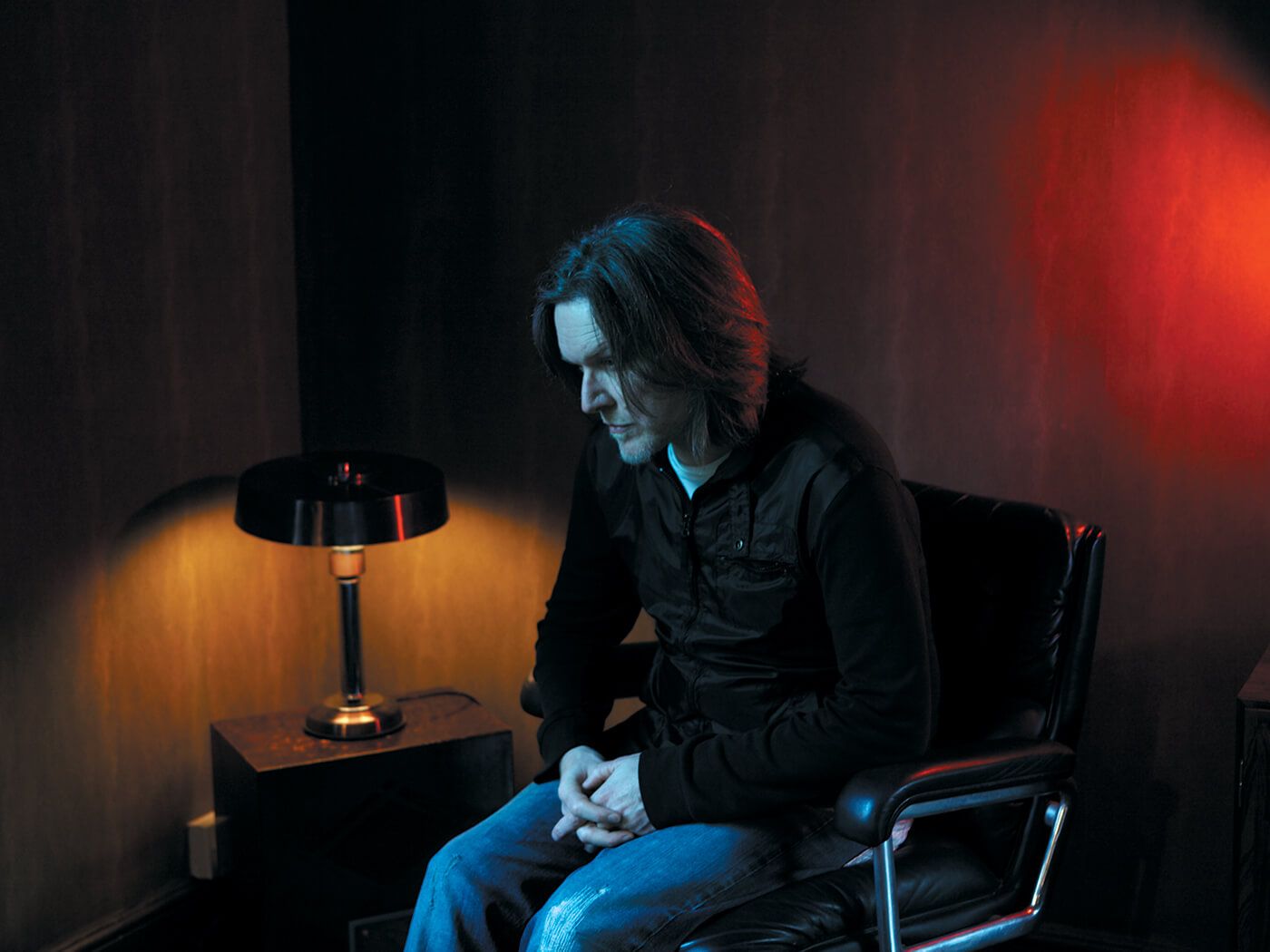 Interviewed in 2009, David Sylvian mused upon the supposed difficulty of Manafon, his last vocal studio album to date. “I don’t personally hear it as being a difficult album, but I’ve always known the experience would be different for others. Time will soften its edges. It may sow the seeds for what might develop into a new genre for vocal music perhaps? Or maybe it’s simply a passing glitch on the digital face of popular music. I don’t know. But what I am sure of is that, over time, its abstractions will become much easier to embrace.”

The reissue of Manafon, along with its older sibling, 2003’s Blemish, on 180g vinyl, offers an opportunity to reconsider what increasingly look like the last works of David Sylvian’s long, brilliant and elliptical pop career. It’s fair to say they haven’t yet seeded a new genre – though you might find echoes of these spectral artsongs in the work of Björk and Julia Holter. But as predicted, they now seem eminently embraceable: tatterdemalion torchsongs, that for all their atmospheric disturbances you might file alongside Nick Drake’s Pink Moon, Frank Sinatra’s Where Are You?, John Cale’s Music For A New Society…

Blemish was the turning point. It’s a case study in not letting a good crisis go to waste, composed as Sylvian’s relationship and domestic life with Ingrid Chavez was disintegrating. With 2000’s Everything And Nothing compilation serving as a timely epitaph of his two decades at Virgin, Sylvian was free of commercial imperatives and already casting around for new directions. He had detected new signals in the glitchy electronica of acts like Oval, and found fresh succour in the abstract laments of Derek Bailey’s Ballads. And with his home studio in New Hampshire complete, he had a sonic fortress of solitude all ready and waiting.

The old forms that had served him to abundant success on Dead Bees… were simply no longer adequate, and the urgency of his midlife soulstorm facilitated his voyage into improvisation. It was a process that had always been on his horizon, from his teenage Stockhausen infatuation, through collaborations with Holger Czukay and Keith Tippett. Now he had Derek Bailey, Virgil to his Dante, as a guide.

Bailey’s abstract plucking and fretting – like curious crows pecking at the remains of the relationship – seemed to prompt Sylvian’s own reinvention of the guitar, whether in new tunings or electronic treatments. But the songs are anchored in an awful profundity of feeling. “Life’s for the taking”, he sings with abject gravity on the title track, “so take it away”.

Contrary to its bleak reputation, though, the moments of lightness on Blemish have become more apparent. “Late Night Shopping” feels like a Mogadon cousin of Iggy’s “Nightclubbing”, while “Fire In The Forest”, Sylvian’s first collaboration with guitar alchemist Christian Fennesz, feels almost like a “You’ll Never Walk Alone” moment of showstopping uplift – “There is always sunshine above the grey sky/I will try to find it”.

Fennesz proved to be a crucial stargate to a new galaxy of free and electro-acoustic improvisers. While Sylvian was in Cologne touring Blemish in 2004, Fennesz invited him to the opening night of a showcase for Jon Abbey’s Erstwhile label, featuring Keith Rowe, Otomo Yoshihide, Toshi Nakamura and Sachiko Matsubara among others. The introduction helped materialise Sylvian’s tentative plans for an album of new chamber music, cultivating the seeds that had been planted on Blemish into a rich and strange forest of free improvisation and narrative song.

Recording sessions in Vienna, Tokyo and London, with a shifting cast of players, including the Erstwhile crew plus members of drone ensemble Polwechsel, pianist John Tilbury, saxophonist Evan Parker and turntablist Otomo Yoshihide, Sylvian compared his role to that of a film director – with characteristic arthouse dolour he suggested Bergman, but the Swede loathed improvisation. A better analogue might be Mike Leigh, encouraging and nudging group discovery, for material to be edited and cut together later.

For some in the audience Manafon might have been the final straw: a suite of atonal, meandering narratives concerned with cantankerous, antisocial poets (RS Thomas and Emily Dickinson were presiding spirits). Sylvian himself suggested that the record might be best appreciated posthumously.

But listening to it today, without the dashed hope that he might return to more conventional song forms, what you hear more than ever are the continuities. On the opening track, “Small Metal Gods”, even as he puts away his childish things in a ziplock back, as he sings of “the wretched story line”, “the narrative that must go on”, backed by Werner Dafeldecker’s woody bass, you can hear the same delicate, devastating deconstruction of the pop song that began in earnest with “Ghosts” back in 1982.

Of course he was already ahead of us. “Manafon is a pop album,” he told a sceptical Keith Rowe way back in 2010. “You could replace my voice with voices of the past and it would take a small step into an alternate future. Imagine Sinatra or Hartmann singing these songs! It takes just the smallest of leaps.”