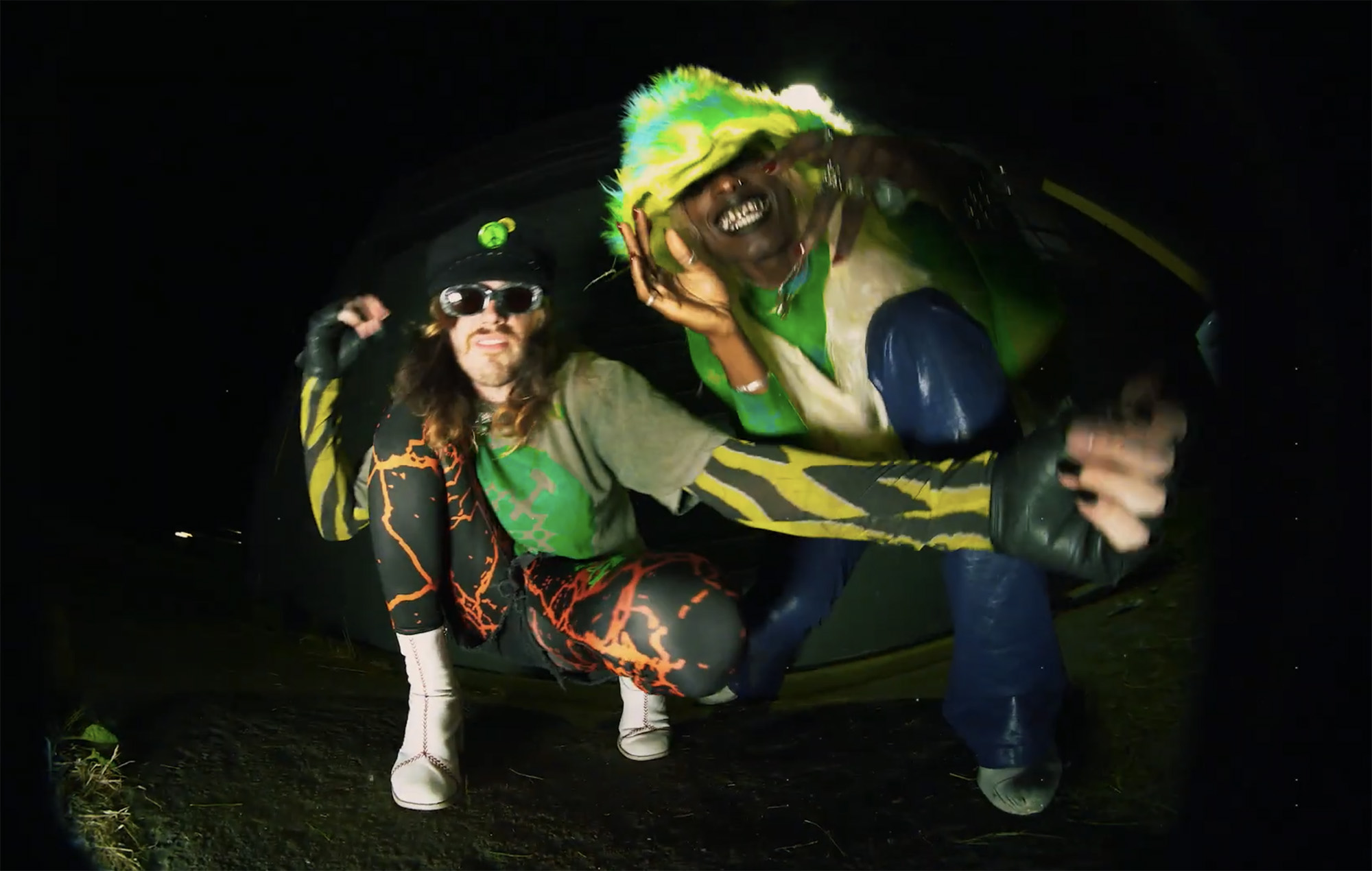 Hardcore duo and NME 100 members Death Tour have returned with the new single, ‘Strictly 4 My Divaz’.

Clocking in at just over a minute and a half, the new single smashes together the bright, jarring sounds found in hyperpop and industrial music with Death Tour’s harsh vocals and overblown bass hits, making for a confronting, high-energy listen.

The music video, directed and produced by the duo themselves, warps between multiple dimly lit scenes of the pair performing, overlaid with a number of visual effects and backdrops.

‘Strictly 4 My Divaz’ marks Death Tour’s first solo single for the year, following on from their joint track with Strange Bones, ‘Venom’, back in January. In a post on the group’s Instagram, it doesn’t seem like more music is far off.

“Want some more this week…..? *THE ROCK VOICE* IT! DOESNT! MATTER! WHAT! YOU! WANT! You’re getting it. The floodgates have opened officially this time,” Death Tour said.


Death Tour – made up of MILLIONS000DEAD and Demi Yo’ko – were included in the 2021 NME 100 2021 for their unique brand of “potent, pissed-off hardcore that isn’t afraid of delving into hyperpop”.

“Bands have mashed up industrial hip-hop with hardcore punk before, but never with this sort of mayhem-inducing urgency. Taking influence from emo-rap and the maximalist chaos of hyperpop, these politically-charged, Slipknot-approved ragers are forward-facing and ready for battle. After hearing the pent-up power of recent singles ‘Scared?’ and ‘Survive’, we wouldn’t advise getting in their way.”