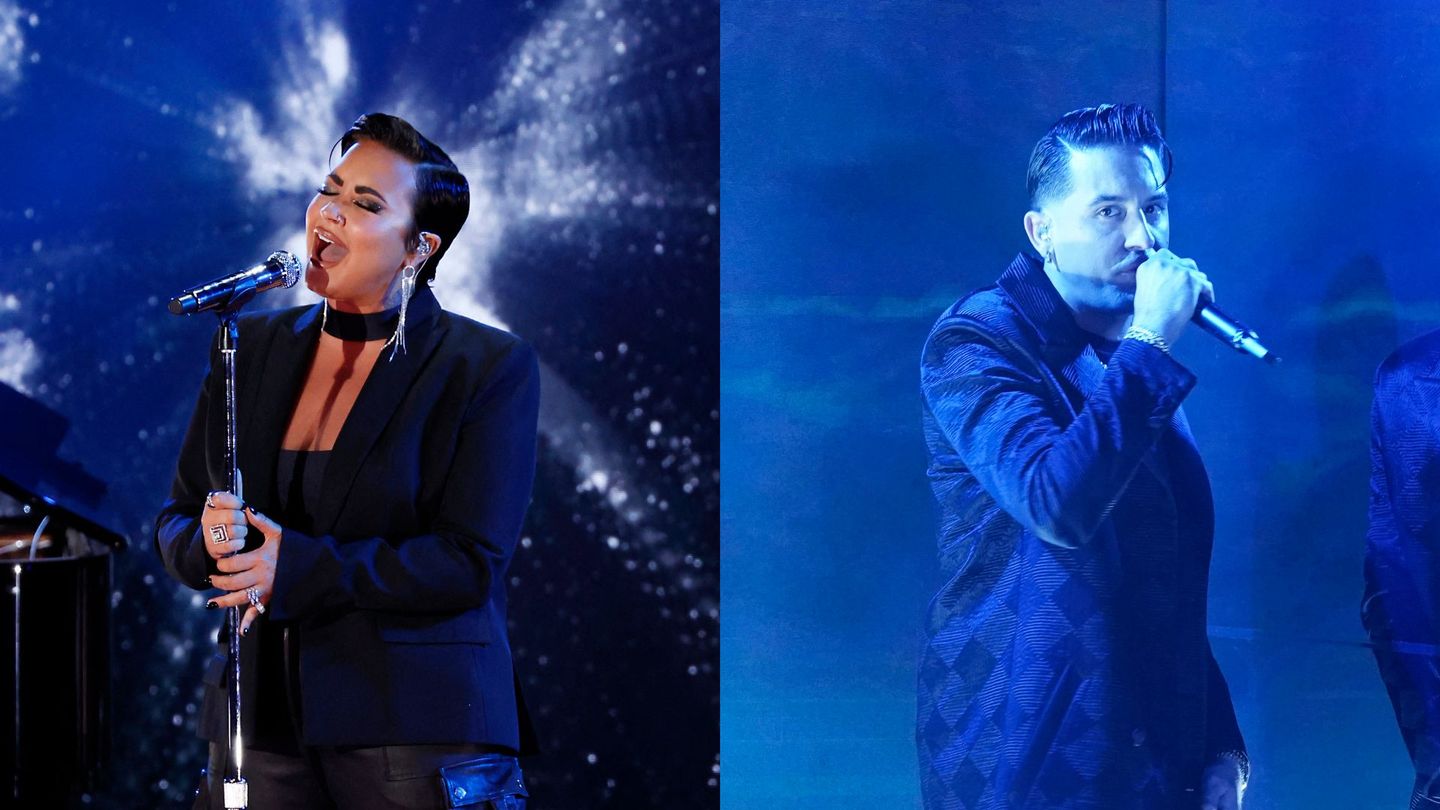 One neat thing about late-night musical performances today is how producers have found new and innovative ways to utilize the space of the studio. By and large, an appearance on The Tonight Show in 2021 is going to look a lot different than one from 2011, and not just because of the décor and set design. Now, the entire studio can be used rather than just the stage, making a three-minute song feel more conceptual.

Take Demi Lovato and G-Eazy’s rendition of “Breakdown” on Tuesday night (September 28). By centering both singers in front of giant screens and surrounding them with mirrors, the entire performance achieves a heightened sense of drama, especially when the projections behind the singers involve gossipy headlines that begin to feel invasive.

“I miss days where I used to feel like me,” Demi sings early on as stories about their addiction issues envelop the space behind them, literally looming overhead.

G-Eazy, meanwhile, is plagued by tabloid news clippings of his own personal life — breakups, arrests, and more — as he attempts to wade through the noise. “I’m fighting my demons, but they ain’t fighting fair,” he sings.

A performance backdropped by headlines only would likely verge on one-note, so the “Breakdown” staging also utilizes darkness and light, echoing something G-Eazy plunges into on the track (“All alone in dark space, ain’t no light in there”). The projections change into naturalistic imagery, ending on a serene beach scene and the two performers, who remain on separate ends of the stage for the song, embracing in a hug.

It’s all a nice counterbalance to the song’s chorus, where Lovato exclaims, “Oh, I’m in the middle of a breakdown, baby.” By the end, their embrace is clear that nobody can go it alone and that asking for help is the right thing to do. The staging, of course, helps underscore this.

“Breakdown” is track 12 on G-Eazy’s latest album, These Things Happen Too, which dropped on September 24. Check out his Tonight Show performance with Lovato above.