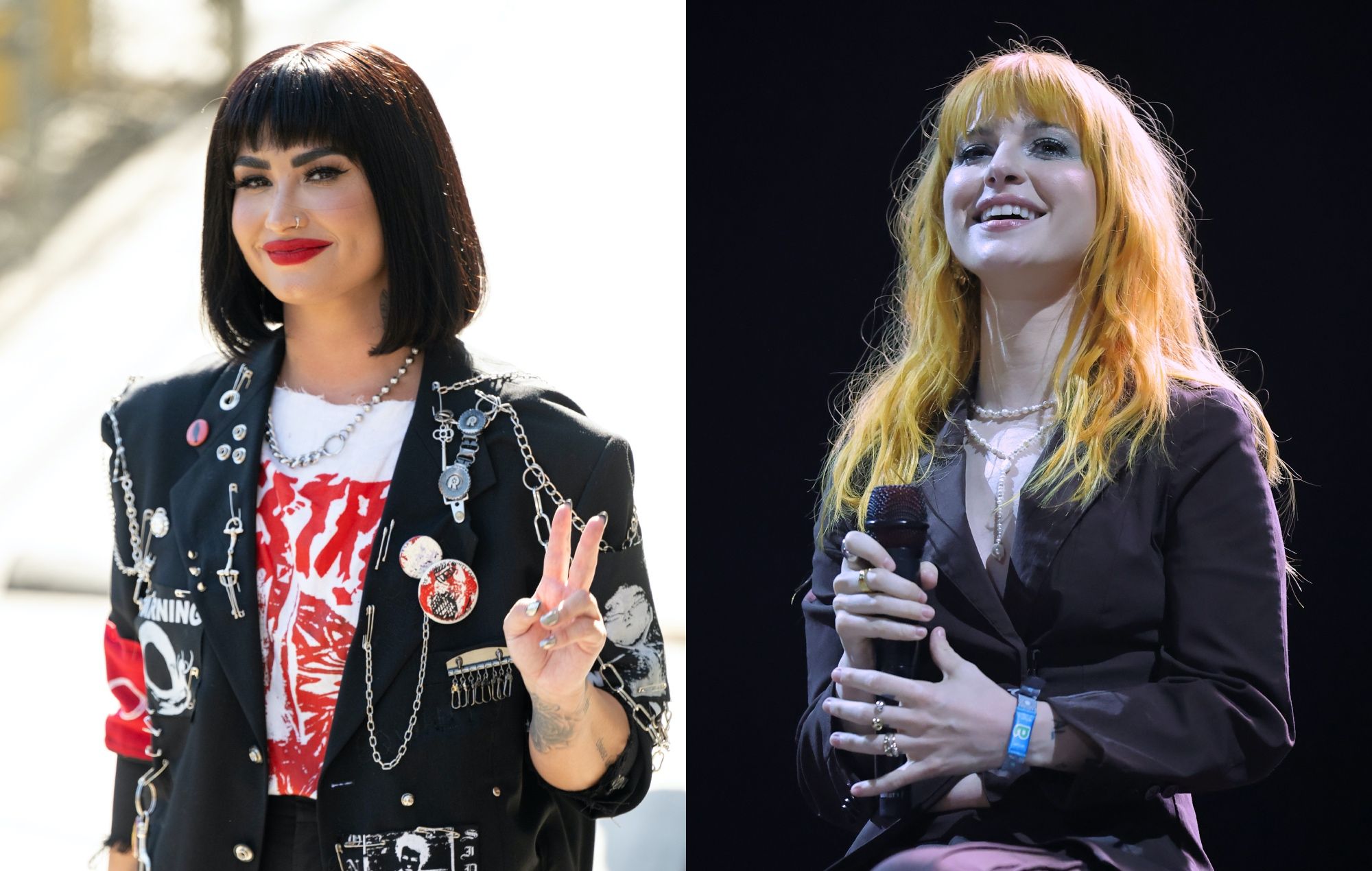 Demi Lovato has named Paramore frontwoman Hayley Williams as her “dream” collaborator in a new interview.

Speaking to Zane Lowe on Apple Music 1, Lovato revealed that the sound of her eighth album ‘Holy Fvck’ – out tomorrow (August 19) – had been inspired by ’00s female artists such as Kelly Clarkson and Ashlee Simpson.

She cited the former’s 2004 hit ‘Since U Been Gone’ as “one influence that really changed where I wanted to go directionally”, hailing the single as “a monster record”.

“And I saw the transformation of [Clarkson] as an artist go from R&B soul pop to pop rock,” Lovato continued. “And I was like, wait, that’s what I want to do.” The star would later go on to discover bands like Paramore and Flyleaf.

“I’ve known Hayley [Williams] since… I think I met her when I was 15,” Lovato told Lowe.

“I had a lot of people pulling for me that I didn’t necessarily talk to. She seems like the type of person that would be pulling for me during those times. But yeah, I didn’t get to know her that well but…she’s one of my biggest influences.”

The singer recently previewed the project with the single ’29’, on which she appears to reflect on the 12-year age gap in her former relationship with That ’70s Show actor Wilder Valderrama.

Demi Lovato has also shared the songs ‘Substance’ and ‘Skin Of My Teeth’ from her imminent new record – check out the full tracklist below.

Meanwhile, Paramore are due to make their return to the stage this autumn with an intimate North American headline tour. A new album from the trio is also on the horizon.