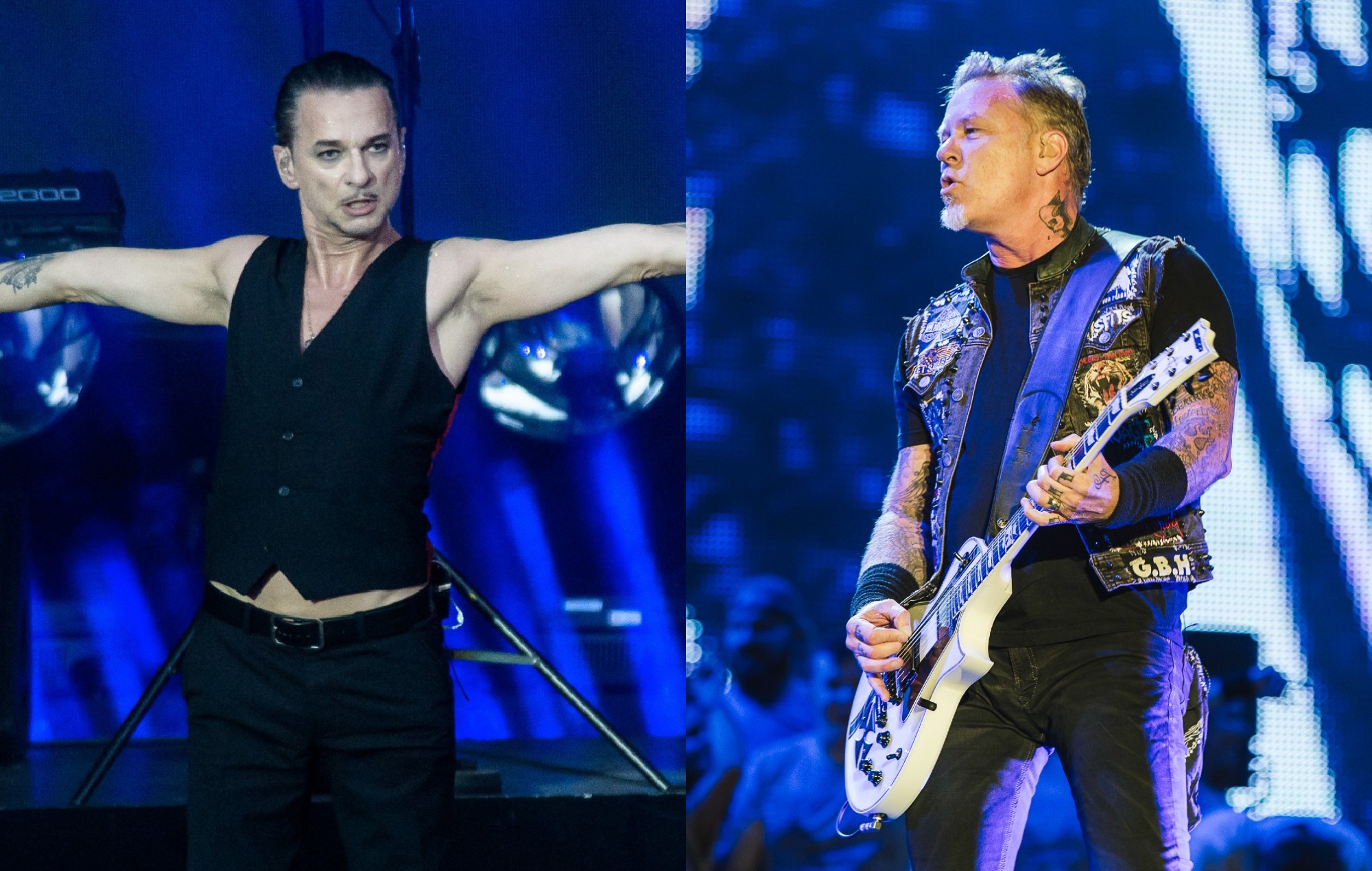 Depeche Mode’s Dave Gahan on covering Metallica: “There’s a dark side to both our bands”

Dave Gahan of Depeche Mode has reflected on his experience coving Metallica for the latter’s recent ‘Blacklist’ album.

Gahan was among the 53 artists who contributed covers of tracks from Metallica’s 1991 classic ‘The Black Album’ to celebrate its 30th anniversary. He was one of fourteen artists who delivered interpretations of ‘Nothing Else Matters’.

A recent edition of The Metallica Podcast featured a number of different artists who were included on the release. They discussed their approach to the process and their relationship with the metal band’s music.

“We both have this following, we have these fans, people that, it’s part of their life, it’s everything, it’s memories, it brings them to a place of hope or something in the darkness. That’s where you find it,” Gahan said. “That’s what we both have in common, there’s a dark side to both our bands.”

This week’s episode goes behind the scenes of the #MetallicaBlacklist. Not just any covers album, it’s recorded proof of the power of The Black Album – featuring interpretations by 53 artists spanning genres, generations & the globe.

The podcast also featured Kamasi Washington, who covered ‘My Friend Of Misery’.

“I don’t see the point in me just redoing what someone else has done, the only reason for that is if you think the person didn’t do it well already. It was already really great, so what I was thinking was how can i take the essence of what this is and try to pull something else from this essence,” he said.

Kirk Hammett said on the podcast: “Kamasi Washington’s version of ‘My Friend Of Misery’, when I heard that I was like, ‘Oh my god this is just incredible, this is what I’ve been waiting to hear, a full on hard-hitting jazz rendition of one of our songs.’”

The rest of ‘Blacklist’ featured IDLES’ take on ‘The God That Failed, Rina Sawayama’s cover of ‘Enter Sandman’, Phoebe Bridgers‘ “baroque version” of ‘Nothing Else Matters’ and more.

In a three-star review, NME said: “With the help of a decent online support group, or a saint’s patience, you can pick out a fantastic tribute to one of metal’s sacred texts. Maybe even two.”