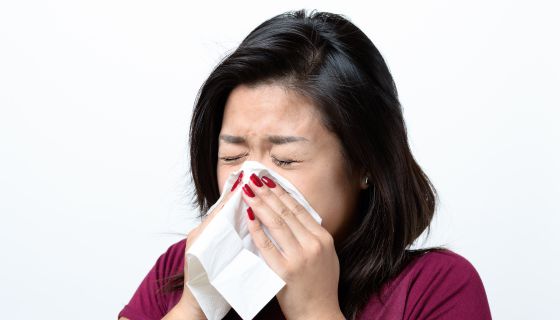 Did You Know You Could End Up On A Feeding Tube By Holding In A Sneeze?

Who knew holding in a sneeze could do real damage to your body? One guy found out the hard way after an unfinished ‘ah-choo’ blew a hole in his throat.

According to a case study published in the British Medical Journal on Monday, January 16, the “force the would-be sneeze tore through the st tissue in his throat, rupturing part it.” The 34-year-old man said he tried to hold it in because he feels it’s unhygienic to sneeze into the atmosphere or into someone’s face. Unfortunately, the last time he denied himself a good nosegasm, he felt a “popping sensation” in his neck, which then began to swell, the writes.

The unlucky fella was put on a feeding tube, as doctors reportedly feared he could begin to suffer from a deep neck infection. He was also given antibiotics. One week later, his wounds had healed and he was released. Woah—that happened.