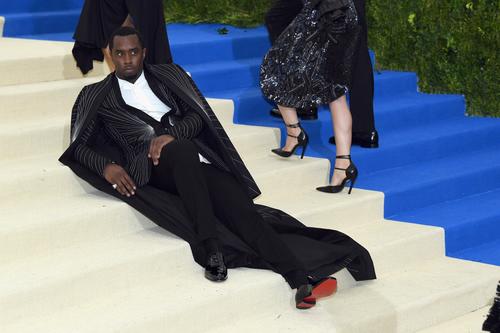 Back in November, Diddy surprised his fans when he announced his would be changing his name to “Brother Love,” which he later retracted. And while Diddy is no stranger to name changes, it would appear that he wants to give Love a second chance. In fact, as he tells it, he never intended to retract in the first place – it was simply at the request his PR team. Diddy/Love recently hit up Jimmy Kimmel to discuss his new show “The Four,” and ultimately ended up talking about his decision to go by Love from this point forward.

“I never went back to Diddy, and I made an edit from Brother Love to just Love,” clarifies Diddy/Love. “Who doesnt’t love Love?” And while it might be a little late for his longtime followers to make the transition, he did, however, clarify that it’s okay to still call him Diddy. “See the thing is, you can me the others names, this is just an evolution my spirit and my vibration, and I’m Diddy, but then during the days when it’s really really good I’m Love…which is all the time.”

There you have it. The man formerly known as Puff Daddy is currently going by Love. It may seem a little silly, but it’s hard to hate on the man’s infectious positivity. Whatever he’s doing, it’s clearly working for him. You can check out Diddy/Love’s appearance on Kimmel below, and stay tuned for big things from Love throughout 2018. He recently signed Joe Budden to the Revolt team, and is currently starring on the singing competition reality show The Four.