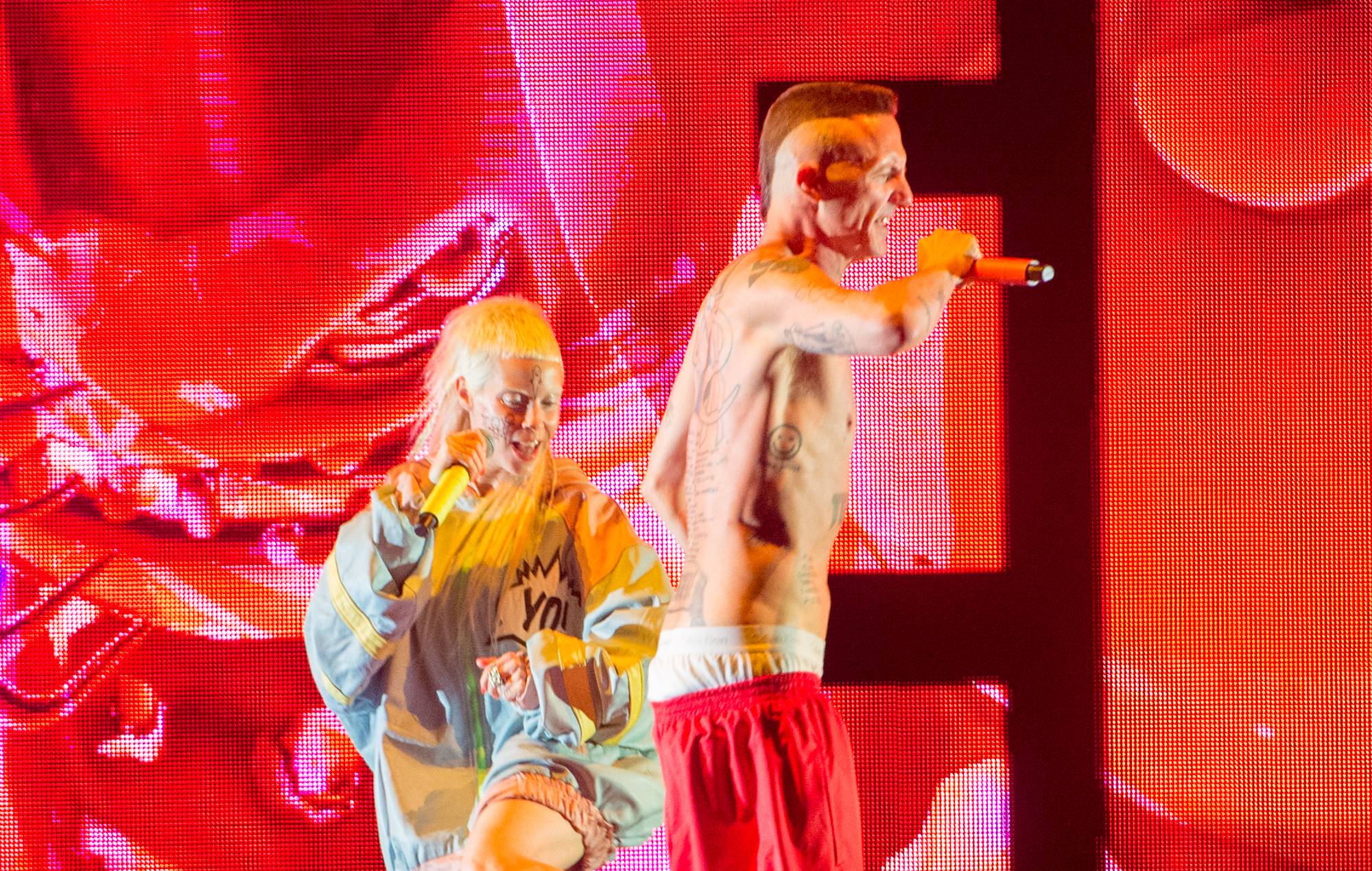 Die Antwoord will not appear at the London festival ALT+LDN this summer following a backlash from a number of the artists on the bill.

ALT+LDN is due to take place on Clapham Common on August 30, with Playboi Carti, Architects and Machine Gun Kelly among the acts set to play.

Die Antwoord’s presence on the ALT+LDN line-up has been publicly criticised by both ZAND and Bob Vylan in the past week (via Kerrang!) with both artists citing past allegations of abuse that have been made against the South African band, all of which Die Antwoord have always denied.

In a brief statement issued this evening (May 7), ALT+LDN confirmed that Die Antwoord would no longer be appearing at their festival “by mutual agreement”.

In a post on Instagram last week, ZAND explained that while they were grateful for the “insane opportunity” to play at ALT+LDN, “it must be said I do not feel comfortable at all with a certain band (Die Antwoord) playing this festival”.

“Having a safe space for victims and all people should be a priority to all of us and in this instance because it is not, I will not allow my stance on this to come off as complacent by not addressing what needs to be addressed,” ZAND continued, adding: “Every other artist on this bill: let’s get it.”

Bob Vylan frontman Bobby Vylan spoke out against Die Antwoord’s booking at ALT+LDN in a video on Twitter on Wednesday (May 5), and asked the festival organisers to remove the band from the bill.

“If not, I and other acts I’m sure will protest their presence with our presence, and make it extremely fucking uncomfortable for them to be there, I can guarantee that,” he said.

Regarding Die Antwoord at Alt+LDN. I would ask the other (bigger) artists on this festival to do some research on Die Antwoord’s history of abuse, racism and homophobia and ask that they are removed from the festival. pic.twitter.com/2r0veIrB5e

In August 2019, Die Antwoord were removed from the line-ups of several music festivals after video of an alleged homophobic attack against Hercules and Love Affair‘s Andy Butler went viral.

Die Antwoord’s Ninja – AKA Watkin Tudor Jones – claimed in response that the clip of the incident had been “cleverly edited to make it seem like me and Yolandi [Visser] committed a hate crime towards a person because they are gay”, and denied that the band were homophobic.

Queensland Police subsequently confirmed [via The Music] that “the complaint of the sharing of intimate images was thoroughly investigated, and, due to subsequent legal advice, it has been determined that the chance of a successful prosecution was unlikely.

“The matter is now finalised, and the police have advised the complainant of this outcome.”

Jones denied all of the allegations at the time, describing them as “wild and unsubstantiated stories from people who have an obvious agenda and animus against me”.