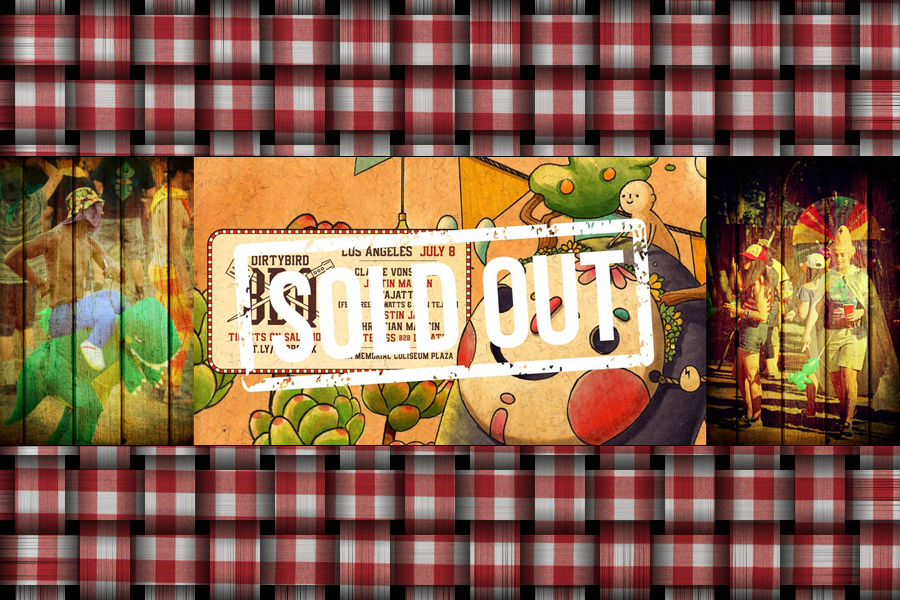 At the end of 2017, Dirtybird records held a nationwide contest asking fans what city they should bring their legendary BBQ event to next. From Christmas day until New Years, fans had the chance to vote for their city to be filled with the wafting scents of BBQ smoke and the sound of beats from the dirtiest label in the game banging in the background all day long. Even though Dirtybird was founded in San Francisco, the label has been heavily embraced by the Los Angeles scene and it has become something of a sister city for them – so it came as no surprise that Los Angeles was the winner of the voting contest by a landslide!

Now, thanks to voters, next weekend Dirtybird’s roster of grillmasters and studio-chefs will be in town for Dirtybird BBQ’s Los Angeles debut! In addition to great food and music, all fans have the chance to participate in the Dirtybird BBQ Best In Show and compete for the chance to win a full-year Birdfeed Subscription and a pass to Dirtybird Campout.

The Best In Show contest has four categories: best custom creations, best costume, best dance moves, and overall best in show. Be sure to grab an entry form when you arrive at the box office or at the merch booth. Fans will even get the chance to be the Simon Cowell (or more likely a “Coca-Cola” cup wielding Paula Abdul) of the judging panel as one lucky fan will be picked from the crowd to help judge the contest! If you need some help brainstorming ideas check out this video of the Best in Show contest held at the Oakland edition of BBQ.

Taking place this upcoming Sunday at the LA Memorial Coliseum Plaza and utilizing a time-tested and perfected party recipe of great food, the best crowds around and, of course, saucy sets from your favorite Dirtybird DJs, this weekend is set to be the best BBQ Dirtybird fans will attend all year! The lineup includes Claude VonStroke, Justin Martin, Wajatta (Reggie Watts & John Tejada), Justin Jay, Christian Martin, and Dateless B2B Lucati. The party is 18+ and tickets are unfortunately completely SOLD OUT. However, tickets for the Official After Party at Exchange LA are still available here.