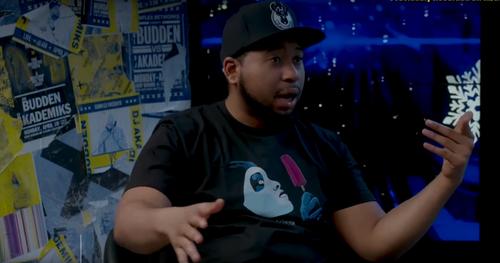 2018 is only a few days old, but it’s already starting f on a wild note. DJ Akademiks, known for building his own personal media empire (complete with a loyal following) and co-hosting Everyday Struggle, is apparently facing jail time. It’s not clear as to why the media personality may be locked up, but the #freeAK hashtags are already flowing. A few videos have surfaced from his live streams, in which he alludes to his upcoming court date, telling fans “if I’m gone for the next couple weeks man, listen man, it was real. I never been to jail before.”

Footage Ak’s court appearance has also surfaced, compiled in video format below. The clip also shows more footage from Ak’s stream, in which he gives claims “they might lock a n***a up in the morning (3:27)…caught a little case, you feel me? I thought about running, but I didn’t kill nobody. The worst they could give me is like five to ten years. I could snitch on like five people and probably get a couple months, that’s a joke, that’s a joke.”

As now, the story is still developing. We’ll keep you posted as more details surface, and hopefully we can get more on Ak’s potential incarceration by the end the day. As it stands, his fanbase is keeping him locked down, so if any ya’ll are frequent viewers Ak’s twitch, feel free to sound f below. It does raise an interesting question, however…did this have anything to do with Everyday Struggle’s sudden implosion?