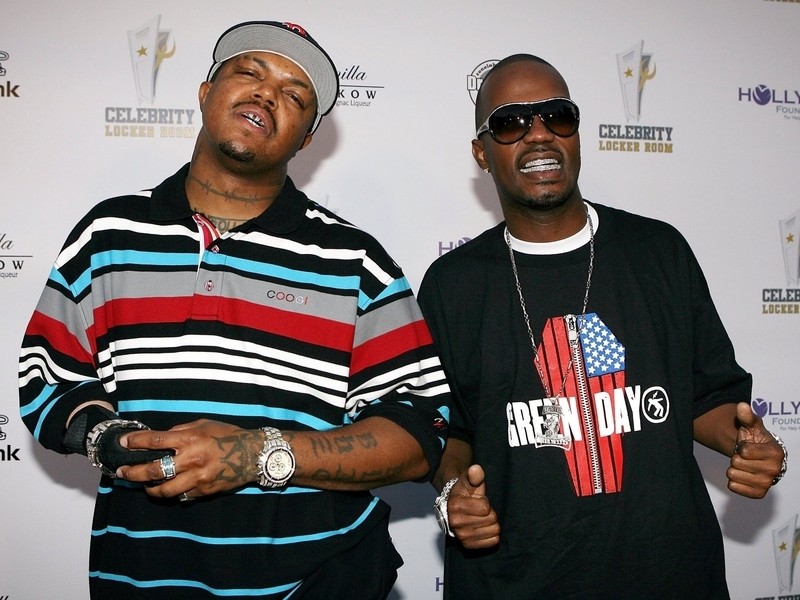 Fans can stop holding out hope for a Three 6 Mafia reunion, according to DJ Paul.

In a conversation with Complex, Paul claimed Juicy J has officially “resigned” from the group.

“Me and him had a conversation maybe four months back,” Paul told Complex. “What he told me was, ‘I’m done with Three 6 Mafia and I’m just gonna keep moving forward with my solo stuff.’ His solo stuff has been successful, so I wasn’t tripping out. Everyone has seen it coming. Me and him haven’t worked together in years.”

Although the two haven’t collaborated in years and Juicy wasn’t part of Three 6 Mafia’s partial reunion as Da Mafia 6ix, Paul felt the need to give a definitive statement on the situation.

“It’s time to tell the fans because they keep asking,” he said. “They need to know. There ain’t no use in us playing like it’s going to happen one day.”

“He’s not resigning from the group,” Juicy’s manager told Complex. “We still planning in the future [to] do some Three 6 Mafia stuff.”

Paul claims the group has been offered paydays of $250,000 or more for reunion shows, but they’ve always been turned down because the two “could never really see eye to eye on how the business side of it would go.”

Crunchy Black and Gangsta Boo, the other living members of Three 6 Mafia, were unaware of the conversations between Paul and Juicy.

“I haven’t talked to nobody about it,” Black told Complex. “I guess they was keeping it a secret, and now they’re gonna let it out. They’re grown men … I’m not trying to be in the mix of what Paul and Juicy got going on.”

Boo added, “Paul told me we may get back on the road together minus Juicy and ask[ed] me if I was down, I told him yes. I don’t know what they pillow talk about but I am always [Three 6] Mafia and will ride for the name ’til the end. I don’t use the name to throw it away when it’s convenient. It made me who I am today and I’m okay with that.”

Da Mafia 6ix — the closest thing to Three 6 Mafia reunion — featured all of the original members except for Juicy. It existed for two years.

This iteration of the group suffered a devastating loss when Lord Infamous passed away in December 2013, just one month after the release of their first project, 6ix Commandments.

Read the full story of Paul and Juicy’s division here.