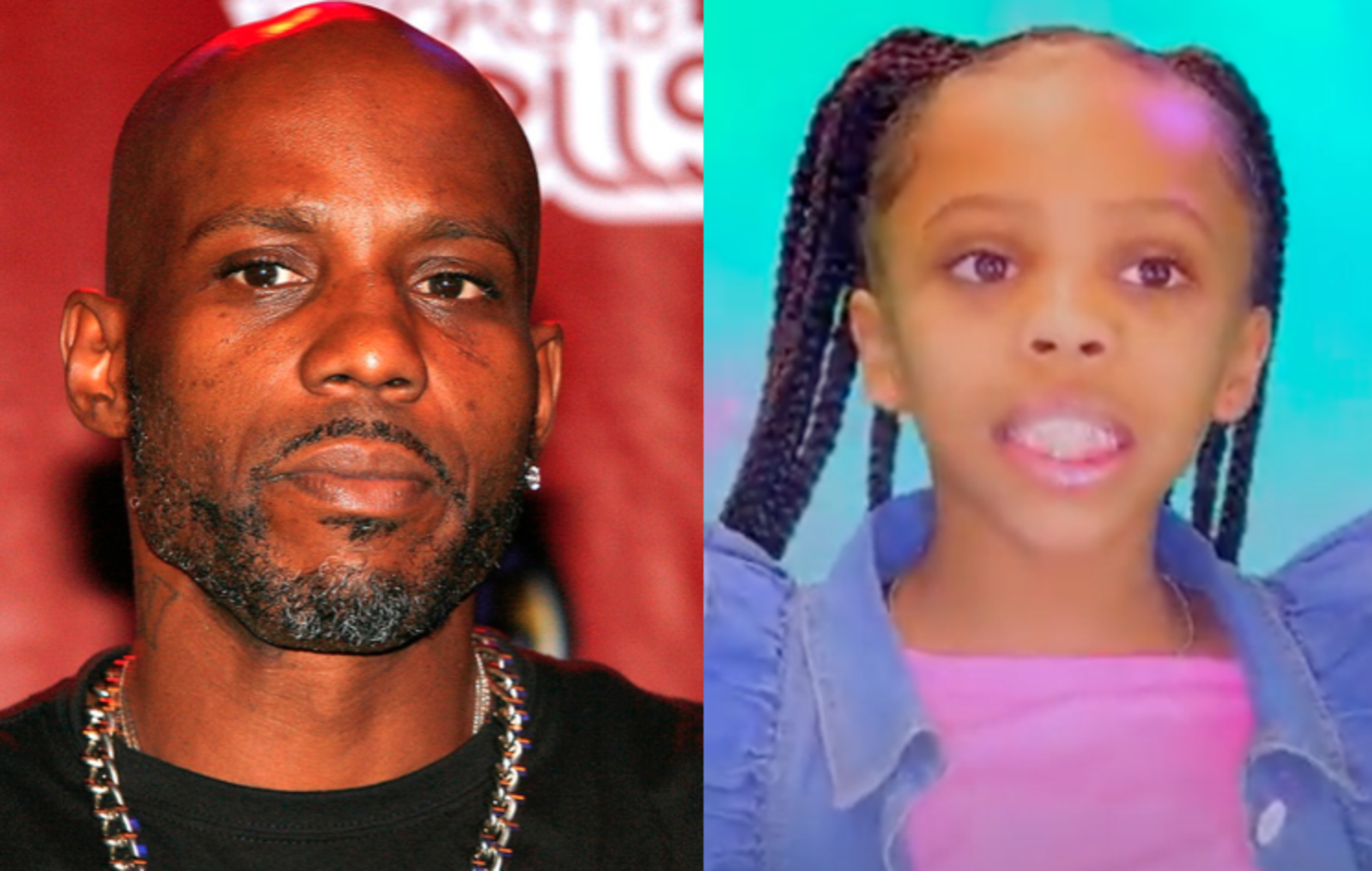 Speaking in a new interview, the eight-year-old, who is one of the late rapper’s 15 children, explained how her father inspired her own music.

“Whatever is on my mind, I just write about it,” Hillman Jr. told NBC DFW. “Rapping makes me feel powerful. Someday I want to own a mansion with 15 bedrooms.”

According to the news outlet, producers have asked her to collaborate with her dad posthumously on two songs. For what project is not yet known.

Hillman Jr., who released the music video for her single ‘TikTok Kid’ on Saturday (May 8), months after her debut single ‘I Hate Zoom’, also named her favourite song by DMX.

“My favourite song of his is ‘Party Up (Up in Here)’,” she said. “He was happy when I told him I wanted to rap.” According to NBC DFW, Hillman Jr. is currently working on 20 songs.

“Sometimes she looks just like him depending on the angle you catch her,” she said. “She has a lot of his traits as far as an artist. Writing is easy for her.”

DMX, whose real name was Earl Simmons, died on April 9 at the age of 50. He was first hospitalised following a heart attack as a result of a reported overdose on April 3, where he had remained in intensive care since.

Last month, Nas, Eve and Swizz Beatz joined friends and family of the late rapper at the ‘A Celebration Of Life’ event held at Brooklyn’s Barclays Center. The event also saw Hillman Jr. rap her own version of DMX’s ‘Slippin”.

“In his final interview, hip hop legend #DMX opens up about his personal life in his own words on #UncensoredTVOne,” Hughes tweeted.