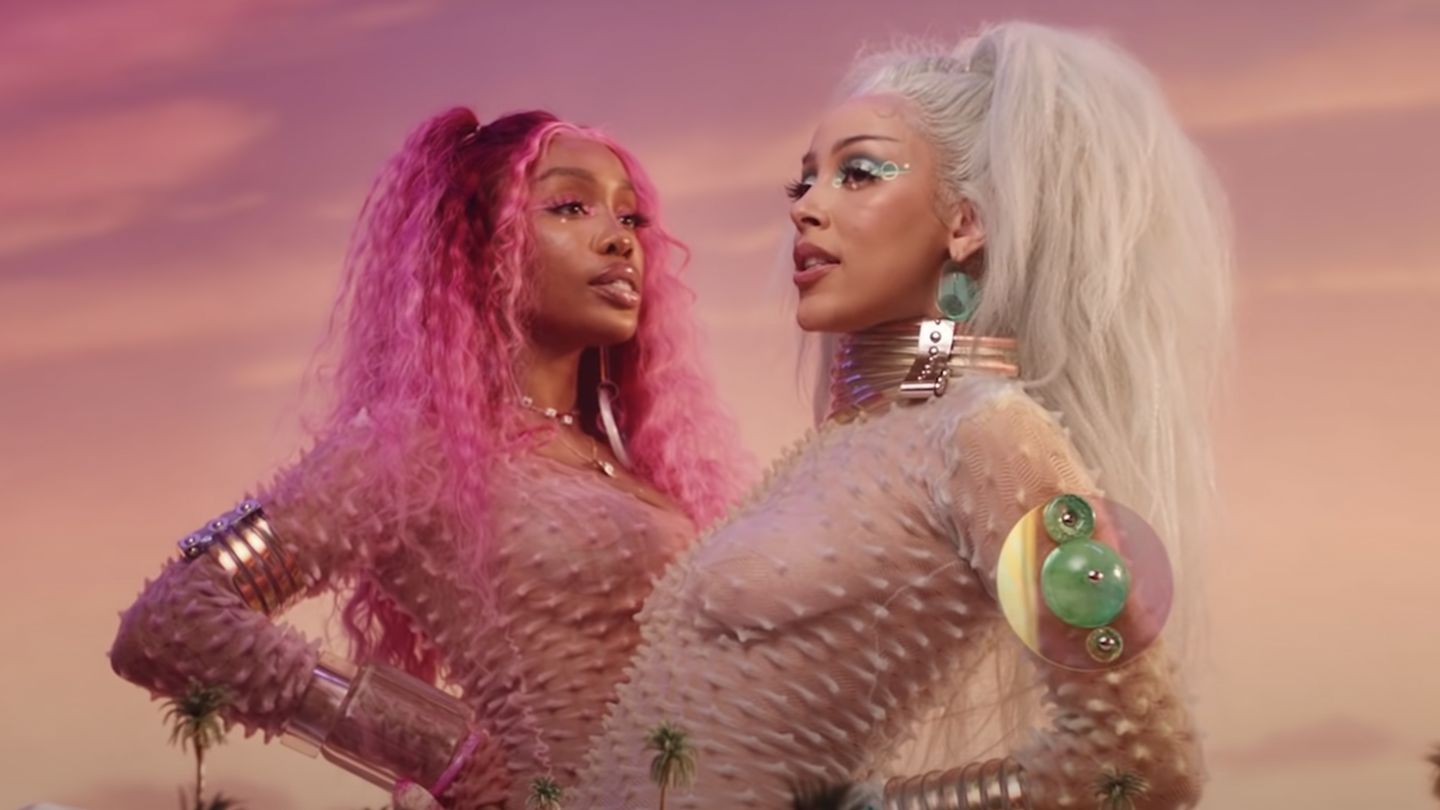 Welcome to Planet Her. It’s a mysterious, flourishing world filled with glittering oases, calming zen gardens, pastel sunset skies, and blossoming cherry trees that is ruled by two larger-than-life queens: Doja Cat and Sza. This is the backdrop for the team’s newest music video for “Kiss Me More,” out Friday (April 9), and the first glimpse of Doja’s forthcoming album, Planet Her.

The Warren Fu-directed visual kicks off when a wayward astronaut, played by Alex Landi, crash-lands during a mission to explore the uncharted planet. As he voyages through sand and sea, alien versions of Doja and Sza provide soulful ambiance to his journey as they croon along to the sensuous, slow-grooving disco track. Doja is no stranger to serving out-of-this-world looks — last year, she became a pink creature for her performances of “Say So” and “Like That” at the 2020 Video Music Awards.

But it’s not all smooth sailing. After meeting Doja and Sza, the astronaut wakes up in a glass tube only to discover that he’s become the girls’ latest treasure among a collection of other men who have tried to scope out their home before him. The two enjoy a hilarious ending scene where they play a video game version of the astronaut’s adventure and poke fun at the pronunciation of Earth.

Chatting with Sza for V magazine last month, Doja Cat described how her musicality is slowly crystalizing into the singular sound heard on “Kiss Me More.” She said, “For me, I want to try all these things, but I’m starting to learn what I’m falling into is a lot of the house, disco, vintage-y essences—that’s where my heart kind of lies. But I still am doing shit that I don’t understand. It’s still really fun!”

Last September, she revealed on Instagram Live with the rapper Fat Joe that her forthcoming album was already finished. “It’s all ready. I hate that I’m holding onto it right now,” she said. “They are going to get an album that I 100 percent am ready to drop and I am overly excited to put that out.”