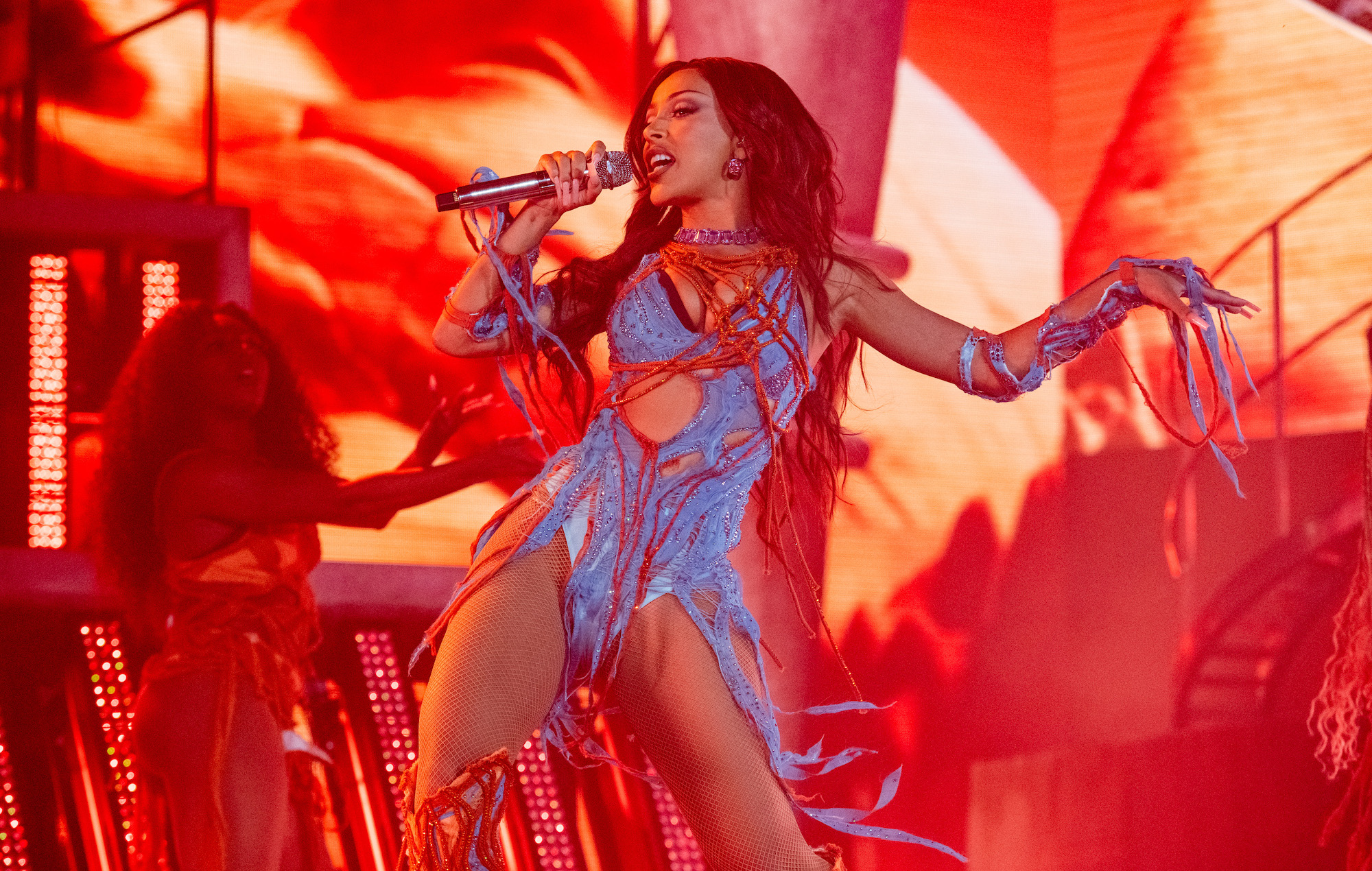 Doja Cat has announced the release of ‘Vegas’, her contribution to the soundtrack for the upcoming Elvis biopic.

The Baz Luhrmann-directed film will be released in cinemas on June 24, with Austin Butler portraying the King of Rock’n’Roll.

After previewing ‘Vegas’ in her set at Coachella 2022 earlier this month, Doja has now confirmed the release of the track. The song will arrive next month, although an exact date is yet to be announced.

A snippet of the song has also been shared online, revealing that the track samples vocals from Big Mama Thornton’s ‘Hound Dog’, which was once covered by Elvis himself. Listen to a clip of ‘Vegas’ below now.

The full Elvis soundtrack will be released this summer via RCA. The exact nature of the accompanying record has yet to be confirmed, although a spokesperson for the label told Variety “the album will include variations on Presley material that include contributions from a number of name artists representing different genres”.

The first trailer for Elvis was shared back in February, giving fans a first glimpse at how the film will encapsulate the iconic musician’s life and career. The movie will explore Elvis’ relationship with his manager Colonel Tom Parker (played by Tom Hanks), from his rise to fame to his unprecedented stardom.

In other Doja Cat news, the star will feature on Post Malone’s new album ‘Twelve Carat Toothache’. The rapper shared snippets of tracks from the record on a livestream on Saturday night (April 23), including one that Doja features on called ‘Happy’.

“I’m so blessed and honoured to have worked with her,” he told fans while introducing the track.