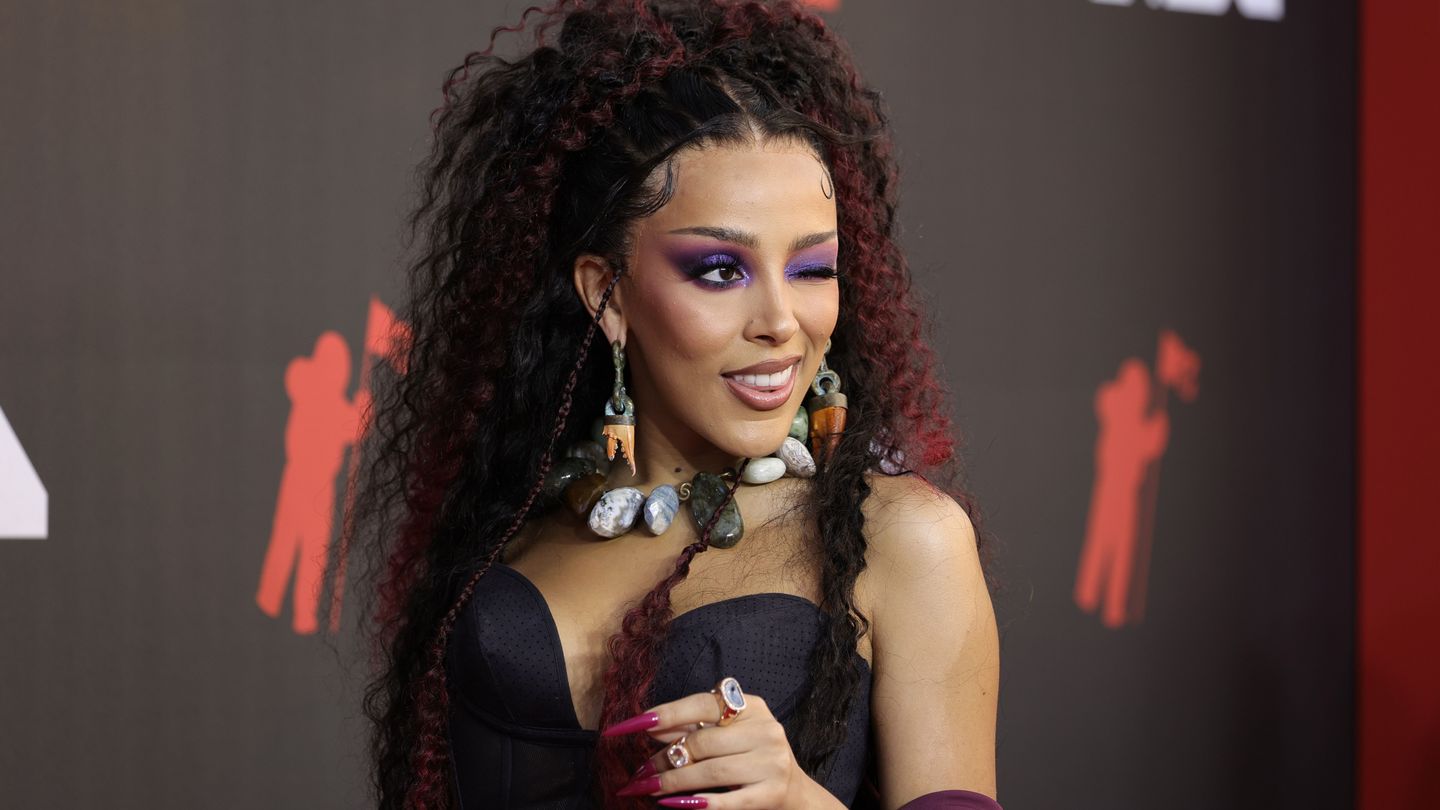 Taking a break from her hosting duties at the 2021 MTV Video Music Awards, Doja Cat took the stage for a sizzling live performance of her songs “Been Like This” and “You Right” on Sunday (September 12) at Barclays Center in Brooklyn. Both tracks are featured on her debut album Planet Her, which was released in June.

Introducing Doja Cat was gymnast Simone Biles, who said: “I’d say [Doja Cat’s] Team U.S.A., but I think she prefers Planet Her.” The introduction was appropriate for the high-flying performance that would ensure. Doja began “Been Like This” floating above the stage, surrounded by an orb of circling light.

She was the fourth performer to begin their act suspended — after The Kid Laroi, Justin Bieber, and Olivia Rodrigo. Her body contorted mid-air as fans’ hands stretched upwards toward her. As she completed “Been Like This,” Doja Cat descended to the stage to begin singing “You Right.” Her scarlet-red attire was a stark contrast to the two dancers garbed in blue, and the trio launched into intimate martial arts-tinged choreography.

Earlier in the week, Doja Cat said she was “very honored” to return to the VMAs after delivering a knockout performance of “Say So” at last year’s ceremony. “There’s not much of a fear of not topping [the last performance],” she told MTV News correspondent Dometi Pongo. “I like to do everything, I like to try everything once.”