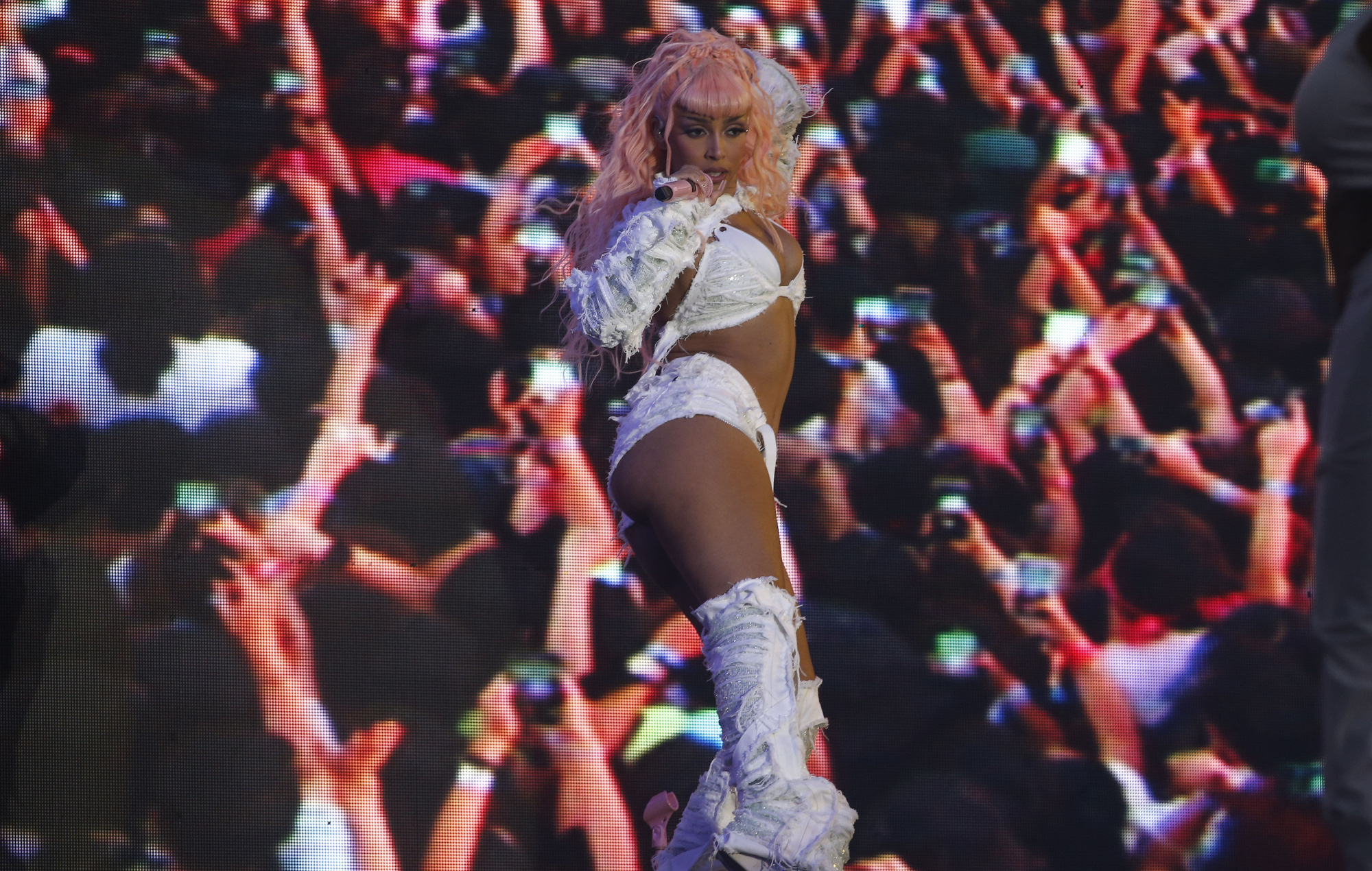 Doja Cat brought her set at Lollapalooza Argentina to a standstill over the weekend (March 19), after being alerted to an audience member requiring medical attention.

The American singer and rapper was performing her song ‘Options’ when she called for the track to be cut midway through, Billboard reports. Addressing the crowd, she asked if “somebody needs help out there”, to which a section of the crowd waved and pointed. “We can’t have that,” the singer said, before communicating with security and stage management to take care of the fan. “I can’t keep going if things aren’t good.”

While her band and dancers waited for a sign that it was okay to continue, Doja Cat addressed the audience to stress the importance of safety. “It’s nobody’s fault – these things happen, there’s a lot of people,” she said. “Don’t get sad or upset – I’ll be back, I will. I promise.”

Sure enough, moments later, she was given the all-clear to finish the set – which concluded with her Number One single ‘Say So’.

Crowd safety has become a paramount issue at large-scale events in the wake of the Astroworld tragedy of 2021. Earlier this year, Billie Eilish stopped two of her own shows for similar reasons – one in Atlanta, and one in New York City.

“I wait for people to be OK [before] I keep going,” Eilish said to the audience at the time of the first incident.

Doja Cat was one of several marquee acts to perform at the South American version of the Chicago-based music festival over the weekend. Others on the line-up included the Foo Fighters, The Strokes, Miley Cyrus and A$AP Rocky.