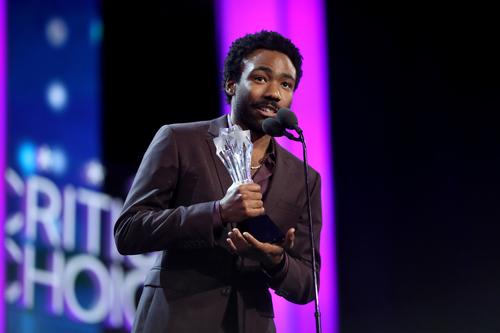 Donald Glover And His Girlfriend Welcome Their Second Child

Hours after the second season his series Atlanta landed an ficial premiere date, Donald Glover continues his epic winning streak with an even better announcement. Entertainment Tonight reports Glover and his girlfriend Michelle have ficially welcomed their second baby into the world, telling Entertainment Tonight that “She’s great. She’s good. Baby’s born, so she’s happier now.” Congratulations to the Glovers, who seem to be earning themselves no shortage that lately.

As now, that’s the only information Donald Glover has chosen to reveal. In the same interview, Childish Gambino spoke about his creative process, alluding to one his other, non-human babies – Atlanta Robbin Season. When asked about his creative process, Glover explained his preference for patience, stating “I don’t rush my work. I don’t think we’re the type people to do that. “I’d hate to be like, ‘It was worth the wait.’ You’ll decide that. But it definitely won’t be cheap because that. It’s a good season. I really like it.”

With the second season set to premiere on March 1st, Glover also has appearances in Solo: A Star Wars Story and The Lion King, as Lando Calrissian and Simba, respectively. Pretty impressive, for a man who once got his start doing viral sketch comedy. Perhaps there will be an EGOT in the young father’s future; after all, he’s one the only candidates who might actually be able to pull it f.

Once again, congratulations to the ever-expanding Glover family!