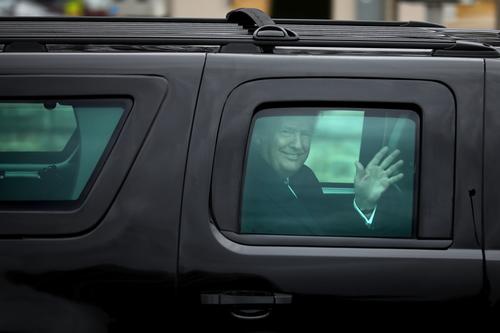 Donald Trump has reportedly cancelled an upcoming visit to the U.K. because, the last time he was there, members the British government that came into contact with him didn’t show him “enough love.”

According to The Sun, Trump has spurned his already-strained relationship with the United Kingdom because, in his mind, no one fawned over him enough on his previous journey to the country.

A U.S.-based source is claiming that 45’s administration is using an embassy’s location as a bogus reason to cover up why he’s really avoiding the trip. “He felt he had not been shown enough love by the British government,” the source said. “He started to believe that the British government thought the same way about him as Sadiq Khan the mayor London] and Jeremy Corbyn the Labour leader], who have made clear their disdain for him and said he is not welcome in the UK.”

Corbyn has done his best to add fuel to the fire after downplaying the importance a relationship with Trump and the United States during a Sunday TV interview.  “I am not sure anyone has succeeded in defining the special relationship,” he remarked.”I was told by a former PM that if they specified what it was, it wouldn’t be a special relationship.” There’s no telling if the President will be rescheduling his trip across the pond or if he intents to give the Brits the cold shoulder indefinitely, but this is another example how Trump’s ego continues to alienate the important political figures in other foreign countries.

For more on Trump, including what Cardi B had to say about him, click here.